A beautiful morning and as I had seen Golden Oriole yesterday rather than a long journey over to the Aroyo Marin I decided to seek out an Alpine Swift up at the pass at Ventas de Zafarrya and then follow on down the mountain track to the Alcaucin picnic area in the hope of some small passerines.  A sort of bad news all round as now swift and very little else to be seen a s I walked the track up through the tunnel and as far as the old ruins. 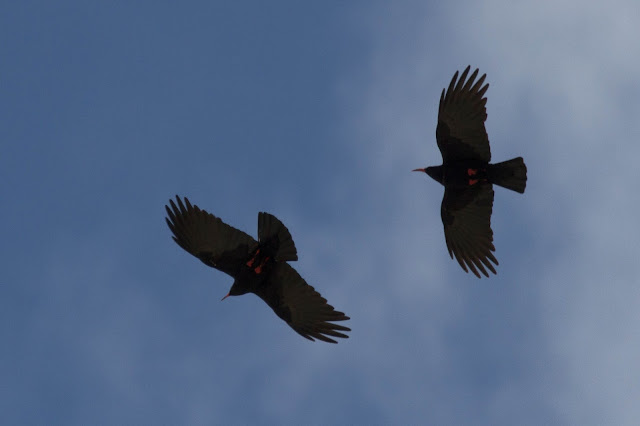 An early Blue Rock Thrush promised much especially as the Choughs started calling and reeling around the rock face.  A Black Wheatear was quickly added to the list and then a rather long wait before finally recording a number of Stonechats.  A lone Woodchat Shrike was found on the wire beyond the ruins and the return walked picked up a Crag Martin.  Above the tunnel entrance a couple of Rock Sparrows were much appreciated.  All quite disappointing and as I sat in the car completing the list unaware of each other John and Jenny Wainwright had turned up.  Reversing the car I saw Jenny and John who had passed by my car minutes before returned so that we could get up to date with all sorts of news. 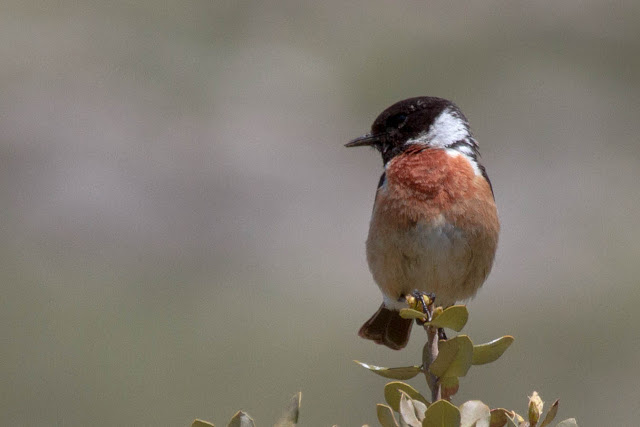 Hearing about the orchids beyond Zafarraya I left John and Jenny in the company of the Spotless Starlings that had turned up and dove over to take a look.  Whilst on the bank I also saw Blackbirds, Azure-winged Magpies and Chaffinches then it was taking the back roads through the village, recording Mallards on the pond, and on to the "Muck Heap", where I recorded Blue-headed Wagtail and Crested Lark, then up to the "Magpie Woods" picking up Mistle Thrush  and Barn Swallow, and back to start on the track down to the picnic sites.


The drive down the mountain track was very quiet.  My usual circular walk following the stream only produced a Wood Pigeon, Blue Tits, Goldfinches and Chaffinches but upon returning I did at least have a couple of Crossbills drinking from a puddle.  Only 21 species in a couple of hours but at least I was out of the house and enjoying the beautiful weather and countryside.

Check out the accompanying website at http://www.birdingaxarquia.weebly.com for the latest sightings, photographs and additional information.
Posted by Bob Wright - The Axarquia Birder at 08:04