Having finished breakfast the five of us drove over to the other side of the airport the Guadalhorce reserve to meet up with other members of the Axarquia Bird Group for our monthly field meeting. Joined by Arthur Oliver, Liz and Marcus Rootes and Lesley Laver we st off towards the eastern canal and its three hides with numerous Barn Swallows and House Martins overhead having already observed Collared Doves on arrival.

Rock Doves under the bridge along with the feeding hirrundines and then a number both Blackbirds and Sardinian Warblers as we approached the eastern canal along with the first of many Goldfinch sightings.  At the Laguna Casillas we were greeted by a number of White-headed Ducks and Pochards. A pair of Red-crested Pochards were on the far side along with the Mallard and even a pair of Gadwall in front of us along wit the odd Little Grebe.

Overhead Common Swifts with the House Martins and Barn Swallows but the real excitement was behind us as Barbara, and I have no idea how, managed to find a gorgeous male Golden Oriole well-hidden in a distant small tree.  Fortunately, the bird remained in the vicinity long enough for all to get a sight through Derek's scope.  Moving on we had a brief sighting of a Red-legged Partridge below the rock slope to the left.

On the Wader Pool more Black-winged Stilts and a couple of Little Grebes along with Little Egret and Moorhen.  A pair of Avocet were feeding and a Kestrel rested in a distant tree at the back. Moving on we had Greenfinches to the right and Bee-eaters overhead along with a passing Yellow-legged Gull.

Reaching the Rio Viejo (Old River) we found the waders and a little more.  Not just Avocet and Black-winged Stilt but Redshank, Grey Plover and many Great, Little Ringed and Kentish Plovers.  Lovely to see the Curlew Sandpiers with many coming into full breeding plumage and then a couple of Sanderling.  A pair of Flamingo were out in the main body of water along with a couple of Shelduck.  Whilst watching the Little Stint we found a Great Reed Warbler displaying on a tall reed in its well-recognised pose. 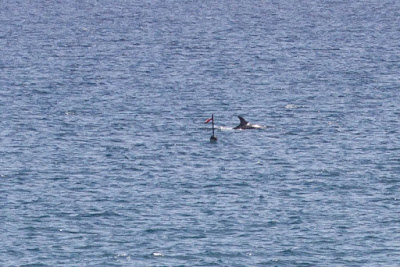 Very little to be seen from the Sea Watch other than a pair of Great White Egrets flying westwards and a small school (*) of dolphins feeding out at sea and returning by the same route, noting the pair of Slender-billed Gulls that alighted on the Rio Viejo, we made our way to the Laguna Esconida but stopped on the way to admire a small Chameleon Chamaeleo chamaeleon as it headed for cover.  The water itself included nothing new but lovely to see more White-headed Ducks and Pochards along with the Little Grebes.


Observing Crested Larks on the way to the main hide overlooking the Laguna Grande on arrival we found a good number of Grey Herons and even more Little Egrets.  A Black-necked Grebe patrolled the water nearer to us whilst below on the sandy beach we had both Little Ringed and Ringed Plovers.  On the far left at least a trio of Spoonbills were found.  More Black-headed Gulls arrived and a lone Blue-headed Wagtail worked the grasses below.  Meanwhile, next to the Black-winged Stilt on the far side of the nearby small island, as the Avocets changed places on their nest we could confirm that the nest contained four eggs. 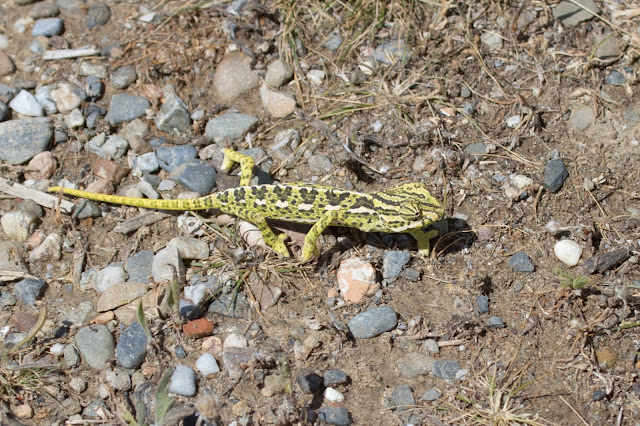 Red-rumped Swallows as we made our way back to the  cars and a lovely way to finish the morning spent with good company and in pleasant weather which produced over 40 species plus those seen by others that I may have missed.

(*) Collective noun for dolphins may be herd, pod or school


Check out the accompanying website at http://www.birdingaxarquia.weebly.com for the latest sightings, photographs and additional information.
Posted by Bob Wright - The Axarquia Birder at 07:47