Jenny to the airport this morning by 9.45 so a chance to drive over to the Teba Gorge in search of a first Alpine swift for the year and then on to Fuente de Piedra in the hope that both the Ruff and White-winged Black Terns seen recently were still about.  However, not the best of starts as we set off in torrential rain.  On the other hand, by the time i had stopped for a coffee and finally arrived at the gorge by about 11.45 the rain had stopped and there were even a few signs of possible blue sky and sun to follow.  And so it happened and as a result I had almost four hours of dry weather with the occasionally sunny periods and never cold.

It looked a little devoid of birds on arrival at Teba Gorge with just the occasional Barn Swallow and Spotless Starling about but a couple of Crested Larks in the neighbouring field having parked up the car in a lay-by immediately before the bridge was encouraging. Walking up towards the narrow part of the gorge I had a disappearing Blue Tit with both Rock Doves and Jackdaws overhead and making repeated visits to the cliffs on both sides.  Overhead many House Martins and Crag Martins and then, out of nowhere, a Bonelli's Eagle drifted across.

Meanwhile, a closer inspection of the cliff faces produced both Black Wheatear and Blue Rock Thrush along with a few Pallid Swifts.  A Grey Heron moved up the valley and then I heard the unmistakable calling of the Choughs and the "hooping" of a nearby Hoopoe.  Returning to the car I retrieved the scope and soon found both the Choughs and a Hoopoe but also a lone Griffon Vulture. Looking back along the road away fro the gorge a"strange looking" Blackbird on the thrid telephone post required the scope and surprise, surprise it turned out to be a male Rock Thrush, my first of the year and I am not visiting the Sierra Loja until next week!


By now both Blackbirds and Nighingales were calling and singing whilst the local House Sparrows made the most of the drying weather.  Sadly, no sign of the wanted Alpine Swift but, on the other hand, a large raptor approaching from the front revealed itself as an adult Golden Eagle.  What a wonderful sight.  To think I set out for one new bird and ended up with two more for the year list but not the target bird. 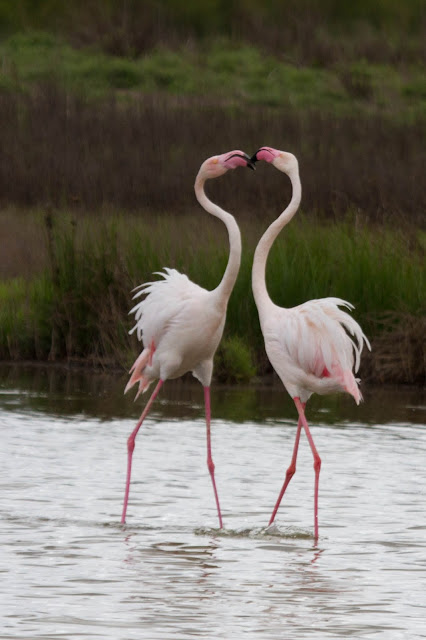 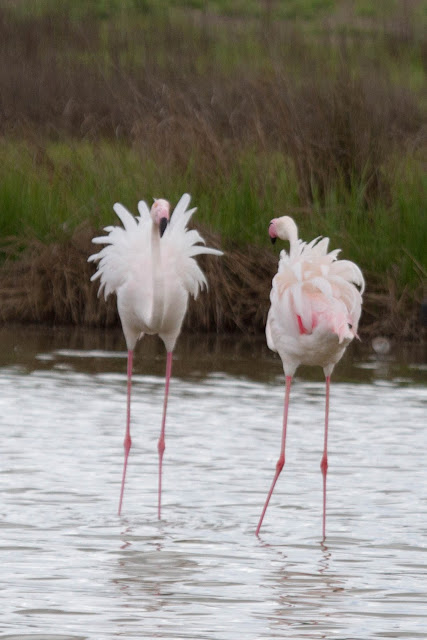 So on to Fuente de Piedra via a five-minute sop at Laguna Dulce to confirm that all was still dry and no birds, other than local Corn Buntings and Goldfinches, to be seen.  Driving in an anti-clockwise direction towards the Visitors Centre I had hovering Common Kestrels and both Serins and Linnets along with Stonechats plus a single Woodchat Shrike.  Wonderful to be greeted by not only plenty of water on both the flooded field to the left but also the scrape and area under the causeway.  The flooded field was full of Coots, Flamingos and Black-winged Stilts on the water with many Barn Swallows and House Martins in the air above.  But not just hirrundines as there also feeding terns. The Black -winged Terns look most resplendent and then, not only the moulting White-winged Black Tern that had recently been seen but also fully-moulted adults.  As they moved up and down the water completely oblivious to me sitting in or standing next to the car they were a joy to watch. 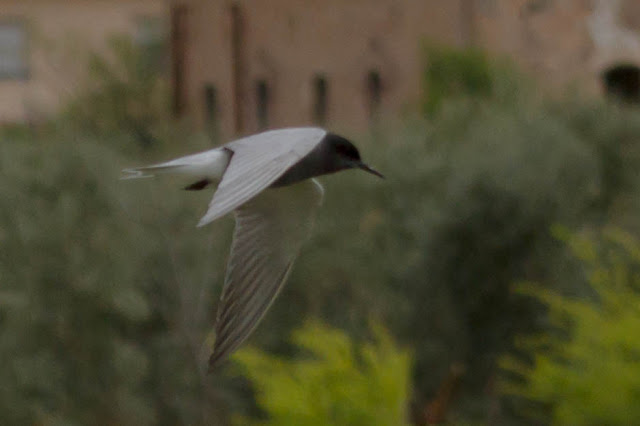 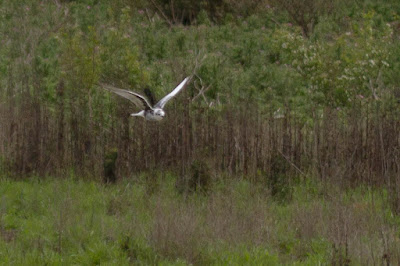 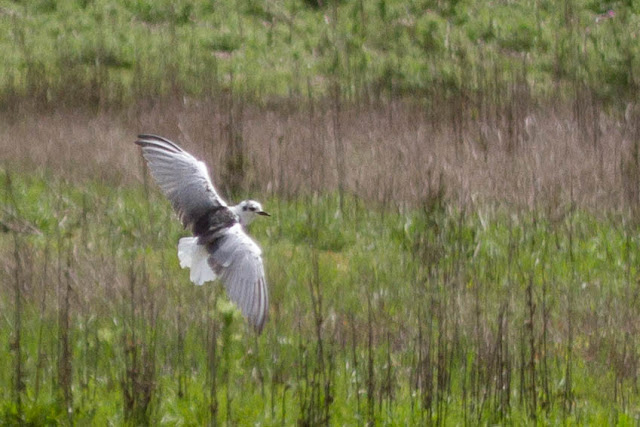 I made a more detailed study of the water and especially along the edges and soon picked up the Avocets and a couple of Common Sandpipers.  Most of the smaller waders were Ringed and Little Ringed Plovers but there were also a handful of Ruff, a small number of Little Stint. a good number of Curlew Sandpipers and the odd Sanderling.  Finally, a pair of Gull-billed Terns joined their feeding cousins before I moved on to the main car park in readiness to visit the remaining water spots.

Bits and pieces on the scrape including a pair of Shelduck and also good to see the main laguna full of water - even if probably less than a couple of centimetres deep.  So to the laguneta round the back where a good assortment of ducks were to be found including Mallard, both Red-crested and Common Pochard, Shoveler, Gadwall and White-headed Duck.  More Flamingos here as well as a plentiful supply of both Coots and Black-winged Stilts.  The Avocets were nesting on the island and a number of Little Grebes and Moorhens paddled about.  Overhead, Barn Swallows and House Martins along with Black-headed Gulls but only Gull-billed Terns. 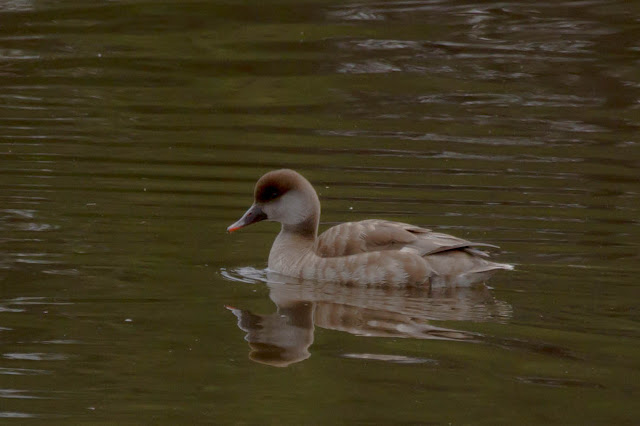 Returning to the car via the scrape I picked up a number of Curlew Sandpipers along with a Dunlin and a few Redshanks.  Lovely to still see a couple of Wood Sandpipers and Little Stints whilst a Yellow (Blue-headed) Wagtail wandered the beaches.  From the car park I drove the short journey back to the side of the flooded field and continued to watch the feeding terns - and I even read a couple of chapters of the book with which I have been most engrossed as the rains arrive just before 3.30.  Obviously in for a long session so with much sadness bade farewell to the lovely sight and headed back to Mezquitilla.