What better way to enjoy what was forecasted as the last sunny day for a while than to take the relatively short drive along the eastern motorway to Motril and spend a few hours at the Charca de Suarez.  No sooner under way and I realised that it was colder and more cloudy than had been forecast and, approaching Motril, realised that the locals had recently experienced a little rain.  But not to worry the weather soon began to warm up and was very pleasant if you could keep out of the cool breeze.

But that was just the start of my problems.  Having driven at the maximum permitted speed to arrive in time for the 9.30 opening knowing that the gates are only oped once now that we are in the breeding season, I then discovered that the actual opening time was 10 rather than the above.  What to so for thirty minutes?  In my case a quick drive round the corner to "Turtle Dove Alley" where I quickly found a pair of Red-rumped Swallows and a Woodchat Shrike.  I had already passed a Kestrel on the wires and a couple of active Blackbirds along with the local House Sparrows and a handful of Spotless Starlings so the list was already started. 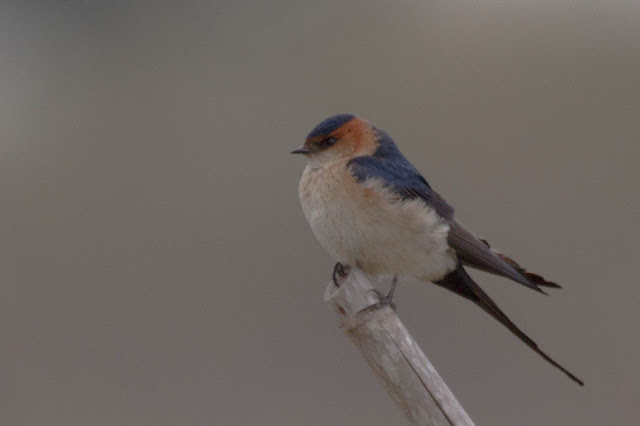 Returning to the Charca de Suarez, I stopped first at the Laguna de Taraje but no sign of the resident Little Bittern, just Mallards and Moorhens with the odd Common Coot and lots of House Martins overhead.  At the same time a pair of Little Grebes popped up from round the back and a few Common Swifts passed overhead along with a single Cattle Egret. 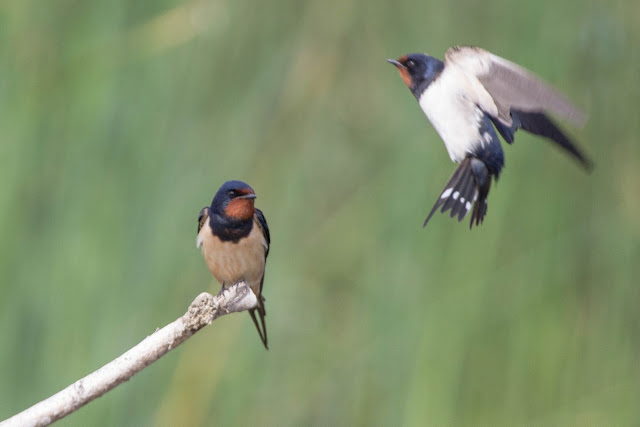 On round to the Laguna del Alamo Blanco where I found David and Ann Jefferson ensconced and on the lookout for either/both Water Rail and Spotted Crake.  The area was awash with Barn Swallows, feeding overhead and resting on the planted perches in front of the large hide.  A few Mallards and a couple of Black-winged Stilts were at the back of the water along with Little Egret and then a Little Ringed Plover made a very short stop followed by a single Redshank that remained for longer.

The nest sighting was that of a Sedge Warbler that was foraging in the reeds below whist a Cetti's Warbler and Hoopoe could be heard calling. 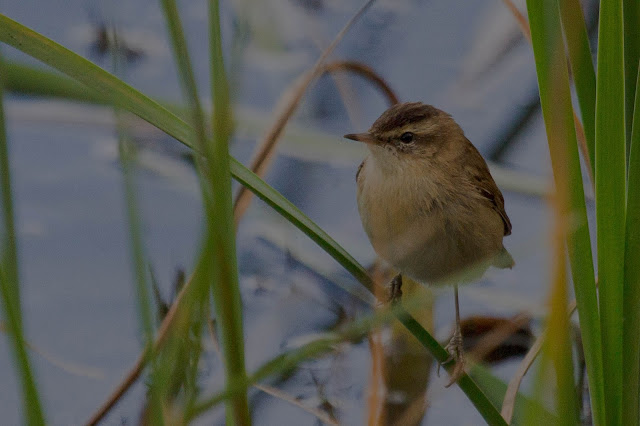 Leaving David and Ann behind I wandered off on a clockwise circuit of the site stopping first at the main hide overlooking the Laguna de las Aneas where there were many Moorhens and Coots along with Mallards and a couple of Pochard.  Closer inspection soon found a number of Little Grebes and the far right a Little Egret rested at the water's edge with a roosting Night Heron about a metre above.  Overhead dozens of Sand Martins were feeding and the occasional Yellow-legged Gull drifted by whilst the pair of Black-headed Gulls and a lone Cormorant took their rest on the water.

Used to seeing the odd Red-knobbed Coot with its massive numbered neck collar at the back of the water, it was rather pleasing to find an adult un-ringed individual in front of me resting on the island shore.  Indeed, ere long it took to the water and paddled even close for a better view.  Just before departing a Squacco Heron appeared from the left and flew straight passed the hide to disappear n the reeds to the right.  Quite a surprise. 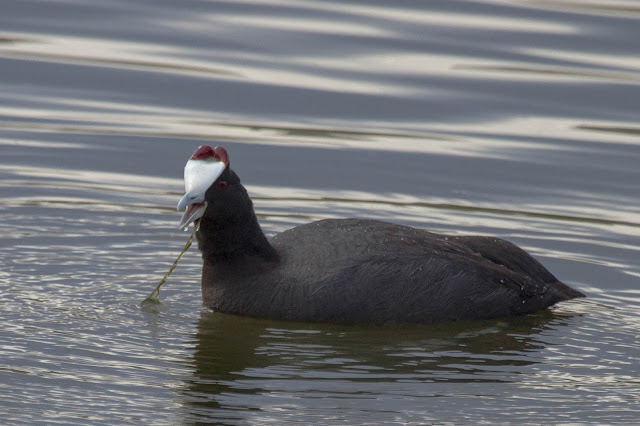 The Laguna del Trebol had its usual quota of both Common and Red-knobbed Coots and even a single White Wagtail put in an appearance.  It would appear that there has been some successful breeding again this year as a pair of the Red-knobbed Coots had a couple of well-grown youngsters in tow.

Whilst at the final pool, the Laguna del Lirio, I met up with local visitor Ana Galis and we discovered that the resident pair of Red-knobbed Coots had also successfully hatched chicks.  A single then pair of babies, probably no more than a week old, paddled out from behind the floating platform.  having seen two we then found another, then a another and finally concluded that the pair had actually hatched off five youngsters.  A very large clutch, I wonder how many will safely reach maturity!


Circuit completed it was back to the hide overlooking the Laguna del Alamo Blanco with its many Barn Swallows for the final forty-five minutes.  The Sedge Warbler put in another appearance but too quick and low to get another photograph.  No sign of a Purple Swamphen this morning until fifteen minutes before closing tome when an individual casually walked out from behind a reed and up and over a pile of dead vegetation and away.  But not before we had all managed to get a photograph.  But just before the bird's appearance we had all dashed out of the hide as a Heron drifted over with a very high Bonelli's Eagle above it.  The latter brought out a Common Kestrel which escorted the Bonelli's Eagle away from the site.

And so the morning would have concluded if not, a mere five minutes before closing tome, a Water Rail had not wandered out into the reeds and then the more open water immediately below us.  A lovely sight but it was soon back and lost in the reeds before making one final exit to fly across the water and disappear.  Well worth the wait and what a way to end a most enjoyable morning. 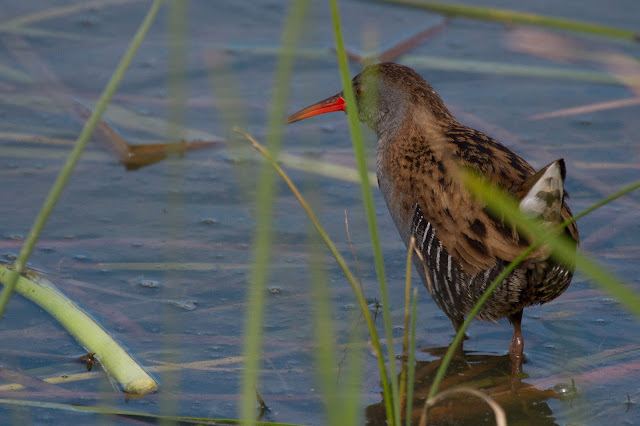 
Check out the accompanying website at http://www.birdingaxarquia.weebly.com for the latest sightings, photographs and additional information.
Posted by Bob Wright - The Axarquia Birder at 03:45