A flying visit to Rutland Water

Not only the Yanks "independence day" but also a free morning for me away from the pressures of sorting out the domestics back here to be followed by undertaking the washing, ironing and cleaning before flying back to Spain on Saturday.  What a little domestic wonder I am and might, even yet, make a good wife for somebody - just have to brush up on the nagging and questioning!

So, arriving at Rutland Water before 8.30 on a cloudy, windy morning with the odd blue break I had just over two hours to see what I could.  Straight to the road bridge at the western end of Manton Bay to confirm that the Ospreys were on their nest (this is probably the closest you can get and without a long walk but you do have to be careful in finding a safe place to park the car)and on the full water I also had Mallards, Coots and Great Crested Grebes.  Lovely to see a Common Tern fishing in front of me followed by an incoming Little Egret and a single Great Tit in the nearby bushes.

Then it was back to the main centre where I was met by the usual multitude of Jackdaws and Wood Pigeons along with the first Blackbird of the day.  Other than dozens of early Jackdaws there was not a lot at the feeding station other than mainly juvenile Great and Blue Tits along with  few Chaffinches and the occasional House Sparrow plus a cock Pheasant drinking at the small pond so straight on round to Lagoons 2, 4 and 3 calling in at each hide en route.  Approaching the first gate after entering the pathway I had a Wren sat on the post and this was followed by an inquisitive Robin on the path itself a little further on towards the Redshank hide.  All these hides overlooking lagoon 2 produced Mallards, Tufted Ducks, breeding Black-headed Gulls, Coots and swarms of Sand Martins from the opposite artificial nest bank.  Also, from most, there were Mute Swans to be seen, part of the huge flock at the overall site.  However, perhaps the best sighting on this stretch came from the Grebe hide where I watched a Sparrowhawk fly by towards the centre; to buy enjoying the site to think about the camera - but I would have been too late even if the camera had been in my hand at the time.

Whilst the water level was high everywhere, Lagoon 4 was the exception with great expanses of sand showing.  perhaps the water had been drained into the main Water or the levels lowered for the breeding season as there was certainly a number of young Black-headed Gulls on the shore along with their parents and more Common Terns.  A few Great Crested Grebes on the water and a number of Lapwing were also recorded.  A couple of Lesser Black-backed Gulls could be seen far to my left and, of course, there were a number of Mute Swans present. 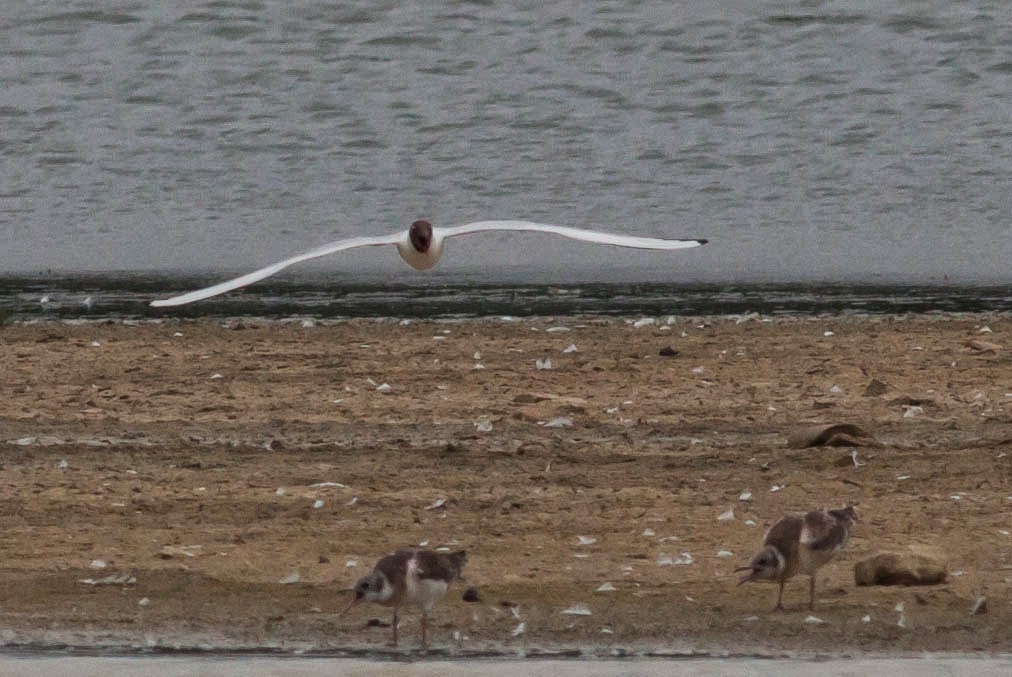 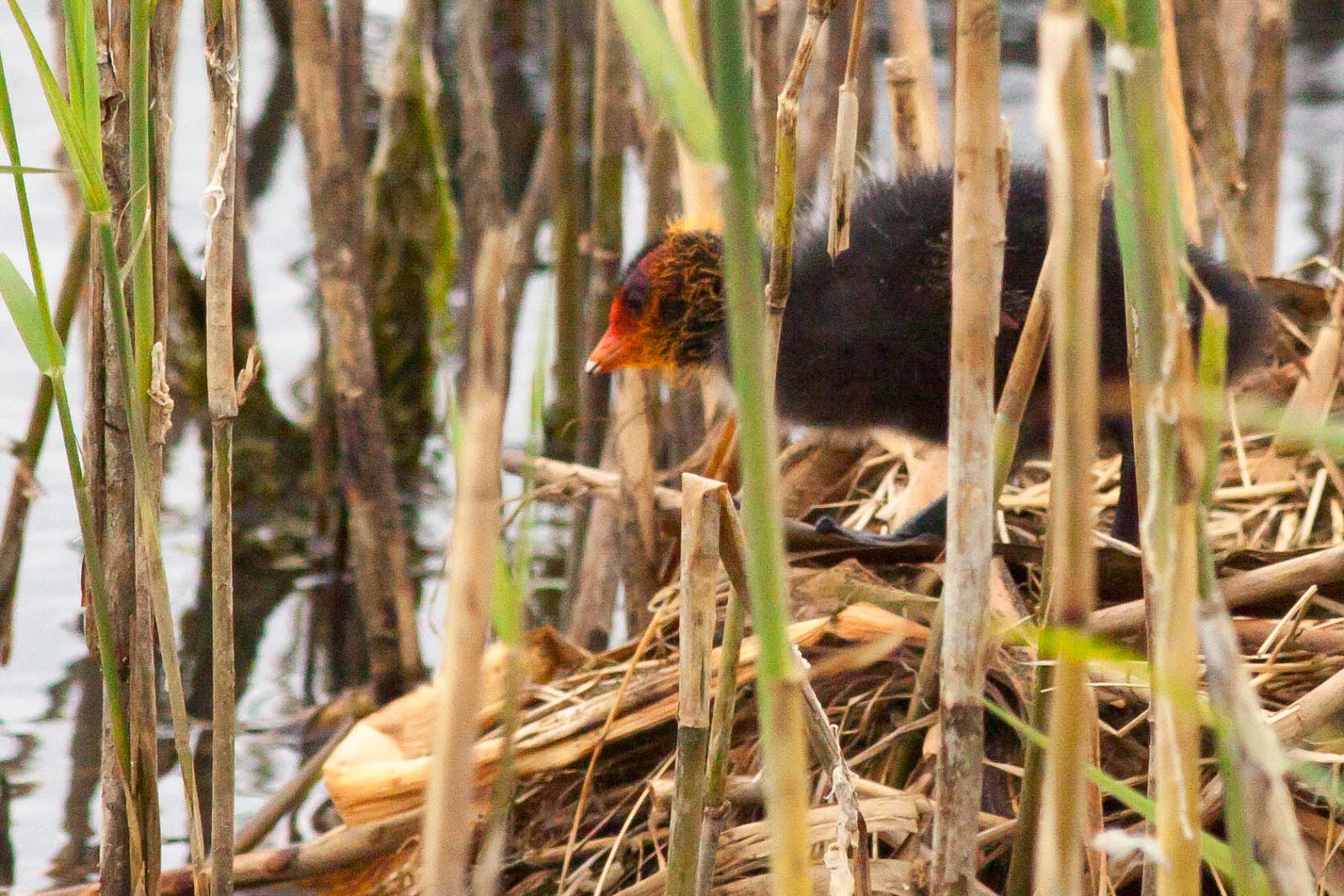 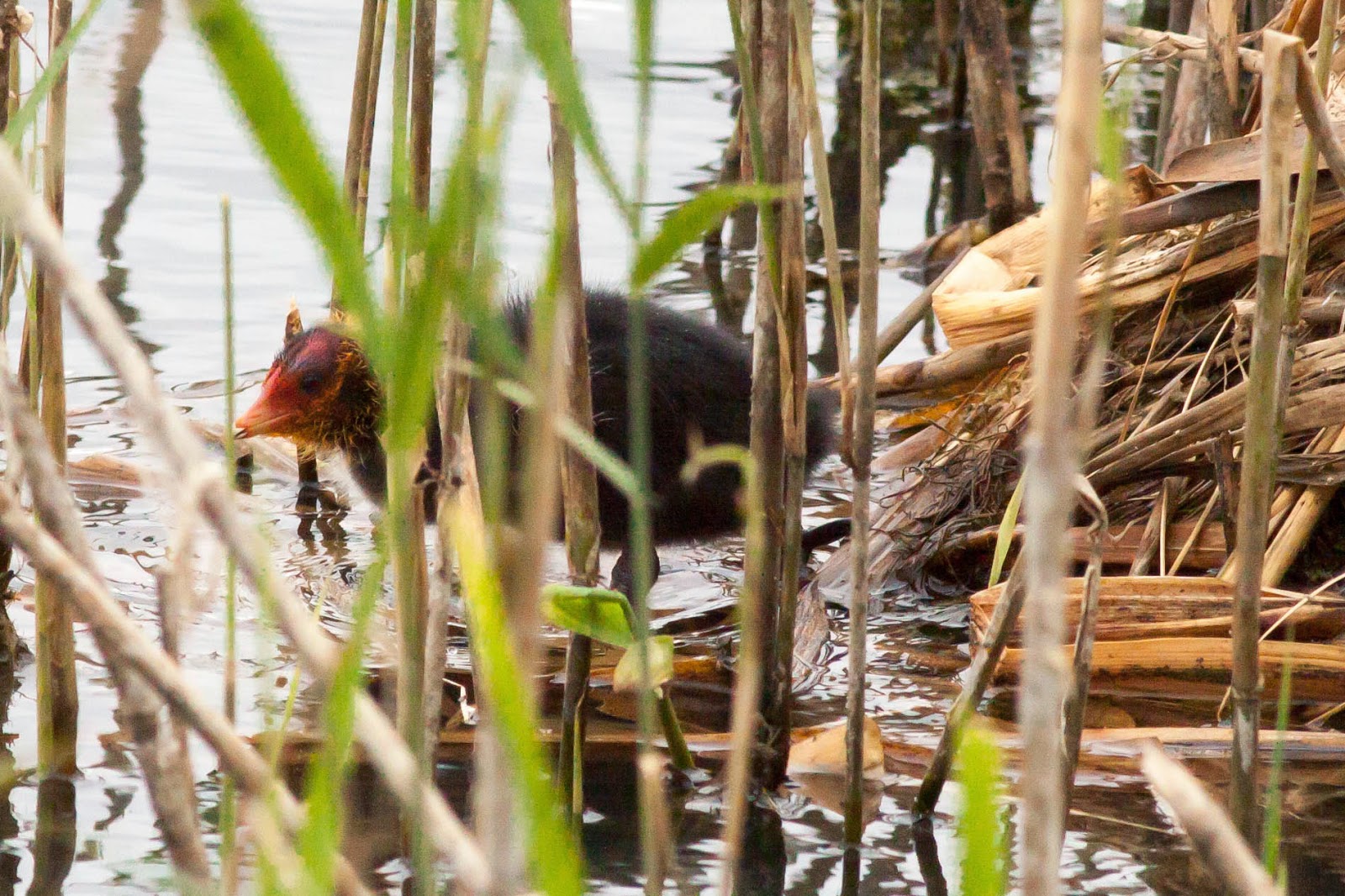 On to the Shoveler hide overlooking Lagoon 3 where I duly saw the species after which the hide was named along with more Mallards, Tufted Ducks, Teal and Gadwall.  Add on Coots, Mute Swans and Great Crested Grebes and you get the general picture.  Nearer the hide many just fledged Black-headed Gulls and a number of young Coots and Moorhens with their respective parents.  At least five Little Egrets present and in the small pool to the left a single Common Sandpiper along with a pair of Green Sandpipers. Whilst all this was going on the movement immediately below me drew my attention to the Reed Warbler that was flitting about in the reeds and, finally, giving a better chance for a photograph. 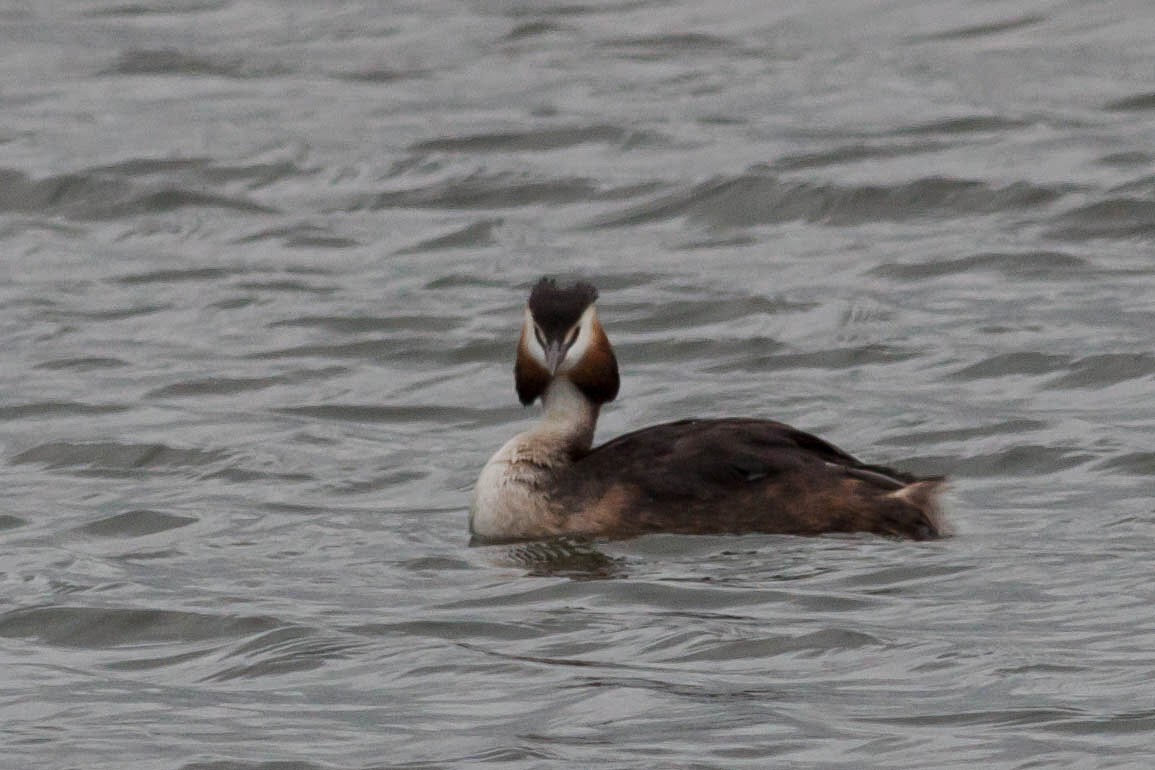 The short walk along the track to the neighbouring hides drew nothing new other than a single Grey Heron and a trio of juvenile Great Crested Grebes so I made my way back towards the car park and a final call at the feeding station.  A pair of Carrion Crows were in a tree to my right and whilst watching a Robin on the path as I made my way towards the turn for the Grebe hide a male Bullfinch took off from a neighbouring bush and flew low over me towards lagoon 4.  In its rush to get away he obviously disturbed the feeding family of Long-tailed Tits who then decided it was time to cross the path and into the trees.  A Collared Dove made a change from the many Wood Pigeons and, at the feeding station, still mainly the same as before but I did have a visiting Dunnock.  Every now and again a single or small party of Common Starlings would pass overhead, so different from those seen back in Spain.

With two short of the forty mark I decided to take a quick look at the Burley Fishponds on my return journey home, even if the vegetation very much restricted good views.  Fewer birds present than I expected, or saw last Sunday morning on my way down to Southampton, but turning right onto the Hambledon road I did have a Pied Wagtail on the verge and then, to my satisfaction I found a couple of flocks of Greylag Geese to reach the target plus many more Cormorants to supplement the individual seen earlier, go home and make a start on the washing so that it could be dried and ironed before the promised heavy overnight rain - and I did manage it!  But do I count the Red Kite as I drove towards Empingham?


Check out the accompanying website at http://www.birdingaxarquia.weebly.com for the latest sightings, photographs and additional information.
Posted by Bob Wright - The Axarquia Birder at 02:34