Still dry and sun doing its best to keep the temperature up but very windy and getting stronger as the morning wore on.  Lots of song as I walked the path but limited sightings as the leaf growth continues.  Obviously many Wood Pigeon from the minute I stepped out of the car and then a Magpie followed by the first Wren in what, I suspect, is its current nesting area.

Away on the first pool to the let very little activity with just the single Shelduck and Mallard as a Jackdaw departed the area. Only a single Lapwing noted and coming in the opposite direction a couple of Carrion Crows.  The horse field to my right held a pair of resting Canada Geese and then I was ready to sue the scope on the main flooded area.  Lots of Coots and Mallards with over a score of resting Teal at the back.  On the water more Shelduck and a good number of Black-headed along with a smaller number of Herring Gulls.  Also present a couple of Moorhen and at least six Gadwall.  However, the main "prize" was not the single Little Egret but the Cattle Egret standing not two metres away to its right.  Also noted the pair of feeding Black-tailed Godwits and a few more Lapwing.

Working my way down the metalled lane and back a number of Great Tits and Greenfinches and at the turning point watched a very brief hover from a Kestrel before it moved on whilst above the tree on the opposite side a circling Buzzard.  Back at the car and chance to take a brief walk around the small spinney and confirm the many Chiffchaffs present. 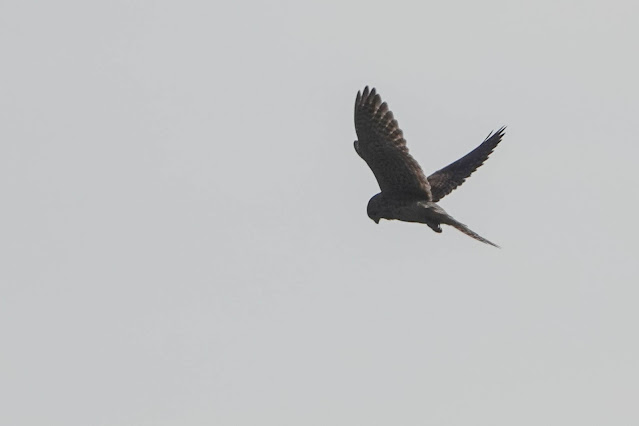 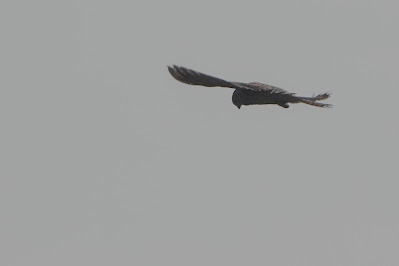 Posted by Bob Wright - The Axarquia Birder at 05:16