The weather promised rain, even more so away from the coast, and cloud but as it was dry and sunny just after seven I decided on an early morning visit to the New Forest.  I need not have worried as the day turned out to be bright and sunny albeit with a strong wind when out in exposed areas.  Arriving at Blashford Lakes, a little north of Ringwood, at 8.45 I then discovered that the gates do not open until 9 o'clock.  What to do? A short drive along the road and back produced a dozen Jackdaw and couple of Magpies and parking in a layby outside the gate took a short walk into the adjacent wood and crossed a small bridge over the stream as a Kingfisher flew away from me.  Chiffchaffs were calling all around me and continued to do so for the rest of the visit.  Now that makes for a good start to the day.  At the same time I heard the rattling of metal and realise that the gates leading to Ibsley Water were being opened so moved the car open to the car park and check out same form the Tern Hide.

A strong wind blowing creating much disturbance n the water so grateful to be inside the shelter of the hide.  A trio of Redshank were working the edges below the hide and front, left and right numerous resting Black-headed Gulls.   A couple of Mallards nearby then, using the scope to cover the far sides, I soon added scores of Tufted Ducks and a pair of Mute Swans.  A Great Crested Grebe put in an appearance whilst way back I also picked out good numbers of both Herring and Lesser Black-backed Gulls.  The very distant island held eight Cormorants, a number of Coot and a just visible male Goosander.  last, but not least, a pair of Wigeon were seen in the small bay to my right, the only Wigeon to be seen all morning whereas on my last visit they were being counted by the score.

Moving over the road to the main site as a Jay flashed by and a couple of Carrion Crows above me, I made my way to the Ivy North Hide. No shortage of Blue Tits and singing Robins but first up both a male and female Blackcap before seeing a Nuthatch move away to my right.  Approaching the hide the song was ever so loud coming from the Song Thrush sitting atop a tree just outside the building.  Whilst the bird refused to move on, no point taking out the camera as it was well masked by a number of small twigs.  Once inside the hide all seemed very quiet with just the sitting Mute Swan and her partner just off to the right of the nest on open water.  There were some very distant gulls away to the far right but these would be better seen from the Ivy South Hide. 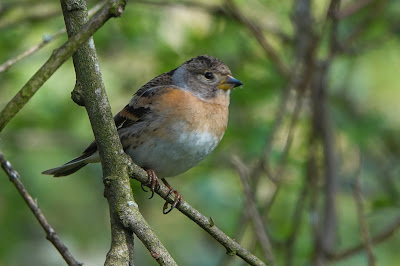 So on through the trees to the Woodland Hide noting both Robins and Chaffinches on the ay along with the occasional Great Tit.  Before entering the hide I checked the feeders from the outside and pleased to note that there were still some Siskins to be seen.  All quiet and the hide to myself as I settled down at the only opening window facing the feeders and adjacent bushes.  Soon rewarded with the arrival of more Siskins and Blue and Great Tits along with a couple of Blackbirds. Not a Chaffinch but a pair of Bramblings arrived and these were soon followed by many more plus occasional Chaffinches.  Indeed, the Bramblings far outnumbered the Chaffinches by maybe as many five to one ad I recorded at least six of the latter!  The feeders also attracted a handful of Goldfinch and a couple of male Reed Buntings came to forage on he ground below.  All the while this activity was watched by occasional visits from both Robin and Dunnock.  A Long-tailed Tit made a very brief visit and I stayed long enough to finally see a visiting Lesser Redpoll.

Nothing to be seen on the water to my right as I made my way to the Ivy South Hide and once inside, apart from two pairs of Great Crested Grebes the water was a mass of Black-headed Gulls.  It took some searching to eventually find  a small flock of a dozen Gadwall off to the far right and, at the same time, a Heron flew overhead to alight near the wooded spit.

Making my way back to the car park I encountered a Wren and the first Wood Pigeon of the morning.  So on towards Fordingbridge to take the forest road towards Fritham for my visit to Eyeworth but not before a circular exit form Blashford to circumnavigate the Mockbeggar Lake so finding both Starlings and more Wood Pigeon on the way.  At the northern edge of the site I stopped at Ibsley where the country lane crosses the Hampshire Avon and found a number of Mute Swans plus a single Little Egret at the water's edge.  On two pools in the meadow to the right of the road a total of seven Greylag Geese.  Also of note as I approached Fordingbridge itself was that the local rookery which was now well occupied with Rooks also in the neighbouring fields.

Arriving at Eyeworth Pond I immediately noticed the pair of Canada Geese and a couple of Moorhen.  there seemed to be about four pairs of mallards on and around the water and parking the car I could see that the "feeding station" was sill attracting birds although no food present.  Mainly Blue Tits but also at least eight House Sparrows and then the occasional Robin and Dunnock.  Great Tits were also noted before the arrival of the Chaffinches.  But where were the Mandarin Ducks that I had specially come to see?  Not a sign of any, no matter how carefully I scanned the far banks and trees at the edge of the water.

Time for a short walk through the trees and as I returned I could see a couple of ducks foraging under the wooden barrier where normally the small birds feed on seed placed atop the barrier and posts. I did think something looked wrong with their shape if they were Mallards, even though in very shady conditions, so using my bins was delighted to discover that it was indeed a pair of the local Mandarin Ducks.  A couple of quick photos before advancing any further but the birds were happy to remain on site and eventually I was able to get very close for the range of photographs that appear here and even more so on the "Axarquia Birds and Wildlife" Facebook page.  And just when I though nothing else could happen a Marsh Tit joined the feeding small birds.  A great way to end he morning and a total of 46 species. 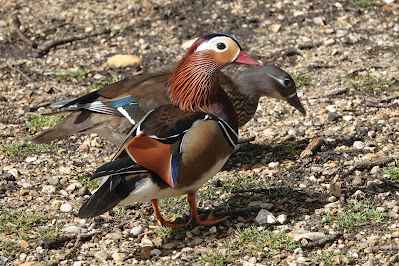 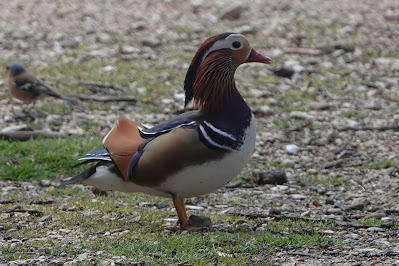 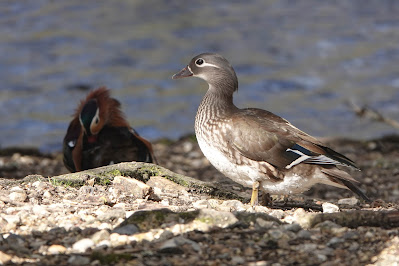 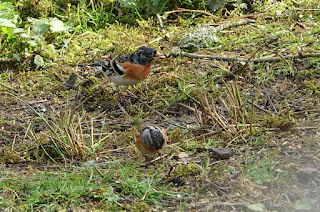 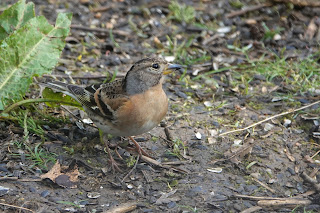 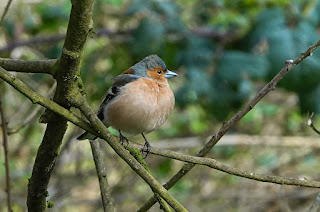 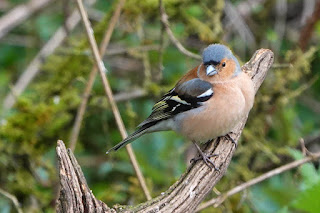 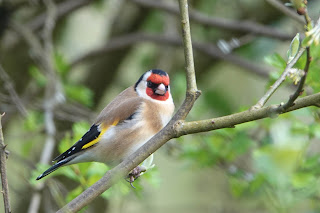 Check out the accompanying website at http://www.birdingaxarquia.weebly.com for the latest sightings, photographs and additional information
Posted by Bob Wright - The Axarquia Birder at 01:59