Lovely bright start to the day with no wind and very little cloud as I made my way to the old bridge over the Rio Velez just west of Torre del Mar for the monthly visit of the Axarquia Bird Group.  Just a morning visit on this occasion with an earlier start at 9 am and joined by a total of old and new friends including David and Ann Jefferson for Torrox Costa, Bryan Stapley from Canillas de Albaida, Corrinne and Olly Hibbert from Algarrobo Pubelo, Lee Aldrich all the way from Alaurin el Grande and Mandy Loader and Shane Wilkinson from Competa.  A great morning's visit which eventually produced 35 species including some very specials such as Bluethroat, Penduline Tit and Sedge Warbler.


First up were the numerous Chiffchaffs, ignoring the resident Rock Doves, and quickly followed by both Moorhen and a pair of Mallard.  A stop a little further down the track to search the undercover either side of the water produced first a White Wagtail and then the first of a couple of Bluethroats.  A couple of Snipe seemed to be busy flying up and down the river but then a settled bird was seen by all along with a Grey Wagtail and a trio of Ringed Plovers and a single Common Sandpiper.  On the other side of the track first a Serin and then a Robin on the fence.  Lee found a Sardinian Warbler and it was time for the first of very many sightings of the delightful Zitting Cisticola.  No shortage of either Blackibirds or Cetti's Warblers, the latter of which were both heard and seen and then the first Crag Martins overhead which were soon joined by our first Barn Swallows of the day.


A stop a little further along the track produced not only the first sight of the roosting Cormorants but our only Black Redstart.  Once ensconced in the hide overlooking the small meadow we duly picked up Coot, Stonechat and many more Chiffchaffs.  However, difficult to choose which bird took pride of place as no sooner had we found a Penduline Tit, which seemed to happily feeding on the seeding bulrushes, than David found the first of two Sedge Warblers.  Naturally, being in a meadow-like habitat we also found Meadow Pipits, two at this stop and a further four on the return journey towards the cars.  Leaving the hide we had a very close sighting of a Hoopoe. 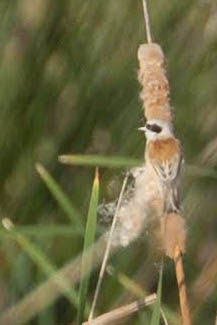 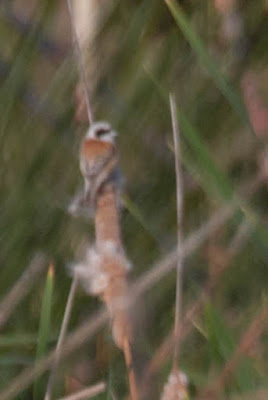 Eventually reaching the beach I was surprised to see how far the sea had reached the site with just a very narrow strip between the end of the track and the marginally higher gravel to give us a view over the lagoon.  All very quiet other than a better view of the roosting Cormorants and another Grey Wagtail.  A couple of Coots and a pair of Mallard and just the one, solitary immature Yellow-legged Gull above us - although Bryan was the only to notice the Heron that rose out of the reeds disappeared away to our right.  More sightings of both Crag Martins and Barn Swallows.

Then it was the return walk to the cars where we duly found the second Sedge Warbler and a Great Tit was added to the list.  On the far side of the old bridge we had a fleeting glimpse of a House Sparrow but more on the fence and ground opposite the cars and a single Green Sandpiper was resting on the far bank of the river.  Back at the cars we had both Goldfinches and Serins on the fence.  Overhead, just when we had commented on their absence during the morning, a noisy, screeching Monk Parakeet arrived as if on cue. 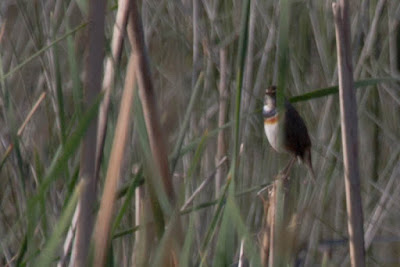 One extra bird on the fence took off low to the right and I just caught the white vent.  I thought David said Corn Bunting but he may have been referring to another individual in the covered furrows.  On the other hand, it is always useful, never mind great, when you have a camera in constant pose position to collect the slightest movement, etc as David also mentioned Dunnock.  Back home and a check on the computer did indeed reveal that not only was it a Dunnock but was showing the white vent that I had noticed.  Looks like a juvenile finishing its moult but, nevertheless, a fourth species to vie for "Bird of the day" and given the Dunnock's scarcity in the south of Spain I think this individual, right at the last, has captured the honour.  Also, for me, another new species for the year.

Check out the accompanying website at http://www.birdingaxarquia.weebly.com for the latest sightings, photographs and additional information.
Posted by Bob Wright - The Axarquia Birder at 09:28