With my dear friend from Belgium, Marieke only with us for one complete day following her stay near Tarifa to observe the arrival of her beloved Honey Buzzards, where could I possibly take her birding?  Where could I find her a new species and, hopefully, a completely different habitat?  Of course, a trip up the Sierra Loja above the tree-line and a very good chance of seeing a Rock Thrush; a large raptor, Black-eared Wheatear and an Eagle Owl would also not go amiss.  So, on a beautiful clear morning without a breath of wind and some warm sunshine we eventually set off from Lake Vinuela via Zaffaraya to the start of the mountain track next to the service station on the Granada side of the A92 motorway above Loja.

It seemed a good idea at the time as we recorded Blackbirds, Collared Doves, etc along the way plus a feeding Hoopoe beside the the road but then stopped at the Montagu's Harrier site where we enjoyed the watching a couple of males and a female quartering the cereal fields.  The first Azure-winged Magpie of the day appeared out of the adjoining woods, a Wood Pigeon flew over and a Turtle Dove was happily singing away on the far side of the field.  And every so often a Corn Bunting on the roadside wires and fences.  Eventually we reached the service station and stopped for a coffee so it was approaching 11.30 by the time we started our climb up the mountain track.

No sooner had we started than we were seeing regular sightings of Chaffinches but nothing at the "picnic quarry" other than Rock Doves as we moved away.  More Collared Doves and then we were at the hidden quarry.  A most handsome Black Redstart followed by a Black Wheatear along with a few Crag Martins made a good start.  Overhead we had a handful of Choughs and even a few passing Common Swifts along with the occasional Barn Swallow and then it was time to scan the cliff face for the first of our target birds.  Would we see the Eagle Owl?  Yes, we found the bird well -camouflaged nest to a small bush by its nest site.  Not a perfect view but an Eagle Owl none the less and we were both most pleased that the journey had been worthwhile.  Moving the car and then taking a final look over the ruins below also produced both Serins and a rather lovely male Blue Rock Thrush.  So back to the main track and the remaining three target species to be  to be found

No sooner had we started our drive than a skip lorry cam charging down the hill churning an enormous dust cloud but, on the positive side, this was to be the last vehicle of any sort that we saw all day until we were almost down the mountain on the return journey,  More Azure-winged Magpies, Blackbirds and Red-legged Partridges plus a Mistle Thrush until we were clear of the trees and then the numerous sightings of Choughs.  Also here the House Martins seemed to have found an abundant source of insects on the mountain slopes.  Only one Jackdaw was seen but, conversely, on the way down we saw nothing in this area apart from Jackdaws!

Then a stop to identify and admire another targeted bird as a single Golden Eagle drifted across at a high altitude.  Our first Stonechat was recorded along with a number of Crested Larks and then a very timid Rock Bunting.  Before reaching the Charco del Negro ponds we had yet another sought after bird when we found a couple of Black-eared Wheatears. 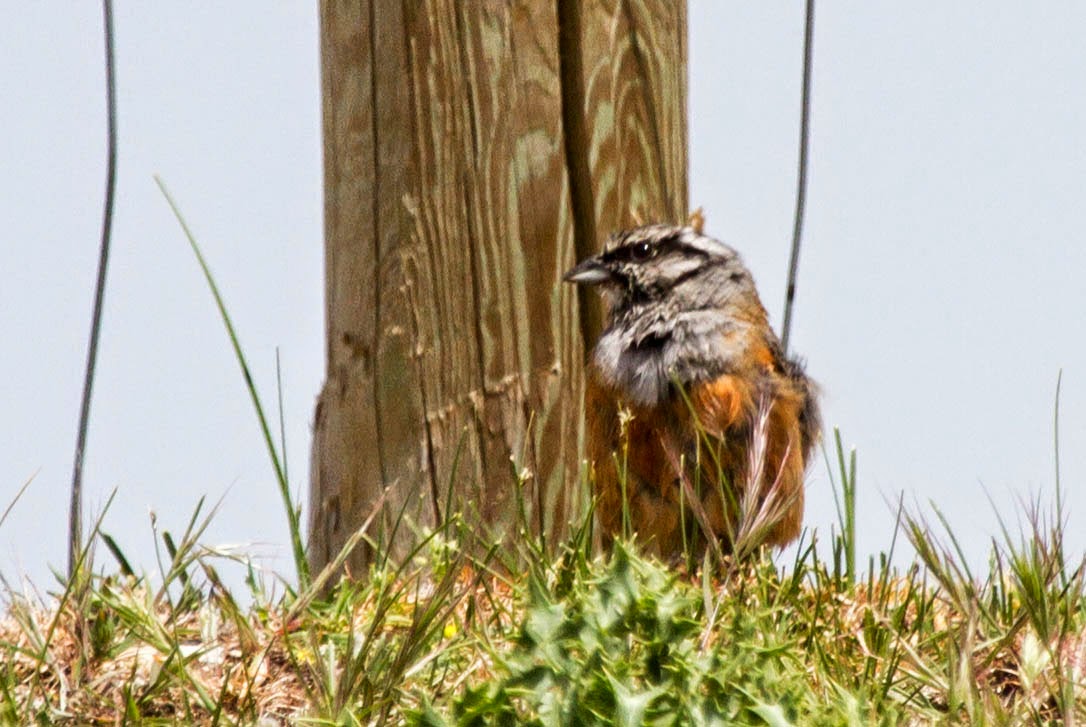 The Charco del Negro made a perfect stop for our picnic as we watched a number of Rock Sparrows on the fence and bathing at the edge of the pond.  The birds were joined by a couple of Linnets and even a Thekla Lark seemed to take an interest in the proceedings.  Naturally, there were still a number of Choughs moving around the area.  Whilst explaining where we might find our final bird, the Rock Thrush, as we were about to set off,  a look through the windscreen (the car was facing the pond) revealed a lovely male sat on the post ion front of us!  So, back out of the car for a closer look and photographs and we then watched the Rock Thrush as it fed on the ground just beyond the fence but, also, with regular return visits to one of the neighbouring posts. 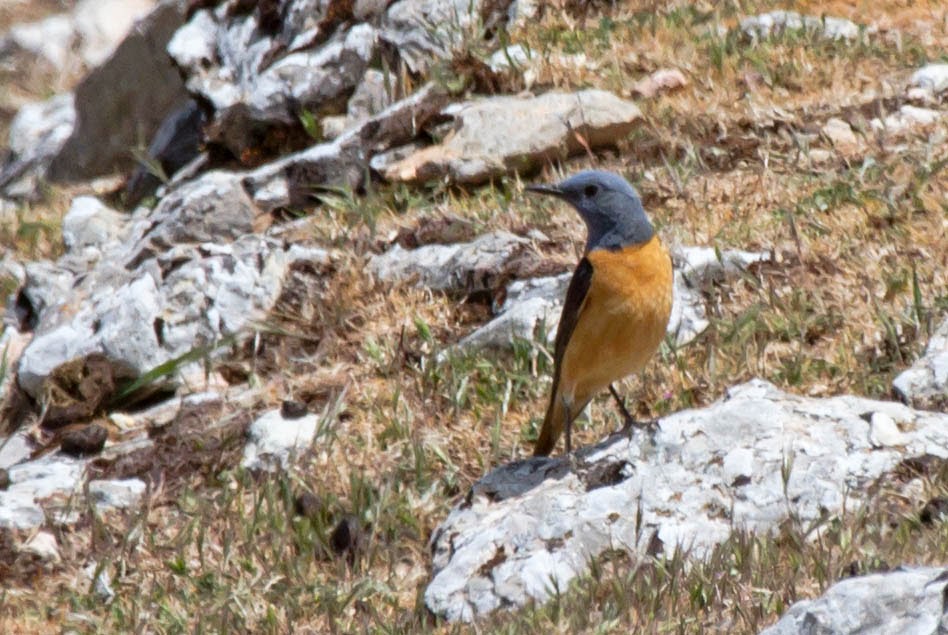 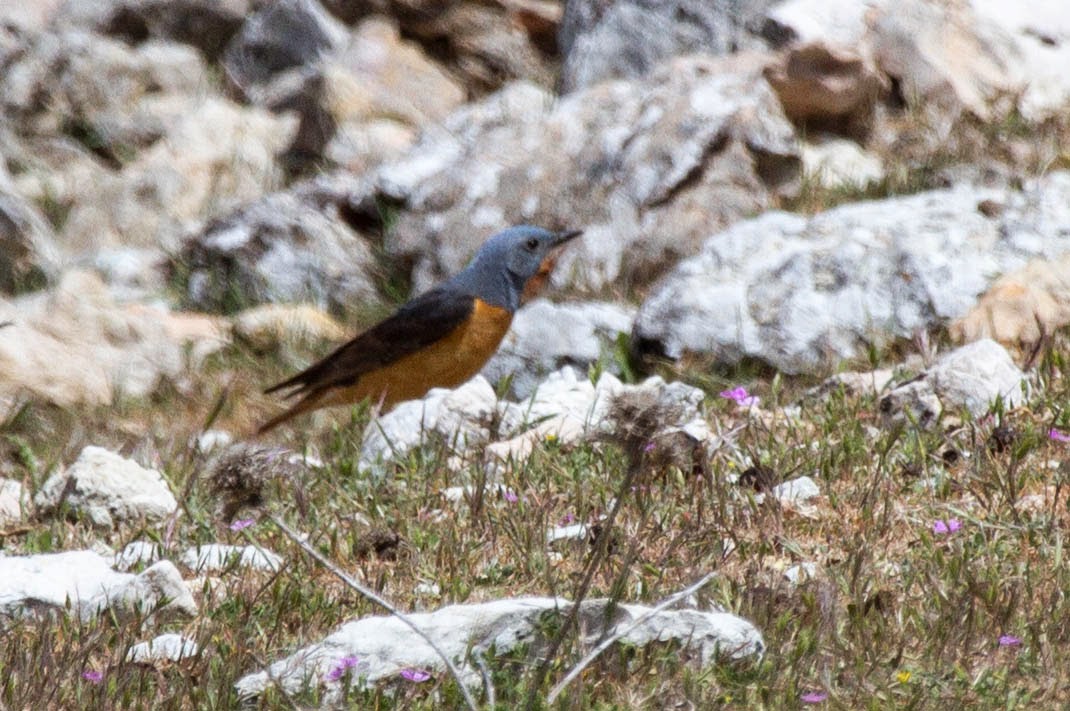 Then it was on up along the track as far as the fossil cave before making the return journey.  Only one more Blue Rock Thrush but very many Spotless Starlings up here and more Rock Sparrows.  We continued to find more Black-eared Wheatears and, finally, also recorded a couple of Northern Wheatears,  In addition, a single male Common Kestrel appeared above us and then it was down to the site for my targeted bird.  Marieke's better hearing picked out the direction and then I found a single male feeding at the top of an isolated young almond tree; a Spectacled Warbler.  Finally, a Sardinian Warbler on the fence along with another Stonechat.

So with both of us more than satisfied, we started the return journey home via the farm track from the service station ( what a rough track this is) to meet up with the Zafarraya road.  A Turtle Dove on the road in front of us and then a stop to have a longer look at the Montagu's Harriers.  What lovely birds these are, a couple of males and a single female, and they were obviously finding plenty of food. 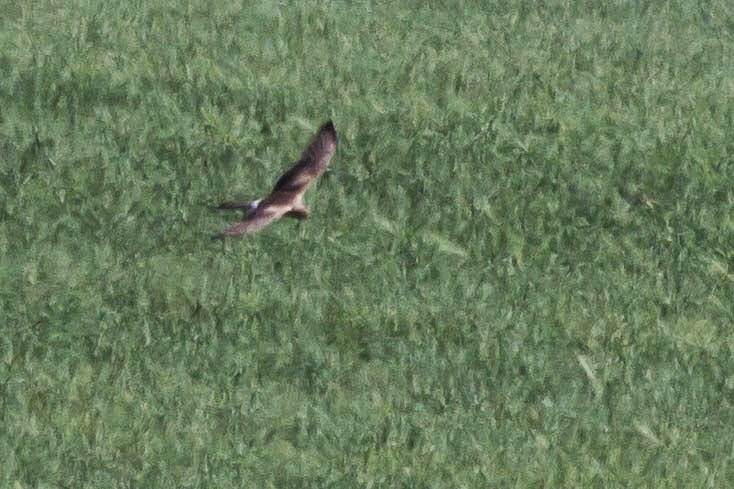 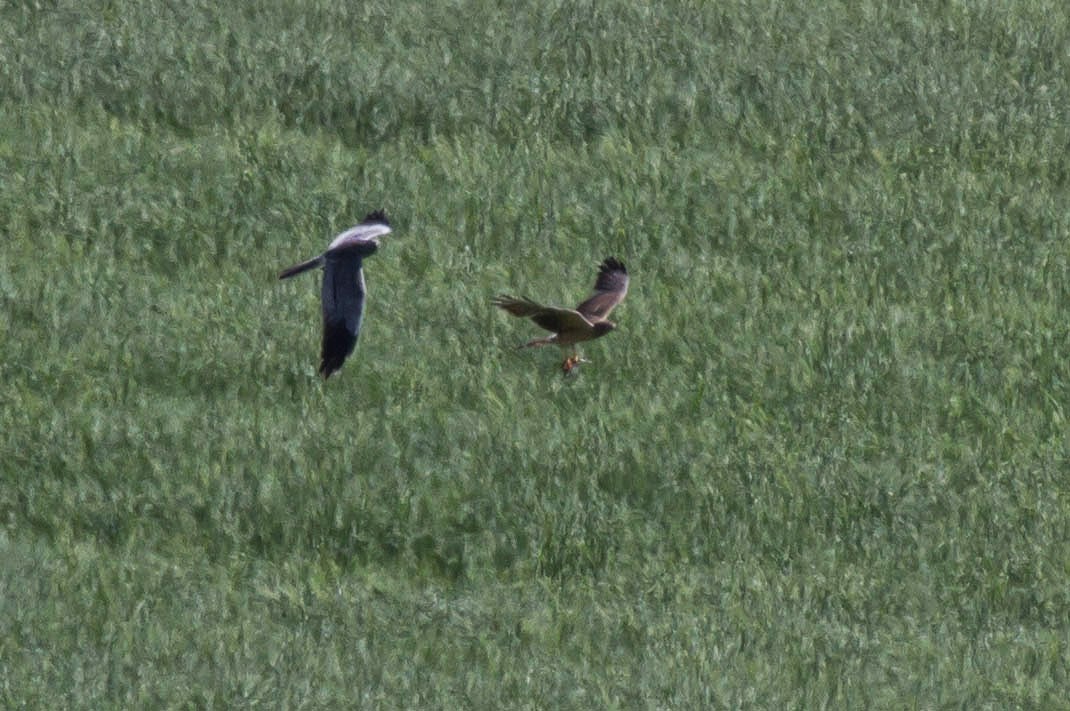 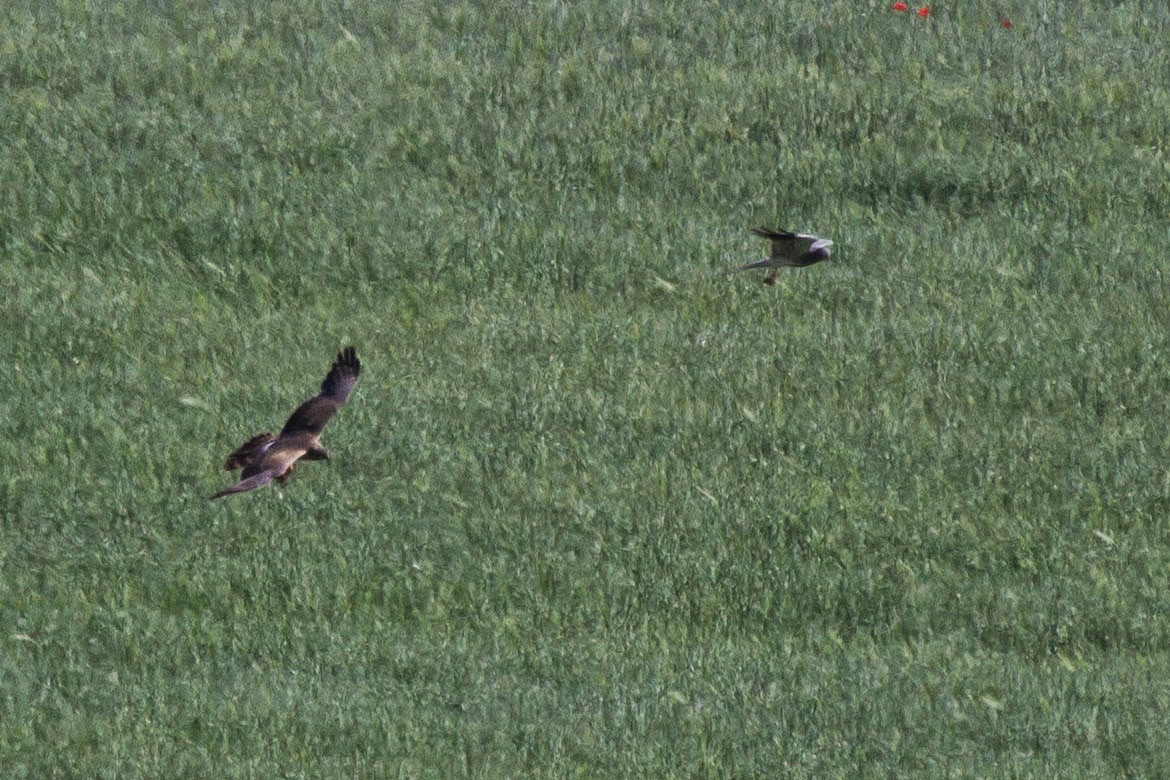 And so back to Casa Collado with a White wagtail on the road as we started up to Los Romanes from the lake.  A long but very enjoyable day.

Check out the accompanying website at http://www.birdingaxarquia.weebly.com for the latest sightings, photographs and additional information.
Posted by Bob Wright - The Axarquia Birder at 02:53