Back from my wanderings and a couple of hours down at the Rio Velez in Torre del mar just to remind me that the sun shines here and there are birds to be seen!  All the usuals in show including Moorhens and Coots and, I notice, the local Mallards have had a successful breding season with Mum leading her chicks out on the river.

A feeding Woodchat Shrike above me on the wires was a pleasant interlude and there were certainly plenty of House Martins and Barn Swallows about over both water and neighbouring fields.  Nearer the beach, the main lagoon was alive with feeding Common Swifts.  In addition to regular sightings of both Serins and Goldfinches, along with many Blackbirds, a couple of Zitting Cisticolas and numerous singing Nightingales, I did also pick up a Melodious Warbler and it was here that I watched a single Squacco Heron in front of me and, barely thirty minutes later, a Little Bittern resting on the reeds on the opposite bank.


Both Little Ringed and Ringed Plover were recorded along with a pair of Black-winged Stilts but no other wader.  Also near the water's edge a pair of (Blue-headed) Iberian Yellow Wagtails were recorded and a brief display from a rather stunning Black-headed Weaver.  I knew that we had both Red Avadavats and Common Waxbills on the site but, I think, this was my first recording of yet another "foreigner" which seems to have settled into the local birding community. 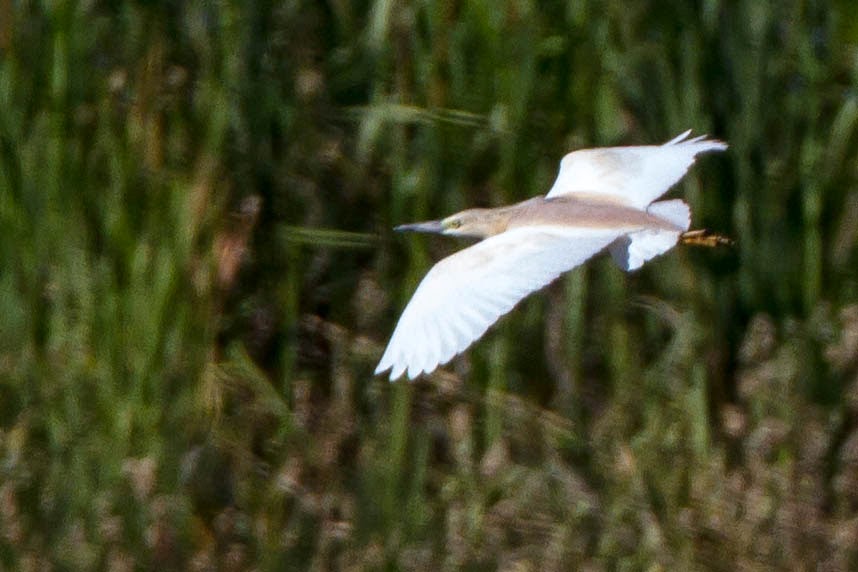 So, along with the Hoopoe that greeted me on the track a I set off down the mountain and the Thekla Lark that welcomed me back, not to mention some very active Monk Parakeets in the Caleta area alongside the Lesser black-backed gulls, I feel as if I am back and can concentrate on my birding once more.  All being well, the Alcaucin picnic areas tomorrow to see if the Nuthcatches and LBJs are still about - always assuming that the track is open and I can drive up from the village!

Check out the accompanying website at http://www.birdingaxarquia.weebly.com for the latest sightings, photographs and additional information.
Posted by Bob Wright - The Axarquia Birder at 10:00