Some early mist to burn off but the wind had dropped considerably and we had the promise of a very warm day as we headed off inland to visit the Mount Teide area in the centre of the island.  Beautiful scenery and somewhat colder as we drove higher and higher and eventually passed the 2,500 metre level.  The recent snow had been cleared from the road but the considerable number of cars in the area made it very difficult to find a parking space.  But we did take every opportunity possible. 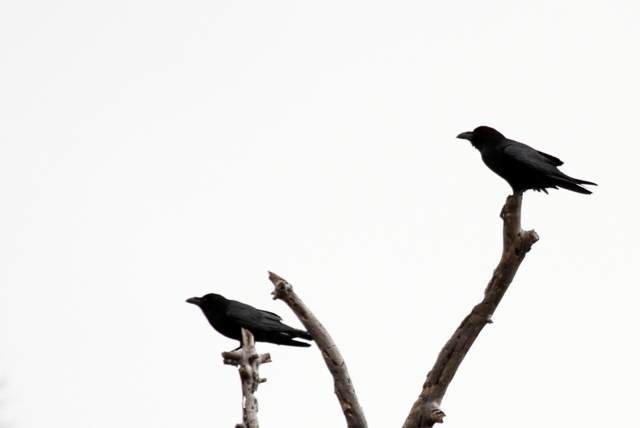 With Kestrel, Collared Dove, Canary, Tenerife Blue Tit, Blackbird, Canary Chiffchaff, Blackcap and Yellow-legged Gull under our belts before we stopped for morning coffee in Vilaflor, we arrived at KM59 on the TF21 expecting wondrous sightings.

Very cold and with few people about we soon located the Blue Chaffinches and then the first of three Great Spotted Woodpeckers.  Also present was a Tenerife Blue Tit and a pair of Ravens.
Travelling on past Mount Teide and its snowy surroundings we made a circular tour back to Base and south of La Oratava on the TF324 towards Cruz Santa we had, first, a Sparrowhawk on the wire followed almost immediately by both Common Buzzard and Kestrel. 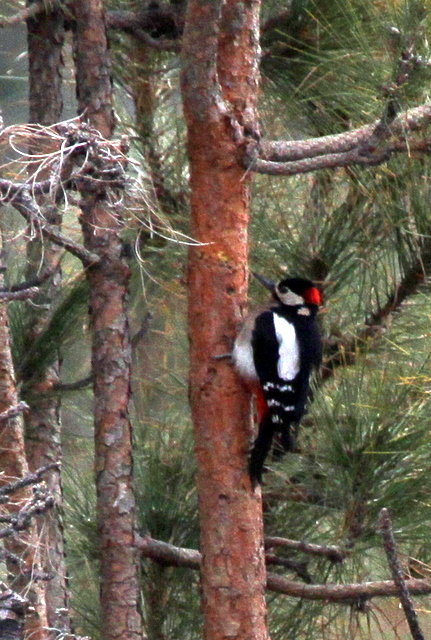 Indeed, the start of our final leg  home was to produce at least three more Buzzards and, upon arriving at the local golf course, we were able to add both Cattle and Little Egrets.  We thought we had a trio of Ruddy Shelduck but when two more appeared whistling we realised that these must have been introduced Whistling Duck along with a pair of Bar-headed Geese.
Only 15 species today but, yet again, at least one new bird for our Tenerife visit.  Tomorrow, Thursday and our last full day, it s into Los Cristianos and the possibility of Spotless Starling and Monk Parakeet.  Now that really is desperate birding! 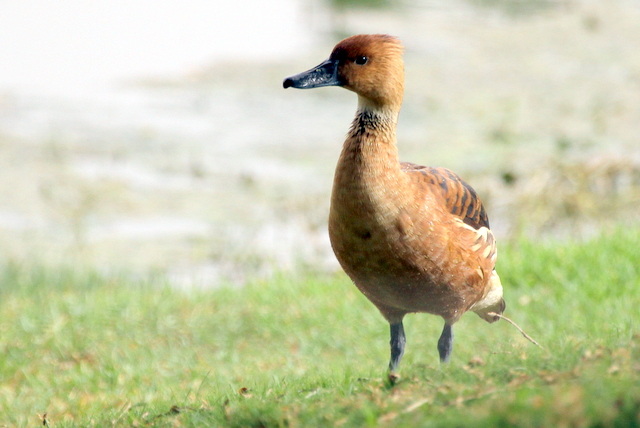 Posted by Bob Wright - The Axarquia Birder at 11:25