The turn of the far north-east today with a visit to the Agana Natural Park beyond Santa Cruz covering the far corner of the island.  Having recorded Blackbird, Collared Dove and Spanish Sparrow we set of for San Andres where we turned inland and climbed high into the mountains to reach the cloud forest, having also recorded Yellow-legged Gull as we passed along the coast. 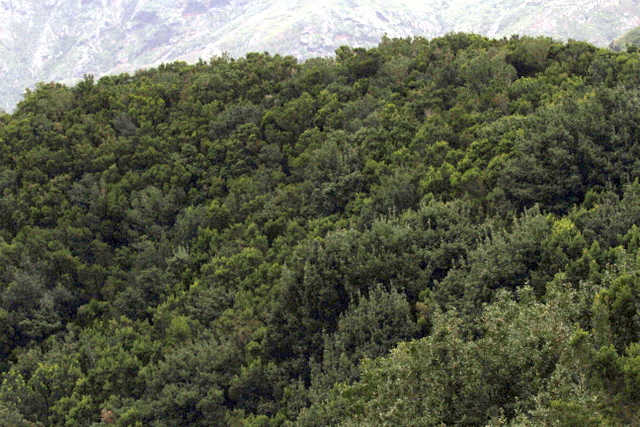 Arriving at El Bailadero we were to start hearing and seeing Blackbirds all morning.  No sooner out of the car and we had a good number of Blue Chaffinches immediately below the restaurant along with the occasional Tenerife Blue Tit and a single Robin.  A walk back to car to meet Derek and collect the camera produced not just a Kestrel but a relatively low and almost stationary Barbara Falcon; unfortunately before retrieving the camera.  The first Canary Chiffchaff of the day plus a handful of Canaries were also seen at this site. 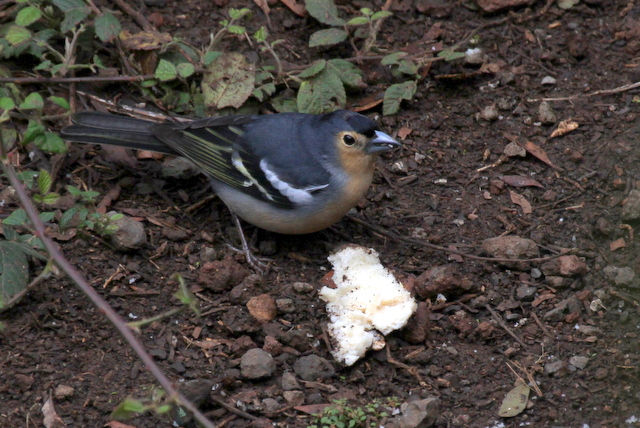 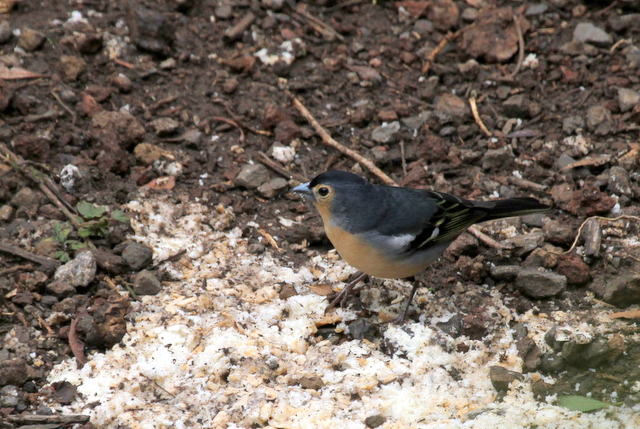 A lovely day in beautiful scenery driving through the cloud forest and much, as to be expected, low cloud and the occasional light shower.  More Blackbirds, Chiffchaffs and Canaries were recorded before we finally made our way down the mountain to La Laguna and the North Airport we changed our rental car for a similar replacement (exactly the same registration plate but two digits higher!) due to the breaks over-heating as a result of worn disc pads.  Driving towards the city on the lower slopes we had a number of swifts and, when confirmed, we suspect that these might well be the local and common Plain Swift rather than their Common Swift cousins. 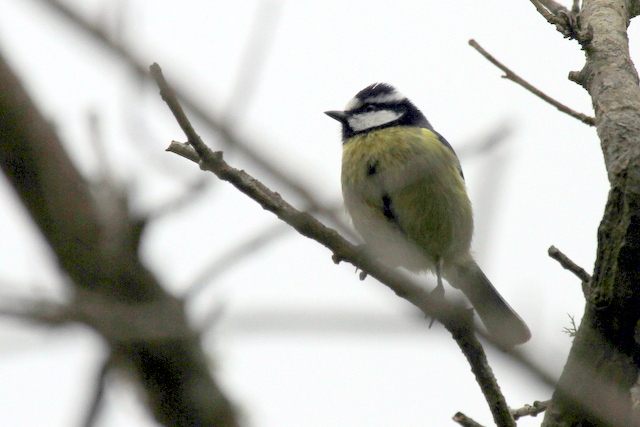 Our final site was back to the ponds at Tejina which we missed yesterday.  Passing the resident Muscovey Ducks, at least some of them were the correct colour rather than a bland white, we found a number of Coots and Moorhens and then a pair of Mallards.  At the far end a lone Grey Heron rested on some dry grass before we noticed a female and a pair of male Tufted Ducks paddled across the far edge.  I say Tufted Ducks but something looked wrong with the white edge between bill and forehead which might have suggested Lesser Scaup.  On the other hand, the black sides continued over the back rather than a lightness so, perhaps, more research is necessary and “watch this space” as they say. 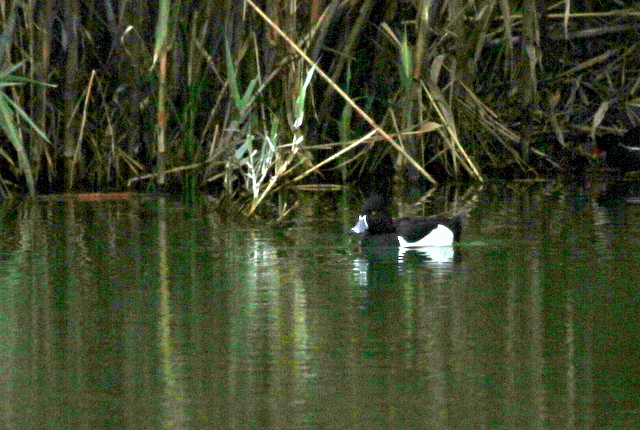 Also present were many Canary Chiffchaffs and a calling Blackcap with, on the lower pond, a single Little Egret which was joined by an incoming second individual.  However, the prize observation was by Derek who managed to capture the short sighting of a pair of Trumpeter Finches that suddenly “jumped” from one palm to a second close by tree.

Meanwhile, a Grey Wagtail crossed the water and our second wader of the week as a pair of Common Sandpipers put in an appearance.

Time to make our way back to our base on the Golf del Sur and approaching the golf course we watched a handful of Little Egrets come in to land near the pool alongside the fairway.  A very good job that we stopped, walked across the road to take a look at the bird from over the chain-link fence as we were to se more than we had bargained!  A total of eight Little Egrets were present along with a single Cattle Egret on the fairway.  By the water’s edge was a Coot with a couple of well-grown youngsters plus a pair of Spoonbill and a little higher on the fairway above the Little Egrets we eventually counted eleven Barbary Partridges.  But still time for another surprise as we watched what could only be described as a completely black Magpie with the sort of greenish sheen often seen on a Shag.  Unless this was a (Common) Magpie with a colour malfunction, we have no idea what the bird might be so will now have to start another search programme.

A lovely day and an experience, especially in the cloud forest, to be remembered for a long time, and our highest daily figure to date with 27 species.