Day 2 of our Tenerife birding venture and today it was a case of exploring the small bays and promontories below and immediately east of our apartment.  A lovely calm, warm and sunny start with increasing cloudy patches and a light breeze in the afternoon but always warm.  As we loaded the car the pair of resident Muscovy Ducks with their respective chicks (two and three) were in the small pool along with the local Grey Wagtail whilst a pair of Blackcaps worked their way through the nearby trees.

Immediately below us, before leaving the Golf del Sur the rocky base and its small pools below produced the first Whimbrel of the day as it busied itself feeding on small crabs.

Just round the corner we stopped to find the Canary Chiffchaff we could hear calling and soon found an adult feeding a youngster, presumably about three weeks old but certainly born in February. 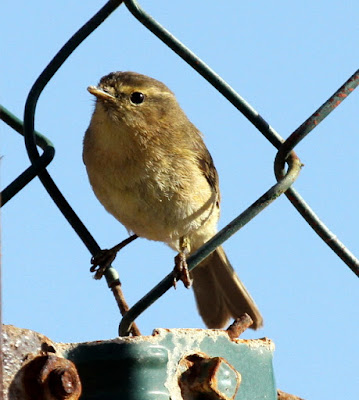 Our first “real” stop was in the car park with its path leading to the beach below the high peak of the Montana Roja nature reserve.  However, we headed across the road and inland where we found a most handsome male Northern Wheatear and, eventually, the calling male Spanish Sparrow, put up by one of the many passing Collared Doves. 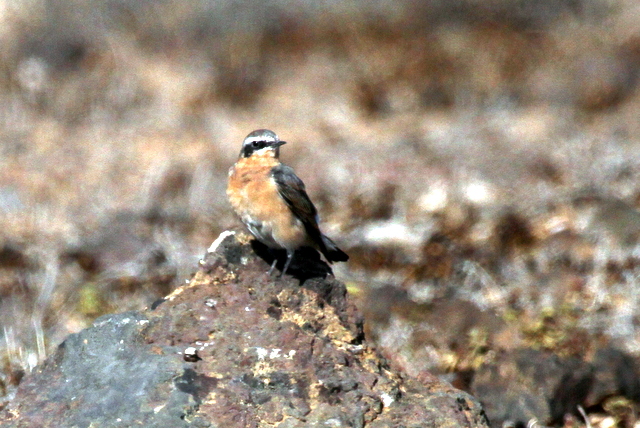 As we continued eastwards towards Poris de Abona we had regular sightings of the many Common Kestrels to be found on the island, indeed we were to see scores of these little raptors during the day at just about every altitude and habitat, plus the occasional Blackbird and even a Hoopoe which took off to our right.

Arriving on a track overlooking a level area of yellow grass below us first Barbara then I got the fleetest glance of a partridge as it “waddled” its way alongside a stone wall.  Lovely to know that there is only one bred of partridge on the island so we had found the local Barbary Partridge.  No further sign until we reached the top to explore another part of this promontory when, lo and behold, a pair of Barbary Partridges crossed the track immediately in front of us and quickly lost themselves in the thick scrub.  Also around were a small number of Yellow-legged Gulls and a second Whimbrel.  Similarly, we decided that the local doves here were more likely to be Rock Doves rather than their Feral Pigeon off-shoot. 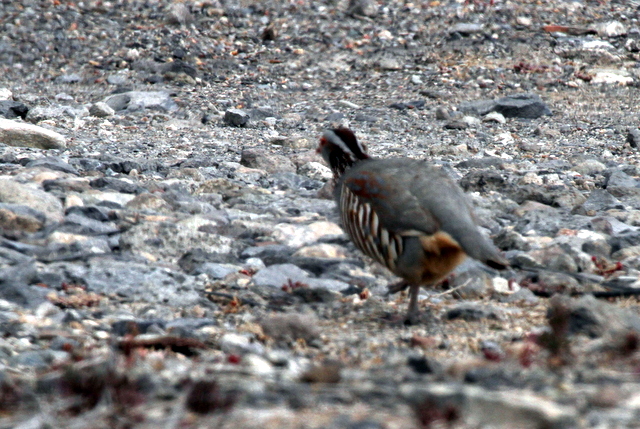 The next short stop produced a couple of Common Kestrels giving short shrift to a Common Buzzard that had happened to enter their home territory and we were most surprised to see how high the former were prepared to rise to finally see off the intruder.

A final total of 18 species and good old fashioned birding where you had to put in a lot of effort to search for your birds.

Lunch break and the start of a return journey via the higher TF28 running parallel but higher to the coastal motorway duly provided a number of sightings of Canary and the wide-spread Berthelot’s Pipit and even a few Common Swifts.  Finally, Barbara and Jenny caught sight of the Canary Grey Shrike on the nearby wires having returned to the motorway and then we added a few Little Egrets on the local golf course as we neared our apartments.