Franklin's Gull almost on the doorstep


Just a ten minute walk along the front to Caleta de Zelez and I was greeted by what could almost be called a "Gull Fest."  nevermind the resting and wandering Yellow-legged Gulls which totalled almost a hundred, there were also at least fifty Black-headed Gulls in various stages of development along with, maybe, thirty Mediterranean Gulls and another thirty Audouin's Gulls for good measure.  However, the pièce de résistance was not the couple of 2nd winter Common (Mew) Gulls but the Franklin's Gull that has now been in residence for at least three weeks.  No doubt if I put my mind to it I could have scoped out into the turning approach to the harbour and also picked up Lesser Black-backed Gulls, there were certainly a few immatures among the Yellow-legged Gulls. 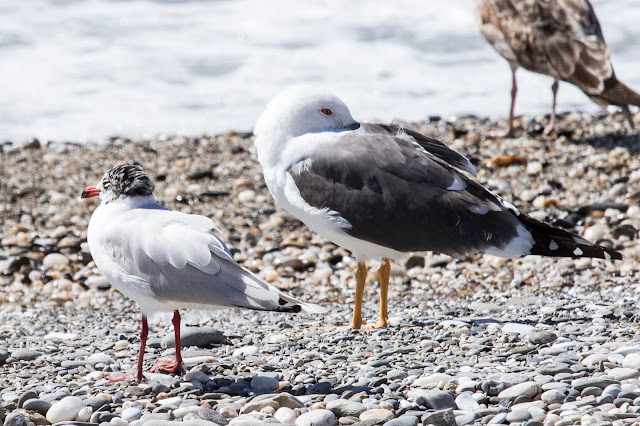 But it was not only the gulls that were taking advantage of this sheltered roosting area.  Near the water's edge was a quintet of Sandwich Terns and above them a couple of Little Egrets and a single Black-winged Stilt.  Meanwhile, running around on the water's edge immediately ion front of me I counted twenty-seven Sanderling, most very much coming into summer plumage.  Shame I could not add both the White Stork and Grey heron that have been seen on this shore in previous months. 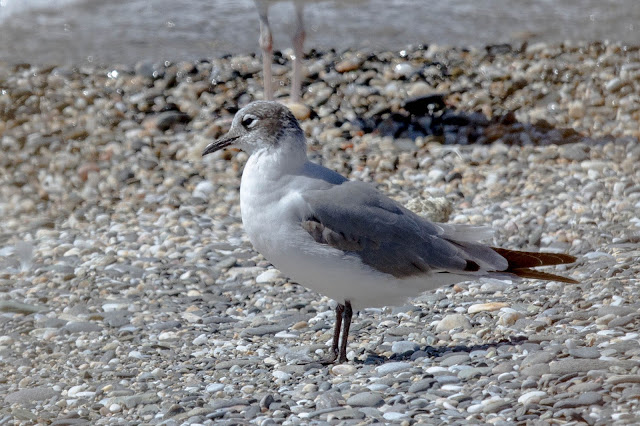 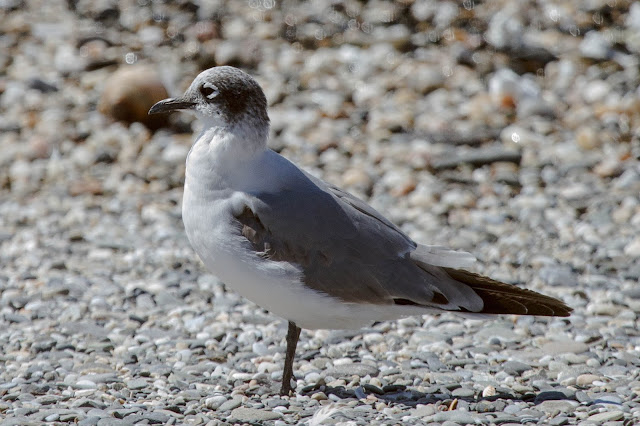 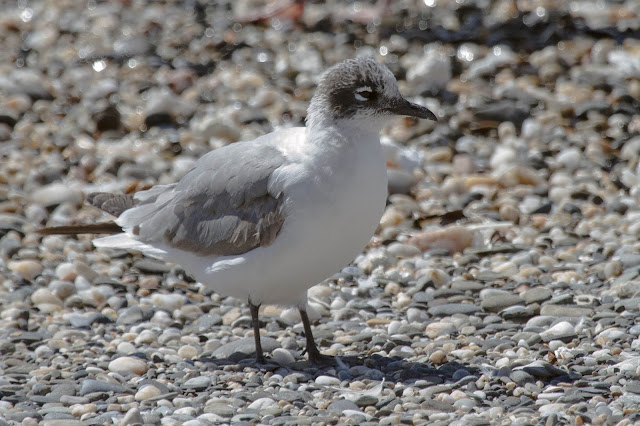 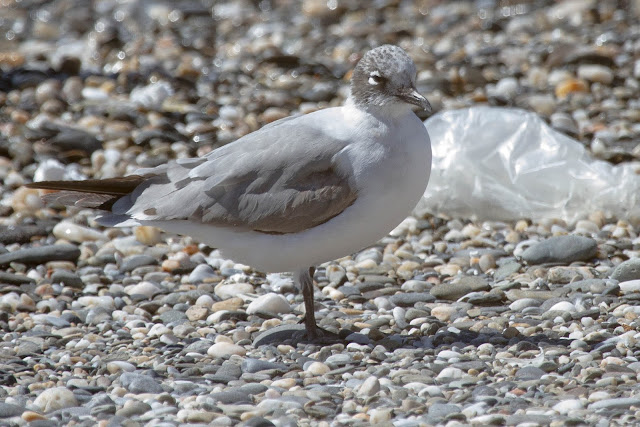 Noise wise?  Generally very quiet save the occasional outburst as the gulls suddenly take to the water for a few minutes but, at the same time, there was that constant screaming of the marauding Monk Parakeets. 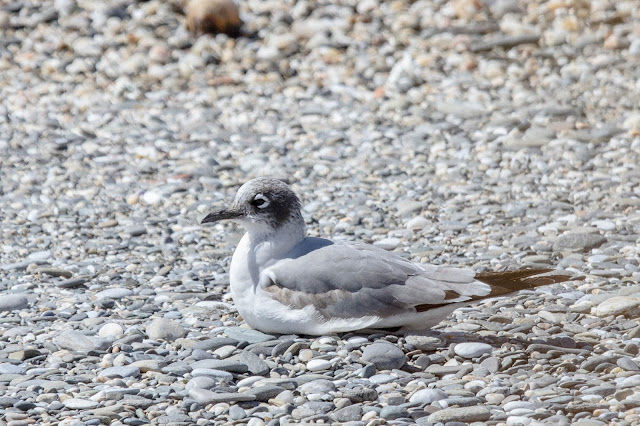 Check out the accompanying website at http://www.birdingaxarquia.weebly.com for the latest sightings, photographs and additional information.
Posted by Bob Wright - The Axarquia Birder at 05:36