The coldest night of the winter so far this year where we live and here I was taking a party of ten members up to the mirador at Ventas de Zafarraya to join the rest of the members of the Andalucia Bird Society on their November field meet.  Lovely to see so many interested birders, I think the final count was twenty-five, and this large number was, indeed to prove somewhat problematical once we started on he third part of our day's venture.  And, by jove, it was even colder as we prepared to start our walk along the old railway track and through the tunnel into the sun and onwards before returning to the (many) cars.  Definitely a case of putting on as many clothes as could be found in the car!  Butthe watching Ibex did not seem to mind as they peered down upon us.

We had already had White Wagtail, Thekla Lark, Collared and Rock Dove, not to mention numerous Black Redstarts and a single male Blackcap as we approached the meeting point to be greeted by more Black Redstarts and the first of very many Blue Rock Thrushes during our stay.  Mick Richardson had already seen and photographed a magnificent Peregrine Falcon as he approached the site so we all pleased when, eventually, we all managed to find another.  However, strange to relate, we only had a single Black Wheatear before the tunnel and only one more on the other side but a couple more as we returned to the cars where further individuals were seen.  Steve managed to get a shot of the Meadow Pipit that had decided to perch on the wires above and, of course, there were a small number feeding on the grass. There were, of course, other great birds seen including Wren, Sardinian and Dartford Warblers, Great Tit, a number of Stonechat, Crag Martins in, out and around the tunnel and a final total of eight Griffon Vultures drifted over.  However, the best sighting, and probably the "bird of the day"  was the Alpine Accentor, even better than the Ring Ouzel seen by one of the members..  Following a distant sighting on the cliff face before the tunnel, as we started our return walk most were surprised and privileged to then find an individual on the rocks immediately to the right and within ten metres.  Then add on a couple of Northern Wheatears, Rock Sparrow and Bunting and a fly-over Peregrine Falcon, even a Sparrowhawk was seen on the other side of the valley, and we really had been treated well.  Wow!

Leaving the mirador, we next drove through the "Magpie Woods" where most recorded Azure-winged Magpie after a short stop which also revealed Mistles Thrushes, Red-legged Partridge, Robin and Chaffinch.  Next it was to the arable fields, passing charms of Goldfinches plus Serins and a Corn Bunting, before our successful search for both Calandra and Short-toed Lark.  We even recorded a couple of Sky Larks, saw both Kestrel and another Peregrine Falcon along with House Sparrows.  Not long after mid-day and we had recorded five species of lark when you add on both Thekla and Crested Lark.  As we drove away a (common) Magpie flew over.

Between here and the pantaneta above Alhama de Granada all seemed to fall apart as we managed to lose three cars towards the rear of our ten-car convoy.  I was later to hear that the "missing cars" had managed to find Brambling at the same site where the Mistle Thrushes had been previously see.  For those us who reach the small laguna, very useful for warming coffee and much appreciated facilities, we duly recorded Moorhen and Coot along with Little Grebe, Mallard, Shoveler and Pochard on the water.  A Cetti's Warbler dashed past below the hide.  A little later a short walk to the adjoining spinney produced Coal and Long-tailed Tit, Firecrest and Short-toed Treecreeper.  On the outskirts we also had three Grey Herons, Wood Pigeon and a couple of Song Thrushes along with the expected Blackbird.

Our final stop of the day was at the woods of El Robledal.  No sooner had we arrived and we were both hearing and seeing Crested Tits, Coal Tits, Chaffinches and the first Nuthatch.  In addition, many if not most, had also seen Jay and Great Spotted Woodpecker  as we approached the car park.  Indeed, some also had views of Green Woodpecker and Crossbill.  The hour-long circular walk, as well as more of the above, also confirmed Buzzard and Jackdaws were seen from the car park.  Finally, another Southern Grey Shrike and a Nuthatch were seen on the drive back down the track to the main road and home.


It may have started out very cold but the day had certainly warmed up, both in terms of heat and the number and quality of birds recorded.  Most enjoyable and a final total of 68 species - until I am corrected!

With my computer on the "blink" and unable to access my photographs, I am most grateful to my friend Steve Powell in providing the illustrations, all take on the day.

Good news; Computer now fixed and, all being well, a couple of more photos to add as well as the additional photo from Steve of a Crested Tit. 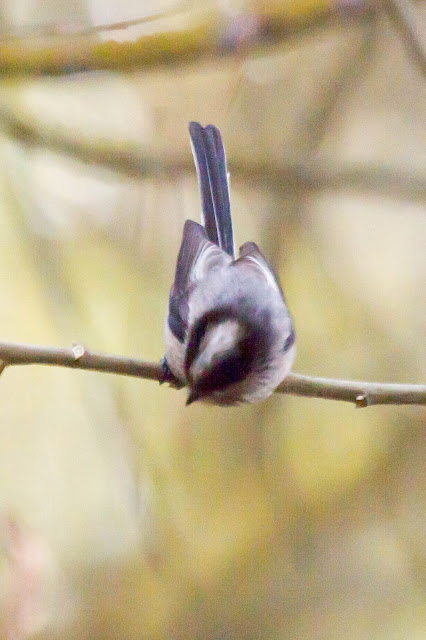 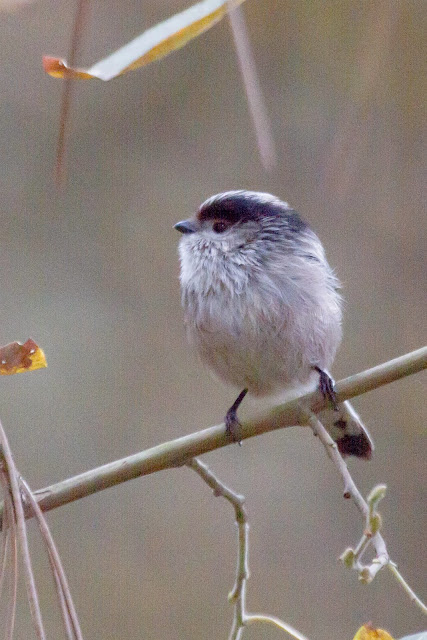 
Check out the accompanying website at http://www.birdingaxarquia.weebly.com for the latest sightings, photographs and additional information.
Posted by Bob Wright - The Axarquia Birder at 09:21