A beautiful, warm and sunny day with the temperature rapidly rising a the hours went past.  Just the odd cloud in the sky but a continuous light wind to offer the challenge as I collected a Nikon RAII scope and Velbon tri-pod to try out down at the Guadalorce in Malaga.  And a very good bargain it was, too, with its 27w eye-piece and a very stable mount which remained firmly rooted to the ground as I, eventually, checked out the Rio Viejo just beyond the Wader Pool. 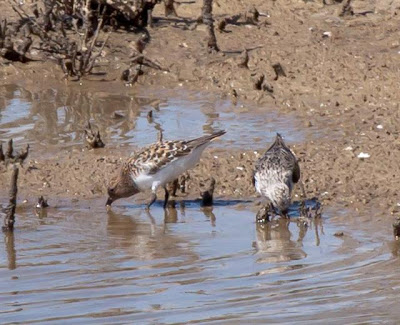 I really ought to have been house painting but it seemed ridiculous to go all that way and not take a look at what was about in the reserve.  Blackbirds, Rock Doves and Monk Parakeets to welcome me and a plentiful supply of Barn Swallows and House Martins.  However, crossing the footbridge it was obvious that the swifts were out in force as they were everywhere; the place was awash with these scythe-winged wonders.  Of the hundreds present in the area and the reserve in general, I would calculate that at least 95% were Common but the remainder were certainly Pallid Swifts.  A Little Egret made its way down the western arm of the river and a small number of Spotless Starlings were feeding and bathing at the river's edge whilst a number of House Martins were busy collecting their building materials from the exposed sandy shore, both watched over by a handful of busy House Sparrows.

Arriving at the Laguna Casillas I had a few Coots and a family of Moorhens along with a trio of White-headed Ducks, a number of Gadwall and the odd Mallard.  A little patience revealed first a few Common Pochard, then a pair of Red-crested Pochard and finally followed by a single Shoveler.  Below me a pair of Black-winged Stilts went about their daily lives along with the other half-dozen on the water.  On the far side a Spotted Flycatcher was found by using the new scope.

Moving on to the Wader Pool I was able to start finding waders in larger numbers.  In addition to more Black-winged Stilts there were half a dozen Ringed Plovers, four Redshank, three Kentish Plovers and a single Little Ringed Plover.  This promised well for the old river (Rio Viejo) and I was not to be disappointed with more of the same plus three Little Stint, a trio of Sanderling, a few Dunlin and at least one Curlew Sandpiper.  The biggest surprise, however, was the quartet of Grey Plover in their summer breeding plumage; what were they doing here so late in the year?  On the opposite side of the track a female Common Kestrel perched on top of concrete post whilst, near the top left of the old chimney, a male Peregrine Falcon stood guard near his nest.

It would be easy to say that the walk to the Sea Watch overlooking the beaches was a complete waste of time with sunbathers to the right, fishermen to the left and a couple of Kayaks on the water just off-shore.  Heading inshore, but a good distance out, was a pleasure motor boat but, immediately in front in the line of sight, the only birds to be seen, a trio of Common Scoters.  Again, why were thee birds still present? 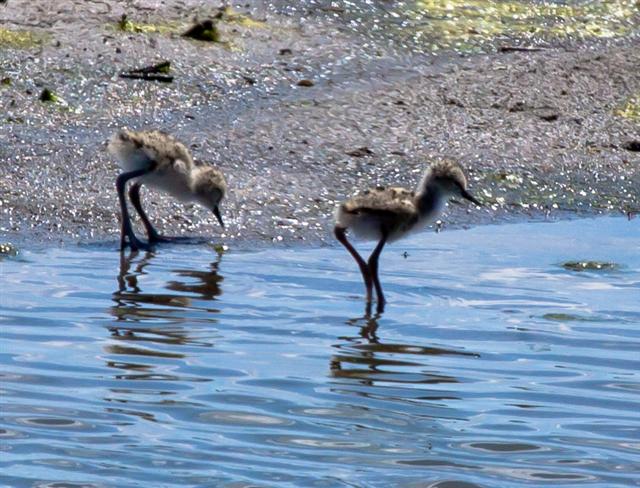 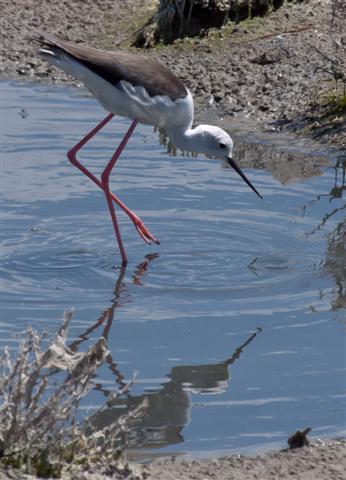 The walk back to the Laguna Grande via the Laguna Escondida produced both Sardinian Warbler and Stonechat but very little else.  The Escondida was quiet with just a Moorhen and female White-headed Duck and, for its size, the Laguna Grande was all but deserted.  A single Little Egret, a couple of Black-winged Stilts with four newly-hatched youngsters and a pair of Ringed Plovers.  The only new birds were a Blue-headed Wagtail (Iberian race Yellow Wagtail) over-flying the water, Goldfinch and a single immature Yellow-legged Gull.

So with 36 species recorded in a couple of hours I decided to make my way and think about the painting that had not been done, confirming Thekla Lark, Serin and Bee-eaters as I made my way up the mountain track.


Check out the accompanying website at http://www.birdingaxarquia.weebly.com for the latest sightings, photographs and additional information.
Posted by Bob Wright - The Axarquia Birder at 12:03