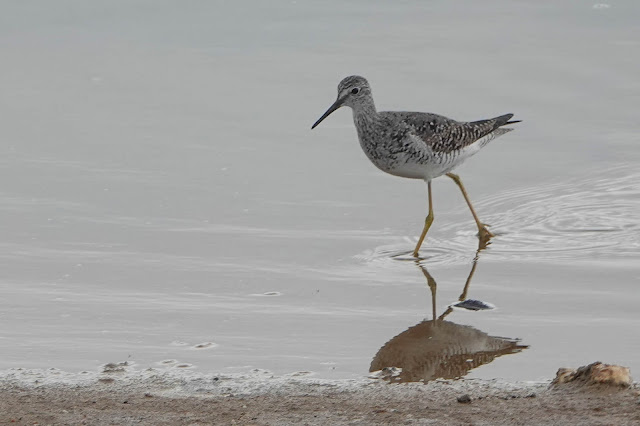 A visiting Lesser Yellowlegs has been at Normandy Lagoon on the eastern end of Keyhaven and Pennington Nature Reserve for just over a month, always at the western end near the largest island. 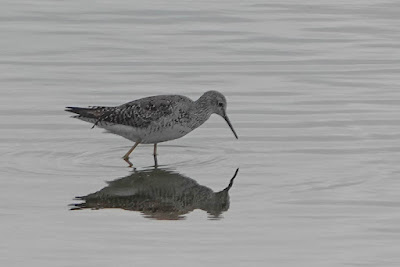 Arriving just before 8am on Tuesday 26 July 2022 lots of waders, especially Redshank and Oystercatcher but no sign of the American wader. I thought I had found a Phalarope as watched a wader undertaking rapid circling activities as it fed but surely wrong bird and wrong time of the year, must have been a distant Greenshank. So onwards and off to the sea side of the lagoon where I met four other birders, one of whom had been on site since 5am but no sign of the target bird. The wind had eased well back and changed direction overnight so it looked very much as if the Yellowlegs had moved on. 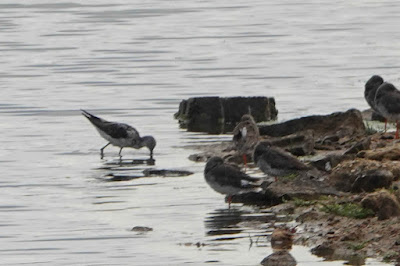 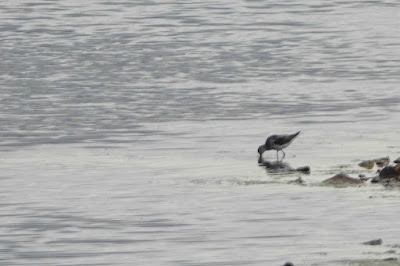 As the early morning birder moved off back to the entrance point he stopped, raised his arm to indicate that he had found something whereupon we all moved best the western embankment, almost immediately on the spot where I had first stopped. And, sure enough, there was the Lesser Yellowlegs feeding close to the water's edge right in front us, not ten metres away. 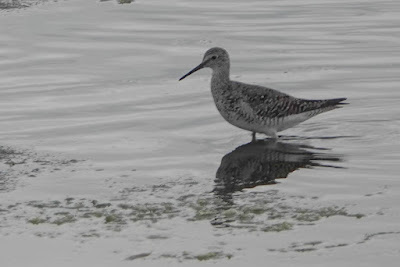 Yes, you've guessed, the very bird I had earlier seen undertaking the circular feeding activity! "Collins" suggests that the bird is often found associating with Redshank and appears to be a smaller version, about the same size as a Marsh Sandpiper and with a similar fine, almost completely dark bill as the Redshank and with a rakish build. Naturally, always very yellow legs. To me, at close quarters, the bird was certainly more like the Marsh Sandpiper than a Redshank. But, as suggested, it was certainly accompanying the many Redshank and a few Greenshank. Wonderful sighting and the photos also include my initial record shot of the more distant, as then unidentified, Lesser Yellowlegs. 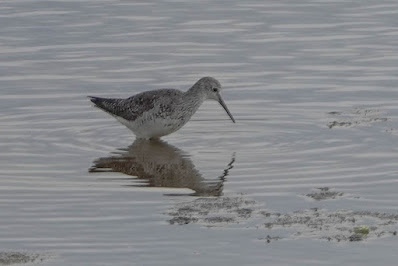 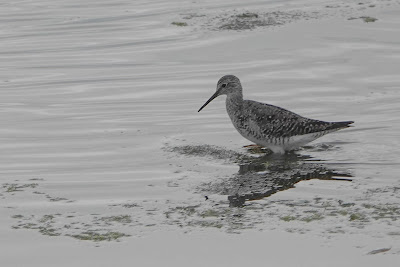 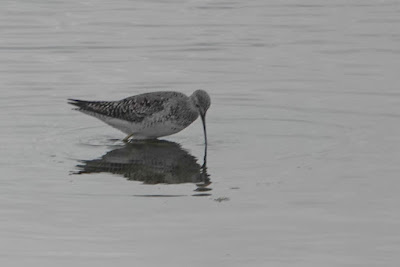 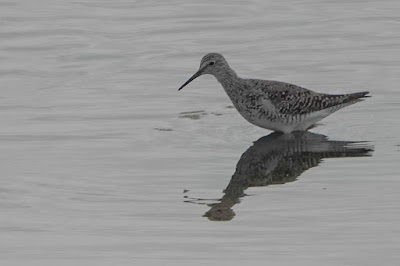 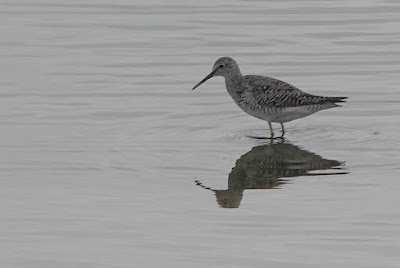 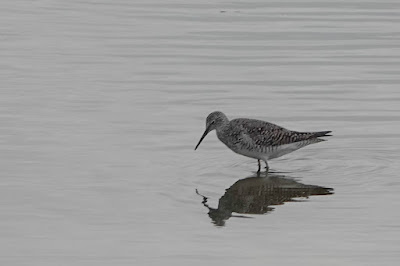 For the latest news follow the Axarquia Birds and Wildlife Facebook page for more photos and comments and the opportunity to share with the wider birding world.
Posted by Bob Wright - The Axarquia Birder at 00:48