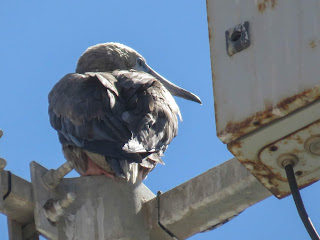 What a way to start the week after last night's disappointment.  Quick look again with friend Derek Etherton for the sighted Red-footed Booby and no sooner had we left than a phone call from our mutual friend, Andy Paterson to say that bird had immediately been located resting on top of a set of floodlights - almost right above our heads.  And when well-hunkered down almost impossible to see without bins/scopes.  Initial photos take on phones at about 9.45 then back on site just after 4pm with my little camera.  The bird had now moved to the centre of the fight unit to, presumably, get a little more protection for the the very hot sun in such an exposed situation.

Most of the time the bird was preening but did look up once in a long while to give an opportunity for a head shot - but these opportunities could be measured in fractions of a second!  However note the bill, obviously not a Gannet, and also the red feet.  I have also included one more open shot to give an idea of the roosting site on top of the floodlights.  Meanwhile, down on the neighbouring beach in the harbour entrance no shortage of Audouine's Gulls and, of course, anywhere in this area is going to have visiting, noisy Monk Parakeets. 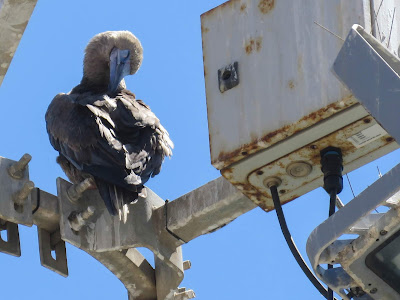 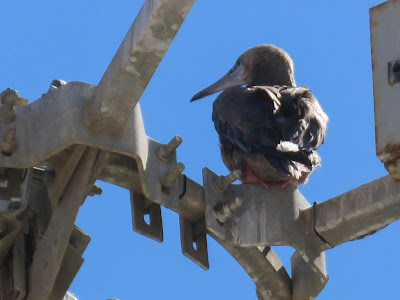 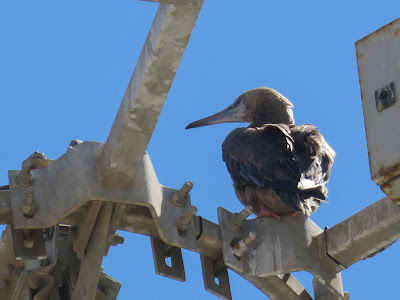 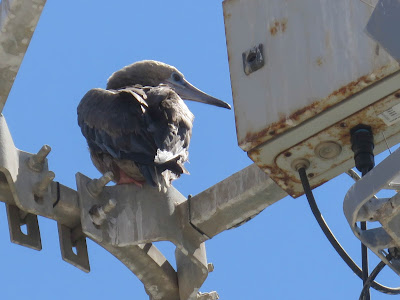 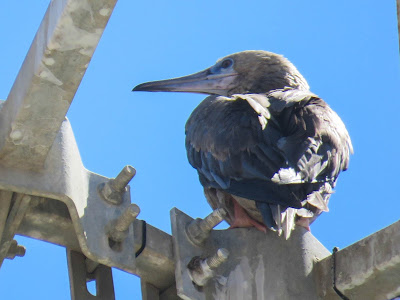 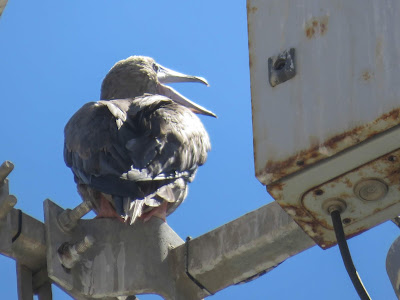 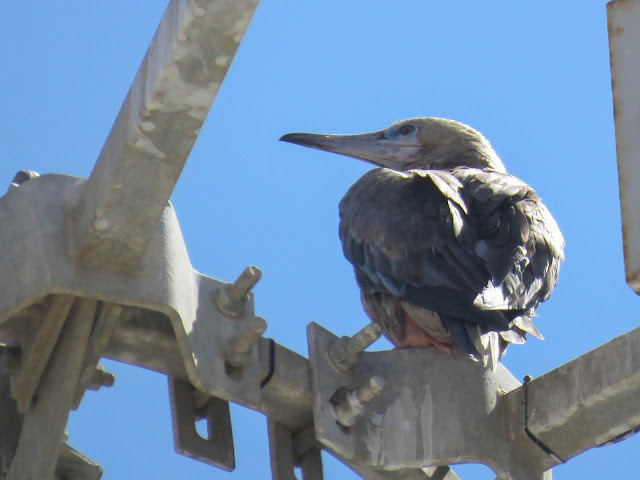 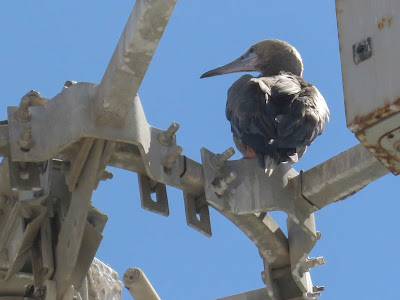 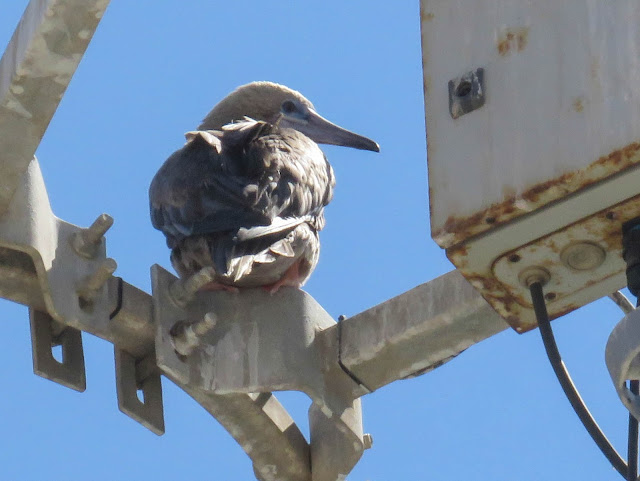 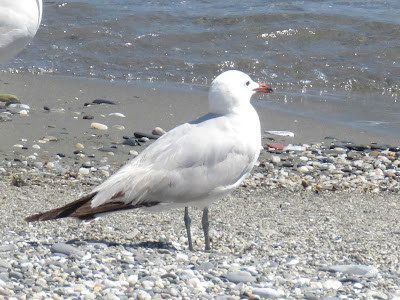 Check out the accompanying website at http://www.birdingaxarquia.weebly.com for the latest sightings, photographs and additional information
Posted by Bob Wright - The Axarquia Birder at 08:39