Snow Bunting at Last - within Five Minutes of Arriving

Interview with the doctor at the Immunisation Centre in Malaga commenced early and took longer than expected when it turned out that the lovely young doctor was the sister of a local birder who I recognised from her photograph and that we both knew Juan Ramirez who often turns up to my local Rio Velez to undertake some ringing (banding in the USA).  Small world as they say.

Anyway, back on the train to Plaza Mayor where I picked up my car and drove down to the Cabopino Marina well beyond Fuengirola to have a second crack of the whip in trying to locate the visiting Snow Bunting, given that it had been seen again yesterday.


Arriving on site at 1.05 I noticed that there were already ten birders present with their bins, scopes and cameras and all relaxing indicating that the bird might be about but not on site at present.  It seemed an appropriate time to wander back past some of the luxury cruisers whilst I ate my role.  Turning to come back one of the birders was heading towards me and, I assumed, on her way home.  Having asked if she had seen the Snow Bunting, she informed me that it had just flown this way and settled on one of the boats.  Naturally, turned round and got the bins busy.

Found it on the far end of the boat and almost hidden by a railing but I managed to get a quick record shot before it took leave and headed back from whence it had just come.  Therefore, I continued back to the car to discover that the bird was happily feeding with about eight House Sparrows right in front of me; not five metres away.  Now I don't know about you but the name of the boat on which the Snow Bunting alighted was "Captain 4Play" so you can imagine what went through my mind to discover that it led to such close views a minute or two later.  What a little tease this bunting is. 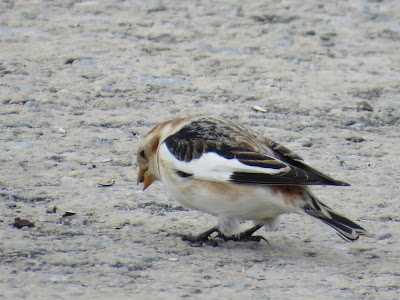 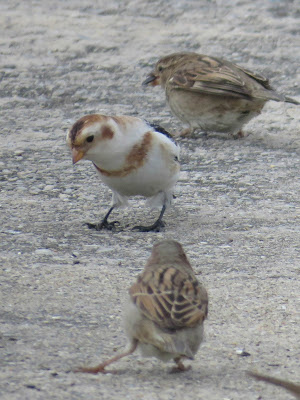 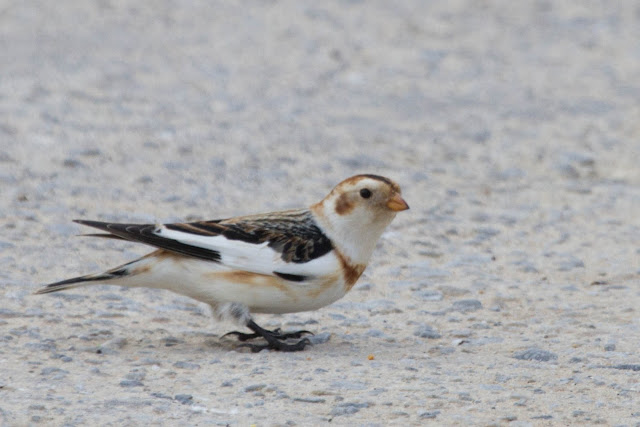 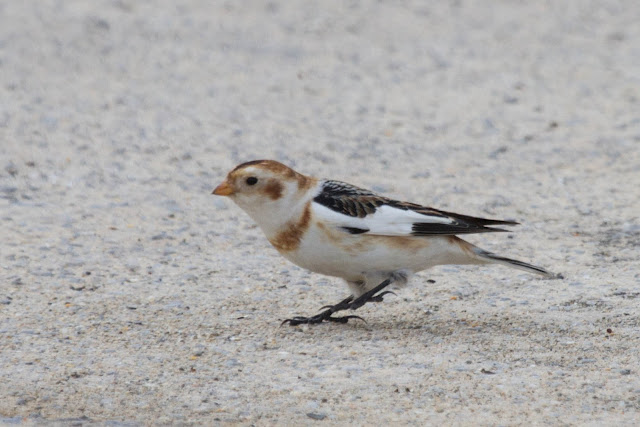 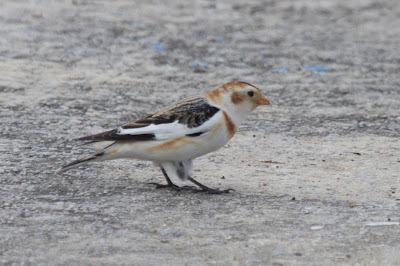 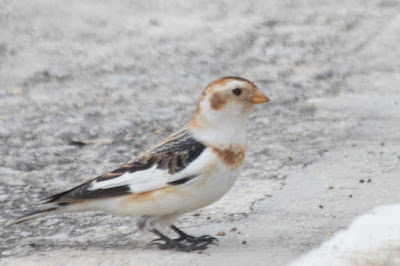 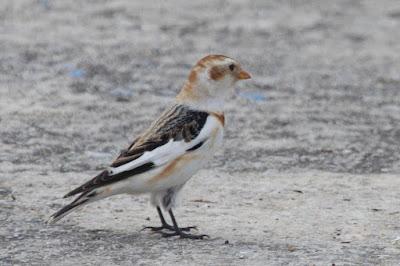 In addition to the target bird and House Sparrows I also saw White Wagtail, Cormorant and Rock and Collared Doves.  Leaving for home I stopped at the lighthouse to the west of Fuengirola and also picked up an Audouin's Gull.

Check out the accompanying website at http://www.birdingaxarquia.weebly.com for the latest sightings, photographs and additional information
Posted by Bob Wright - The Axarquia Birder at 08:03