Pictorial celebration of a special pair


Long-tailed Duck Clangula hyemalis and Trumpeter Finch Bucanetes githagineus.  What better way to celebrate the sighting of this wonderful and rare observation of these two birds than to publish some additional shts taken on 24 and 25 January respectively.

Looks like a female in winter plumage and all on its own for a number of weeks mixing with about a dozen Mallard Anas platyrhynchos.  Whereas the Mallards seem to accept human attention and will leave the very small lake to take bread from passing golfers, the Long-taild duck seems to prefer to remain within the safety of the water, albeit she will move very close to the shore.  This, according to the Collins Guide is a bird that breeds in the Arctic on tundra pools and marshes and usually winters at sea, often in large dense flocks close to land.  Strange then that we keep finding individuals in Andalucia that appear to have lost their way.  My last sighting was also an individual but this time at the Dehesa de Abajo on the edge of the Donana National Park. 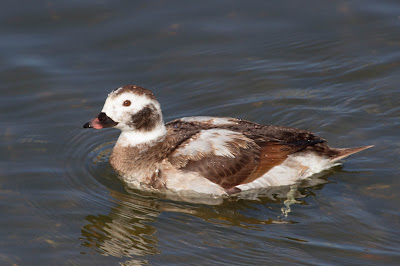 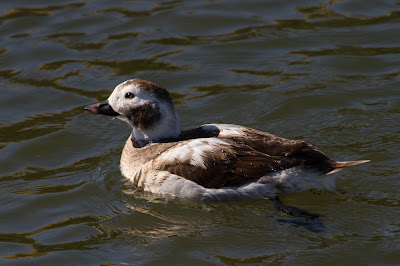 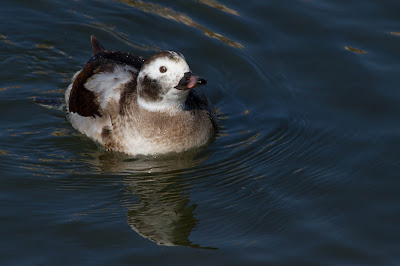 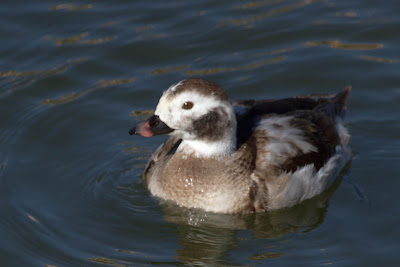 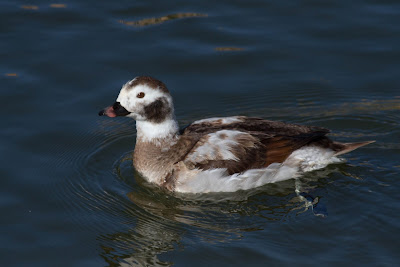 Lovely little finches with a large beak.  Note the red of the males compared to the orange colour of the females as theses birds come into breeding plumage.  They love to remain in small groups and live and breed together. At the moment, the attraction would appear to be the small yellow petals on the flowers that can be seen around them.  Most flocks seem to consist of no more than between a dozen and twenty individuals but it would not be unusual to find other similar sized flocks in the near locality.  Judging from the experience of others, the total population of the Cabo de Gata flock would appear to be about 40.  But is this the same flock that that is also seen near the hides on the other side of this peak between salinas and light-house?  Again, it is thought that the birds probably move slightly inland and a little higher to breed.  There is now also a record of a couple being seen in Granada province so there may be more of these delightful finches about than previously thought. 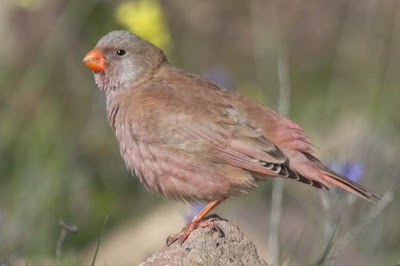 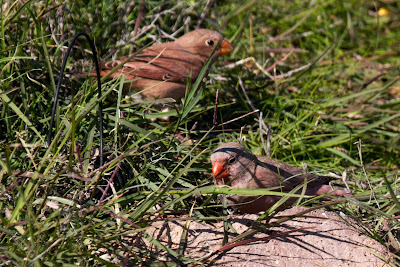 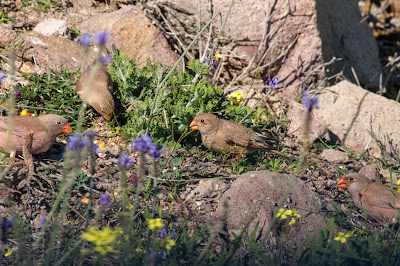 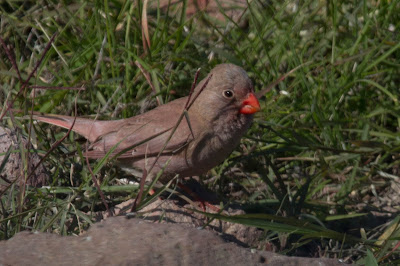 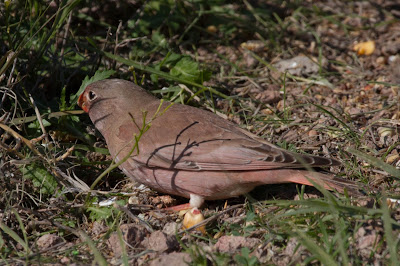 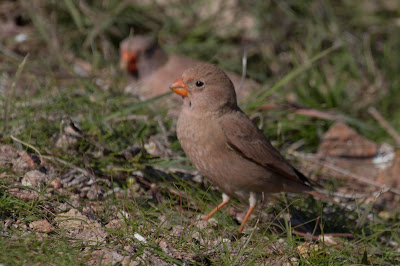