Bird Trapping on our Doorstep

A leisurely walk eastwards from Metzquitilla will bring you to a delightful little hamlet called Lagos which, in recent years, has had much work done to bring out its coastal beauty.  Here there is an old torre where, in summer months, you can find breeding Lesser Kestrels Falco naumanni.  But not this morning.

Climbing up the steep access road towards the top my friend came across the very thing that upsets most birders.  England has its power-crazed grouse-shooters which has resulted, in a good year, possibly two or three nesting pairs of Hen Harriers Circus cyaneus rather than hundreds; Malta and Cyprus have their shooting fraternity that seem to shoot at anything that flies and Spain, our lovely Spain, still catches Goldfinches Carduelis carduelis for either/both the cage bird-singing or dining table aficionados.

It's what you like about the one-nation Europe where we all share the same laws until individual countries start cherry-picking those that they want to amend/ignore for their own personal need or gratification.  On this occasion there was even a Guardia Civil officer at the foot of the hill and, whilst he expressed an inability to speak any English, he was, nevertheless, pointed out and shown what was going on.  Any action taken?  Not that I am aware.


It simply reminded me of the occasion a few years ago when I came upon a similar practise down at the Rio Velez and on getting no response from Seprona checked out the web to discover that Andalucia permits Goldfinches to be taken at certain times of the year but had recently reduced the maximum number permitted and believed that this was a sport/hobby that was slowly disappearing. Evidently not so and on that occasion it was at the start of the breeding season. 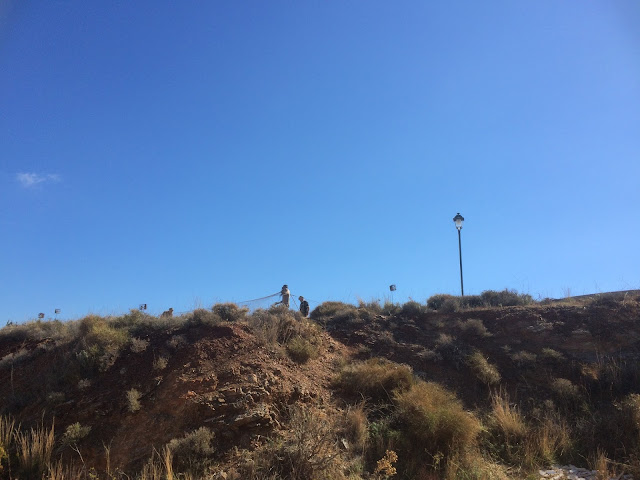 The question remains, what is "legal" (in Spain but not in Europe) and who monitors the activities? Who can obtain a licence and what skills do they need to be able to identify the various small birds caught; in my case by mist net and yesterday using a clap net?  On both occasions "call birds," (birds already in a small cage) were used to sing/call and encourage the wild birds down into the catching area where the traps had been set. 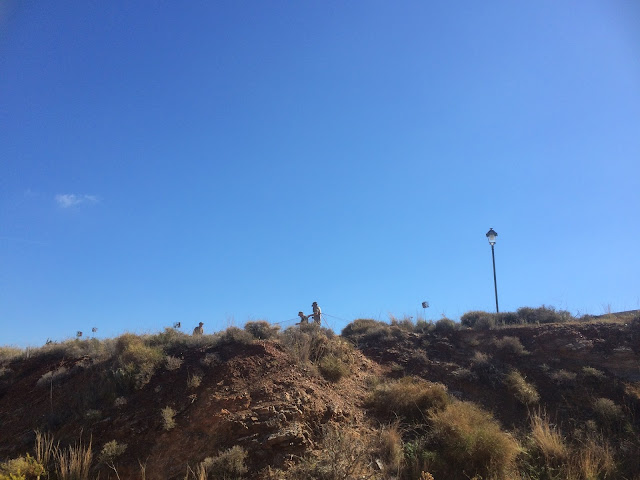 If all innocent and above board, why the anger when the trappers realised that their photographs were being taken?  Just shows what you can do today with a modern camera as per all the illustrations in this report.
Posted by Bob Wright - The Axarquia Birder at 09:29