A busy, busy day ahead with various visitors expected and jobs to be dome but first a short ninety minute trip down to the local Rio Velez in Torre del Mar.  Pleasant weather with a little broken cloud but rapidly clearing to become quire warm and sunny.  Arriving, as usual, I was welcomed by the resident Rock Doves and even a single Collared Dove by way of a change.  Not too many House Sparrows about but my word the birds were singing well with both Nightingale and Cetti's Warbler in full voice.  Then, of course, the Reed Warblers joined in and, thanks to Belgian visitor Jos Rutten who had been at the site since 7.30 and already located an individual, a rather delightful Sedge Warbler foraging about in the reeds immediately in front of us. 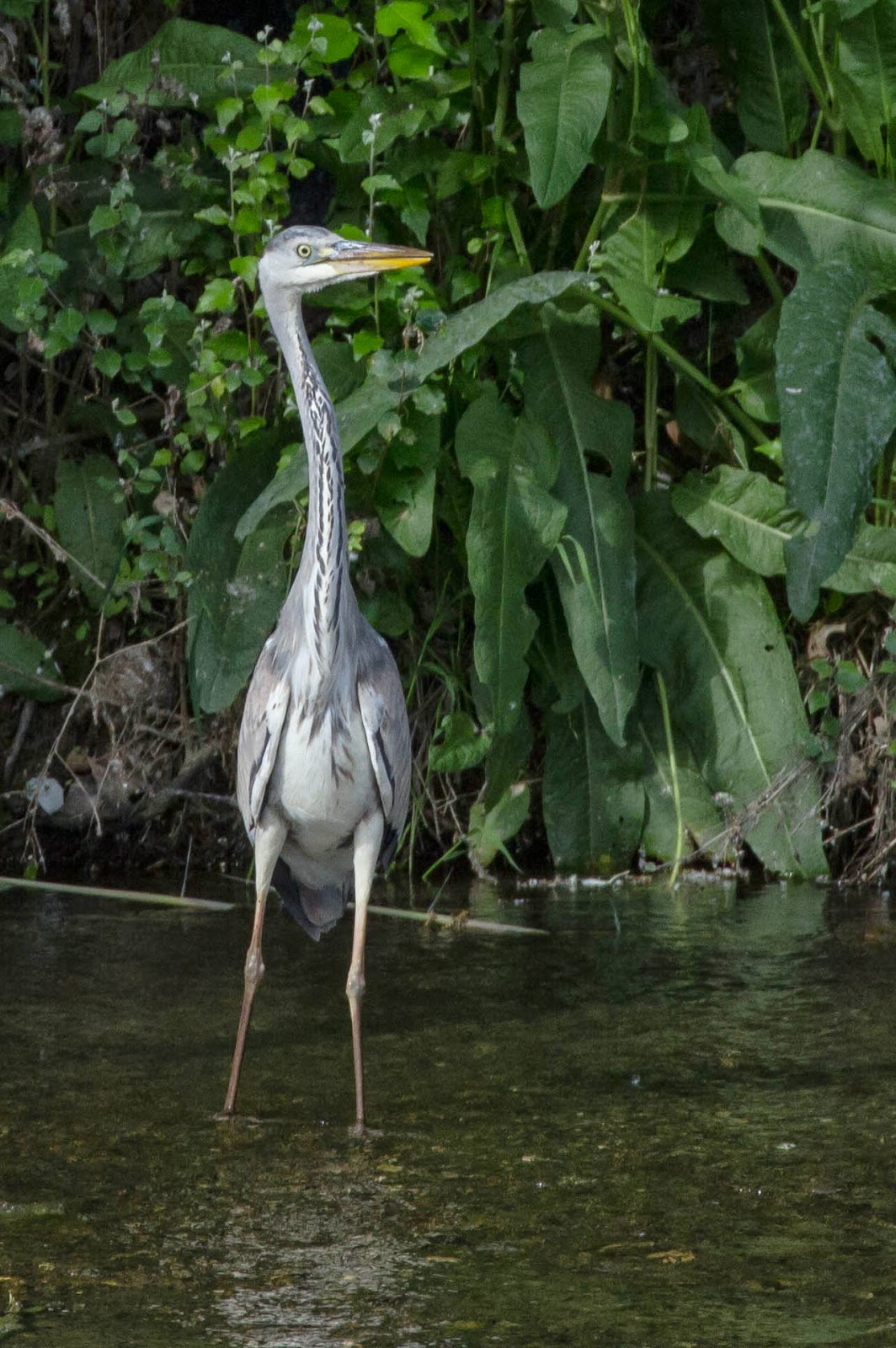 There was a single Grey Heron on the far side of the river taking cover under an overhanging branch but it was soon away once we started moving down towards the beach.  But it was back on station when I returned to the car.  Similarly, the pair of Little Egrets took off downstream to join another half-dozen but they, too, returned to their original feeding area a little later on.  A Green Sandpiper flashed by heading upstream displaying a lovely white rear end.

Not a good day for Stonechats but there were certainly a good number of Blackbirds to be seen along with some rather smart Serins.  See a Serin and almost immediately the Goldfinches start to appear.  Spending some time at the new hide I had a close view of a Nightingale and then a couple of Blue-headed (Iberiae Yellow) Wagtails.  More Serins and Blackbirds and on the water a couple of Coots to add to the local Moorhens and eight Little Egrets.

The edges produced both Ringed and Little Ringed Plovers along with about a dozen Sanderling and a pair of Dunlin.  There were very few gulls to be seen other than a very small number of immature Lesser Black-backed Gulls.  (Jos had seen both Mediterranean and Audouin's Gulls when he arrived just after daybreak.)  Over the water the Barn Swallows were bust feeding but the House Martins did not appear until I was back at the car.

Before setting off back up the track to my car, a Common Sandpiper put in an appearance and a single Cormorant was seen flying upstream.  All in all, a pleasant short interlude before completing the shopping and getting down to work.


Check out the accompanying website at http://www.birdingaxarquia.weebly.com for the latest sightings, photographs and additional information.
Posted by Bob Wright - The Axarquia Birder at 06:53