Osuna with the Andalucia Bird Society


What a beautiful start to the day as I left home on Saturday morning; not a cloud in the bright blue sky, perfectly calm and the sun beating down at 8.30.  Thekla Larks, Goldfinches and a Kestrel on the wires as I came down the mountain and the first of the Barn Swallow flocks as I made my way through the back of Los Romanes and so on to Casabermeja and the motorway towards Antequera then Sevilla.  And that's where the good news weather ended as within twenty metres of crossing into Sevilla Province just to the west of Fuente de Piedra I hit the fog wall which managed to stay with me to within a couple of kilometres of my destination in Osuna for this month's field visit of the Andalucia Bird Society.  A great day's birding followed in great company and with so many in attendance, forty-six was the figure I was told, naturally we split into smaller groups with me acting as "rear gunner" along with Derek Etherton in his X-trail, a rather exclusive party of two X-trails and, my counting, a maximum of three English between the eight of us!  Two from South Africa, one Dane, one Irish and me from Wales, a truly international selection!   (Just waiting for Tom to tell me that he is not English!!!!)

With the four groups well spread out it meant that the birds disturbed by the first two parties were back in place by the time we arrived; obviously pays to be either in the first or last group.  No problem pulling over to the side of the road for very many stops so we got to see a marvellous selection of birds and my car managed to record a total of 57 species.  I would imagine that the combined total recorded by the Society is certainly going to be well in excess of seventy species.

No sooner had we set off than we were stopping to see the very close Red-legged partridges, never mind the House Sparrows, Collared Doves and Spotless Starlings.  There were Corn Buntings everywhere and then our first raptor with a Common Buzzard sat atop a pole in the field to our right.  Just as good, a small flock of Calandra Larks resented themselves well before reaching the first high bridge over the now abandoned high speed railtrack.  However, a short stop at a crossing over  small stream produced not only a flock of Stone Curlews but, in the nearby reeds and vegetation, Reed Warbler, Sardinian Warbler and Cetti's Warbler.  Even a Mallard flew over and a the first of very many Hoopoes for the day was recorded.  next up was a small charm of Goldfinch and a small flock of resting Bee-eaters.

Lots of good news at the first bridge.  Not only did we immediately find a few, at least four, of the very small resident flock of Great Bustards in Andalucia but we had many Marsh Harriers quickly followed by Montagu's Harrier and Common Kestrels.  Whilst searching the field to our left we not only found another Great Bustard but also a single Little Bustard, the last seen whilst also having a Stonechat in the same view. 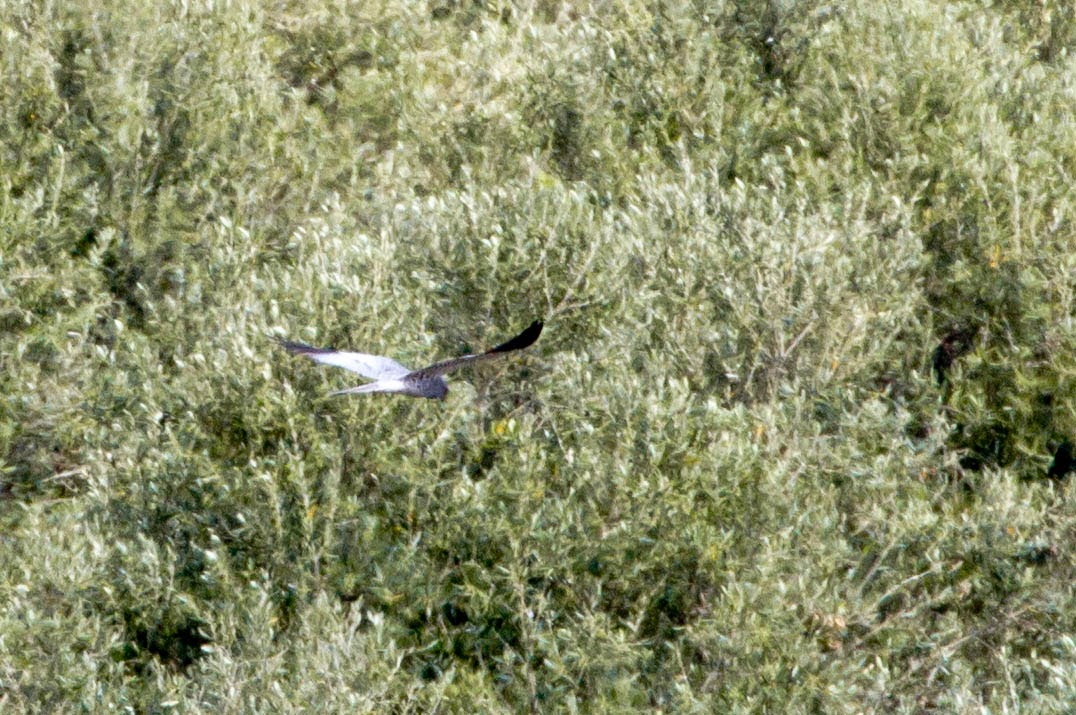 Then it was on the last high bridge where we actually re-crossed the railtrack.  Stopping just before the bridge we spent time study the thirty or more Collared Pratincoles that were feeding and resting in the area.  A pair of ravens worked the area near the bridge's summit and more Montagu's Harriers were recorded.  Crested Larks and Corn Buntings on the fences were occasionally joined by a couple of Whitethroat whilst, in the distance, we watched a pair of Black Kites move over to the olive trees and there, in a thermal, we counted more Black Kites soaring with at least four Griffon Vultures and a single Red Kite.  On the other side of the road a pair of Buzzards were moving away from the area.  Just to add to the variety, a pair of Short-toed Larks moved along then crossed the road to land in the adjacent olive grove whilst a Zitting Cisiticola took to the air.

Continuing on towards La Lantejuela we duly recorded Barn Swallows, Rock Doves and Collared Doves along with yet more Red-legged Partridges we eventually reached a stretch of road that seemed to produce a Southern Grey Shrike on every other stretch of wires; we must have seen at least eight individuals.  This area also produced a good number of Lesser Kestrels and a pair of Linnets.

Making a comfort stop in the village of La Lantejuela itself we managed to record one of the breeding pair of White Storks and then it was on to the Laguna de la Ballestera for our picnic lunch and catch up with the other members of the Society and talk about who had been seeing what.  Meantime, on the water itself, we also had a good selection of species to add to the Yellow Wagtails of the Iberian sub-species that we had seen as we entered the approach track.  Lots of Flamingos and Avocets and a range of ducks including Mallard, Shoveler, Shelduck and Gadwall.  On the edges many small waders including a good number of Little Stints plus Kentish and Little Ringed Plovers along with Black-winged Stilts and Dunlin.  The gulls appeared to be mainly Black-headed along with a small number of immature Lesser Black-backed Gulls but, in addition, there were very many Gull-billed Terns.  It was also here that we recorded our Serins and a Greenfinch. 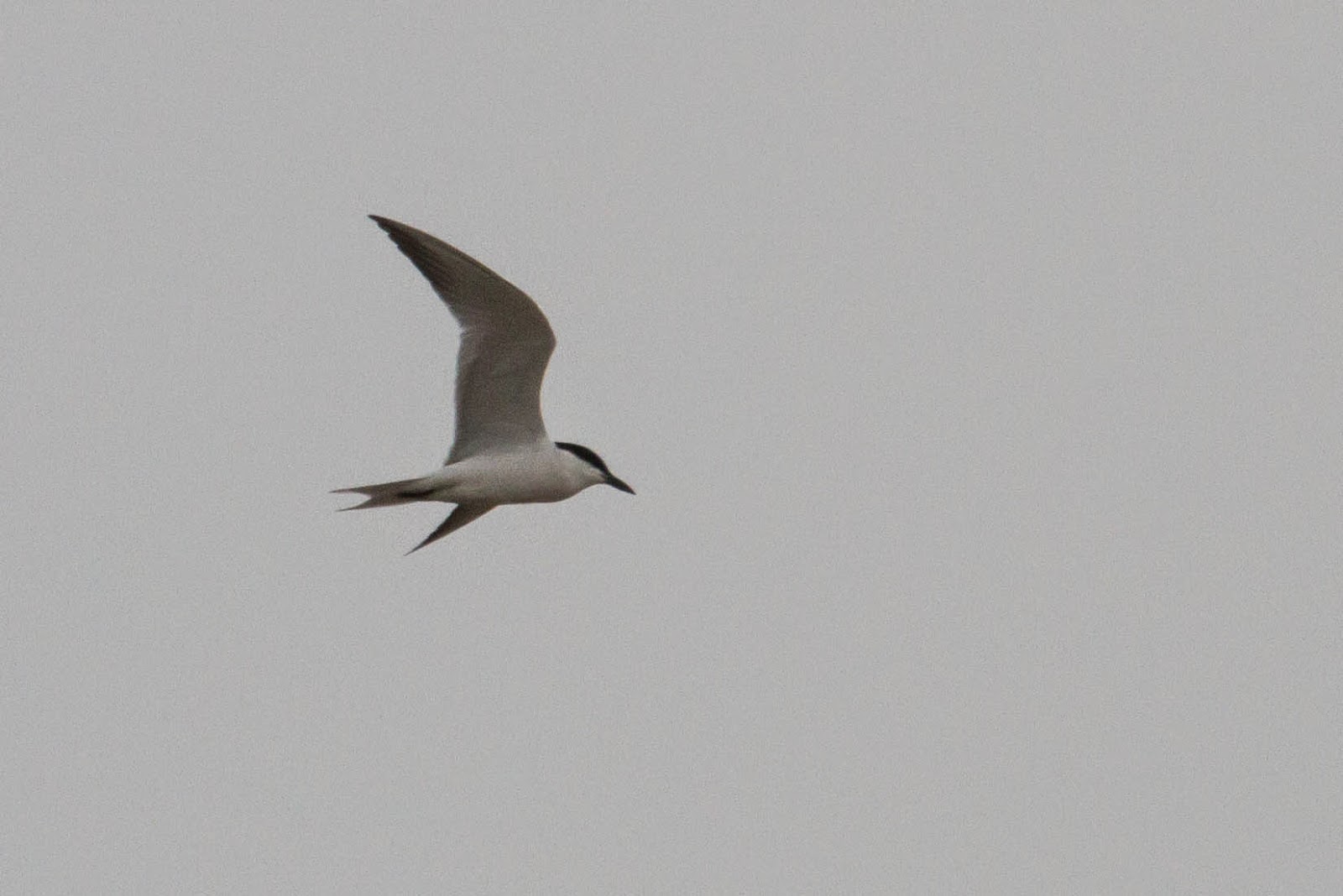 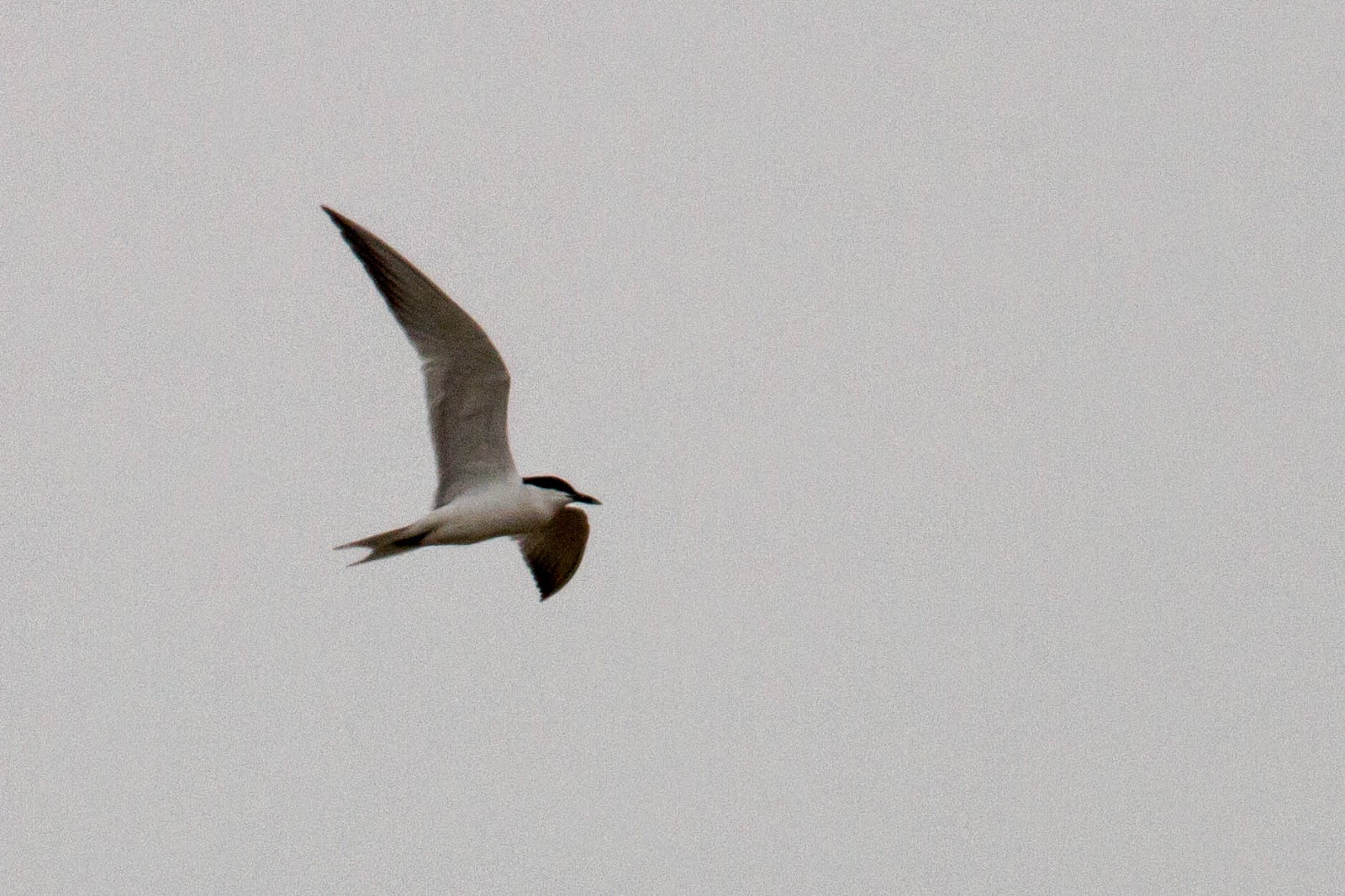 Before making our way back to Osuna we took a short detour to a neighbouring laguna, the first I had seen showing such lack of water, here more Flamingos and Black-winged Stilts along with Gull-billed Terns were also recorded.  Not just more Kentish Plovers but also Zitting Cisticola and then our first and only Woodchat Shrike of the day.  Indeed, just before reaching the track down to the water we had stopped at a roadside tree to watch the flock of feeding Spanish Sparrows.

With the Laguna de las Turquillas completely covered by reeds we continued on back along the main road until we could find a safe place to stop and check the birds on the Laguna de Caulderon.  Again, more Flamingos, Avocets and Black-winged Stilts but also a small party of about a dozen Black-tailed Godwits.  Whilst scoping the water's edge through the reeds (there was no point looking out to the open water, you had to wait for the birds to fly through the scope's vision) we had a small number of Whiskered Terns and at least one Black Tern.

Apart from rabbits, other mammals seen were a Natterjack toadlet (is this the correct name for a young toad?) and a very fat, but still long and low with its legs almost non-existent.  However, a few members managed to see a Lynx well away from its normal territory; lucky them as it was a sight probably never to be repeated.

Time to head for the starting point, meet up other members and finally make our respective ways home.  However, no sooner under way than we had a fat little mammal cross the road in front of us with legs so short his stomach must have been shining the tarmac!  About forty centimetres long and a tail of about thirty centimetres the animal stood about fifteen centimetres at the shoulder.  An even dark brown all over in colour it was the seldom seen Egyptian Mongoose.  But nobody in the car had a camera at the ready and these animals do not hang around once the long grass and weeds come into sight!  But, all in all, a very enjoyable day and my special thanks to the great company of my guests Ita Martin from Ireland and Paul and Cathy Jenkins from South Africa.

Check out the accompanying website at http://www.birdingaxarquia.weebly.com for the latest sightings, photographs and additional information.
Posted by Bob Wright - The Axarquia Birder at 09:46