Jenny off to a Spanish lesson so with just over an hour to spare after dropping her off in Puente don Manuel I took a drive up to the picnic site above Alcaucin in the hope of finding a few Crossbill.  Collared Doves at the start of the mountain drive followed by a rapidly departing Blackbird before arriving at the car park.  No Crossbills in the usual Eucalyptus tree so took a look at the alternative dead tree below the car park.  Again, no Crossbills but a pair of Nuthatch and a single Great Spotted Woodpecker.  That was a very welcome surprise. 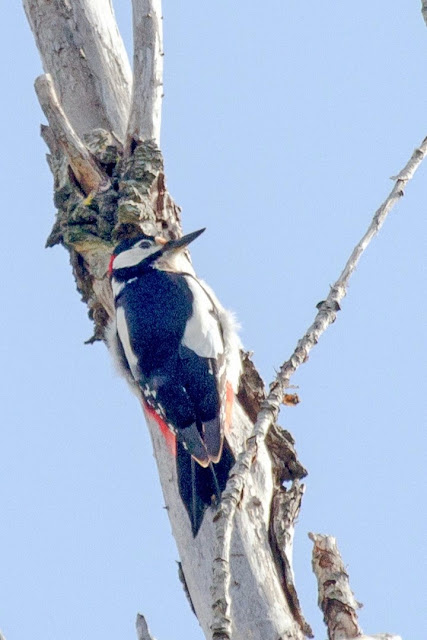 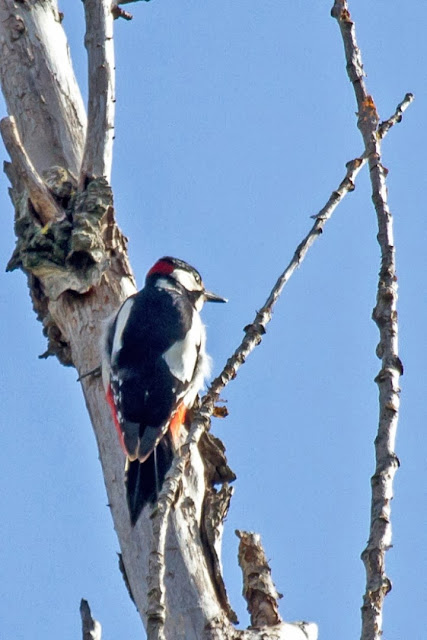 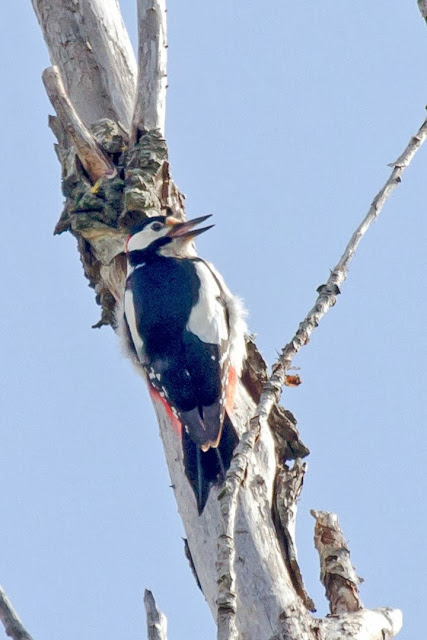 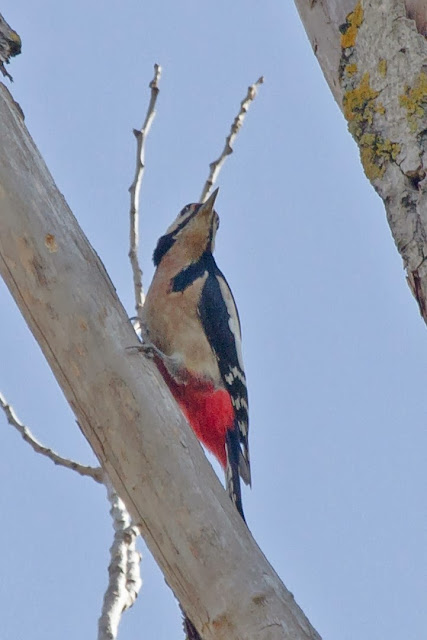 Next up through the picnic tables where I found  Great Tit and saw a high-flying Azure-winged Magpie cross over above the tree tops.  Then along the water channel, recording a couple of Chiffchaffs, to the far end and back.  Only a single Coal Tit but at least three individual Jays were noted.  Returning to the picnic area and a wander round the pats below to reach y car and, sure enough, there were plenty of Crossbills to be seen.  In addition, another closer look at a, possible, different individual Great Spotted Woodpecker. Indeed, whilst walking through the area I was visited by a rather lovely Speckled Wood Butterfly which took the opportunity to rest and sun itself immediately in front of me.

Continuing on up the mountain track to the upper picnic site proved somewhat a waste of time as there were cars parked on the track and then the sudden appearance of at least ten 4 x 4s on some sort of sponsored car rally - and all travelling at speed which seemed to put an end to birding and leave me insufficient time to be back to collect Jenny.  However, my very briefest of stops did reveal a skulking Robin under the thick bushes between the steps and water deposit. Fortunately, the class was late finishing so she only had to wait a bare five minutes for my arrival.


Check out the accompanying website at http://www.birdingaxarquia.weebly.com for the latest sightings, photographs and additional information.
Posted by Bob Wright - The Axarquia Birder at 07:33