A lovely calm, sunny day with very little cloud so off down to the Rio Velez at Torre del Mar to meet up with Steve and Elena Powell for a walk from the N340 road bridge down to the beach and back via the pumping station.  Amazing to see the way that the river has recovered from its winter bruising with lots of shingle banks in the river itself and lush vegetation growing up on the banks.  Whilst waiting for my friends I had the resident Rock Doves all around me and a rather handsome male Serin on the wires above.  All around me the air was alive with the song of Nightingales; what a glorious Squacco Heron that posed nicely for the camera.  Returning to meet up with Steve and Elena I had first a couple of Red-rumped Swallows followed by a number of Barn Swallows.
symphony.  Indeed, the short walk upstream under the road bridge soon brought birds into view and, further along, I cam across a lonely

So off we went down the track to see if the recent wader invasion was still present; it most certainly was!  House Sparrows all around with Blackbirds darting back and forth across the river and then the first waders, a handful of Redshank.  Next to these larger waders we found a pair of Wood Sandpipers along with a single Common Sandpiper and the first of very many Ringed Plovers.  Indeed, these birds far outnumbered their smaller cousins the Little Ringed Plover.  However, by far the most numerous were the Dunlins of which there must have been in excess of thirty in a range of moults plus at least twenty Sanderling.  Not to be outdone, we also had a single Curlew Sandpiper in with the this large mixed group of small waders.


Meanwhile, along the path we had first a Reed Warbler and then a number of Cetti's Warblers.  Most pleasing, though, was probably the female Pied Flycatcher, a second of which was to be recorded not soon after.  Above us a pair of Common Swifts then, a little later, the arrival of a small number of Pallid Swifts.  Now we also had House Martins joining the Barn Swallows.  Finally, the odd Spotless Starling and a few Goldfinches before we we found ourselves on the beach where excavation work was underway.


More Ringed Plovers, Sanderlings and Dunlins on the pool edges plus a pair of Blue-headed Wagtails (Flava iberiae) and the first of two Little Egrets.  A couple of Kentish Plovers were then identified.  Moving slowly up river, "eagle eyes" Elena found a couple of small brown objects on a sand bar and closer inspection revealed six Collared Pratincoles who remained very calm as we approached and took photographs.  Well, they did till the idiot in the orange T-shirt decided a walk in the river before finally crossing to the other side seemed an obvious action to undertake.  A rather sad looking Black-headed Gull seemed not long for this world. 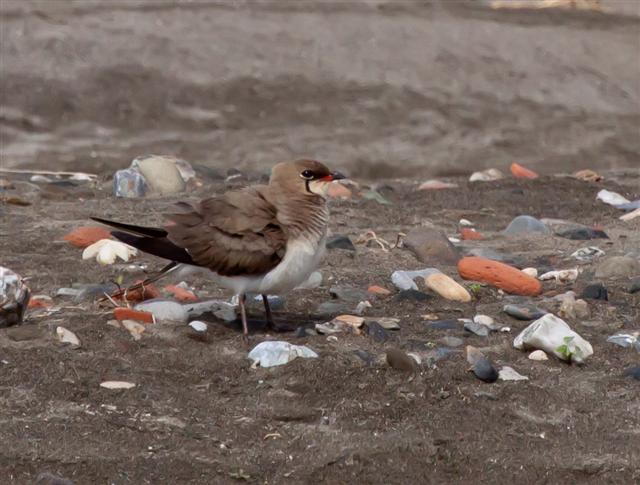 Next a Sardinian Warbler and then, finally, amongst all the feeding House Sparrows on the seeding grasses a pair of Linnets closely followed by a rather lovely pair of Woodchat Shrikes.  Back to the cars with 35 species recorded and the big decision, where shall we stop for coffee? 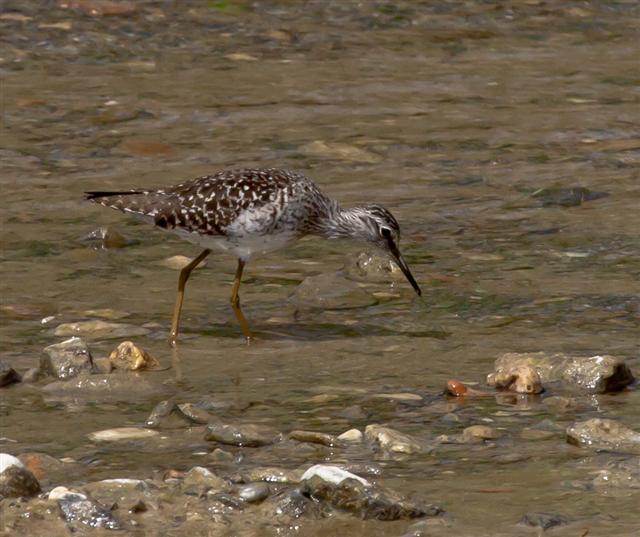 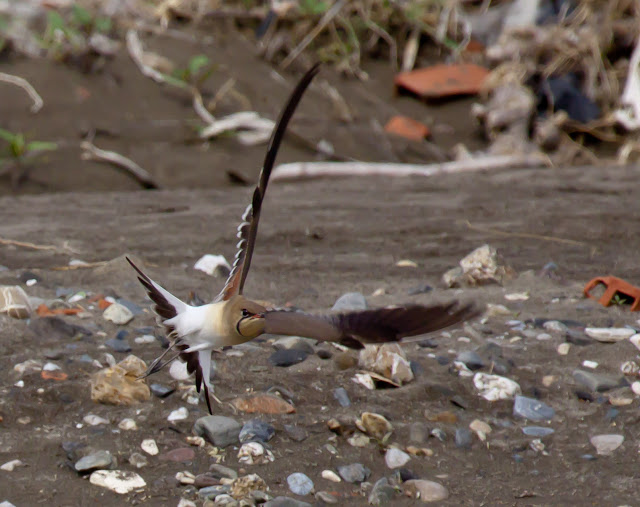 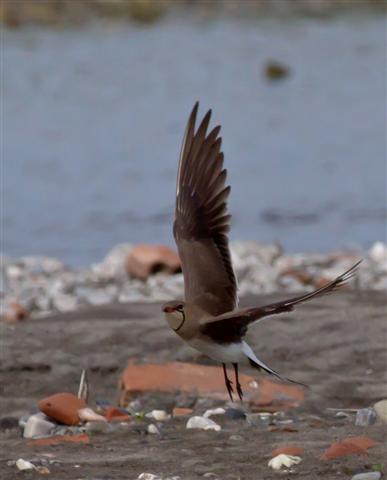 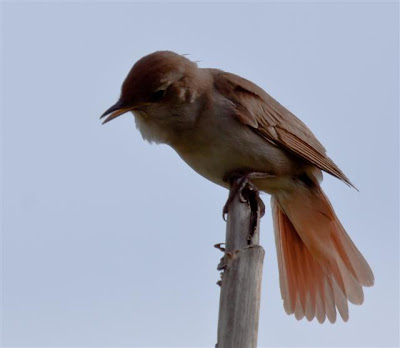 Finally, but not least, there were also butterflies to be seen:

Check out the accompanying website at http://www.birdingaxarquia.weebly.com for the latest sightings, photographs and additional information.
Posted by Bob Wright - The Axarquia Birder at 08:06