Wondrous and inspiring as it may be, there are only so many time that I might want to visit theCar Museum in Malaga in any one six-month period so, when it was decided that the said museum would be a great place to take our grand daughter and partner for a late morning visit I opted out and settled for a couple of hours at the Gualalhorce.  The winds of the mountain were still present when I arrived but at least the clouds had broken and it was very pleasantly warm, just a shame that the strong breeze would keep many of the small brown jobs well and truly concealed.  No sooner had I walked up the slope to the western canal bank and I was greeted by a single Whiskered Tern working the waters immediately in front; not sure what the local anglers thought of this!


A few House Sparrows but by the time I reached the footbridge there were scores of House Martins in the sky.  Indeed, the whole reserve was awash with both House Martins and Barn Swallows along with a good number of Common Swifts feeding over the eastern side of the reserve.  However, when calling in at the Laguna Escondida on the return walk it was Sand Martins that were in the ascendancy with just the occasional House Martin.  Only when I re-crossed the footbridge did I finally record a Red-rumped Swallow, and having seen the first it was quickly followed by up to a handful.


Arriving at the Laguna Casillas I found just two, hidden, Little Egrets plus a quintet of Gadwall and a pair of Pochard along with a pair of Coot and a Moorhen.  Only a single White-headed Duck in sight but a half-dozen males of the species.  A Sardinian Warbler made a brief sortie before disappearing once more out of sight.  Leaving the hide to move on to the Wader Pool a single Purple Heron flew east in front of me closely followed by a juvenile Flamingo.  The second water, in contrast the previous, was a mass of white; not snow but a flock of twenty-nine Little Egrets feeding and resting in close proximity.  In addition, there was about a score of Black-winged Stilts and a single Greenshank.  A lone Little Ringed Plover was found on its nest on the grassy island.  A Cormorant could be seen on the far "feeding" pole whilst another flew away in the distance and a pair of Serins (a most gorgeous male) landed immediately in front of the hide.

So on to the Rio Viejo (Old River) which, unlike the Wader Pool, was still full of water with restricted mud access for the waders.  Here there was much to be seen, even without a scope.  Resting on a small isthmus below me a quartet of Whimbrel whilst feeding next to them were Sanderlings, Kentish Plovers and two Turnstones.  To the right a pair of Ringed Plovers and then another Little Ringed Plover.  A single Redshank was found next to a pair of feeding Black-winged Stilts and as the latter were joined by more of their ilk I found, not so far away from the Ringed Plover pair, a single Wood Sandpiper.  Just for comparison's sake, a Common Sandpiper walked past immediately in front of the bird.  Finally, a handful of Dunlin was also recorded.  Meanwhile, flying low over the water, a single Black Tern added to the variety.


With regular appearance of small numbers of both Goldfinches and Spotless Starlings I made my way back via the previous two waters and on on to the Laguna Escodida.  Apart from the large number of Sand Martins as previously stated there was relatively littlle to be seen, just the occasional Pochard and Coot, so straight on to the main hide at the Laguna Grande.  No sooner had I arrived and confirmed that there were very few Cormorants left on the water and I noticed, not so much the pair of Black-winged Stilts in front of the hide, but the quartet of Dunlin and single Curlew Sandpiper.  The Dunlins especially looked quite splendid in their summer uniforms.  A handful of Black-headed Gulls were resting just to my right and then a female Blue-headed Wagtail (Flava iberie) put in a short appearance.  A single Little Ringed Plover walked the bank in front of meand the occasional White-headed Duck and Mallard paddled across the water.


Time to leave, having receive a call that the family was on its way back from the museum, so a farewell fly-past from a mob of seven marauding Monk Parakeets with their piercing screeches to be replaced by the more dulcet tones a of singing Nightingales as  I reached the reeds and bamboos adjoining the river bank.  A single Woodchat Shrike on the opposite side of the track offered a little beauty rather than the occasional Rock Dove.  So, along with the Blackbirds and Thekla Larks on our mountain track, I actually managed to reach 44 species.


Views of the single Black Tern Childonias niger over the Rio Viejo: 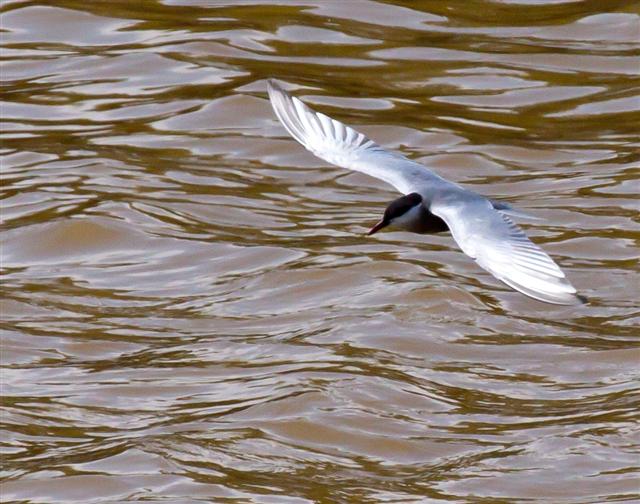 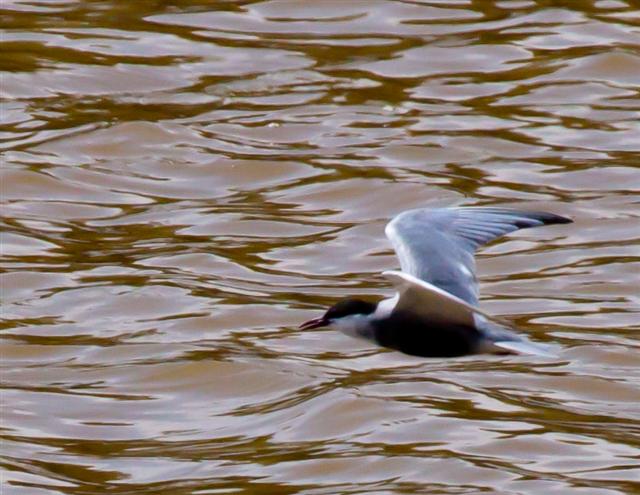 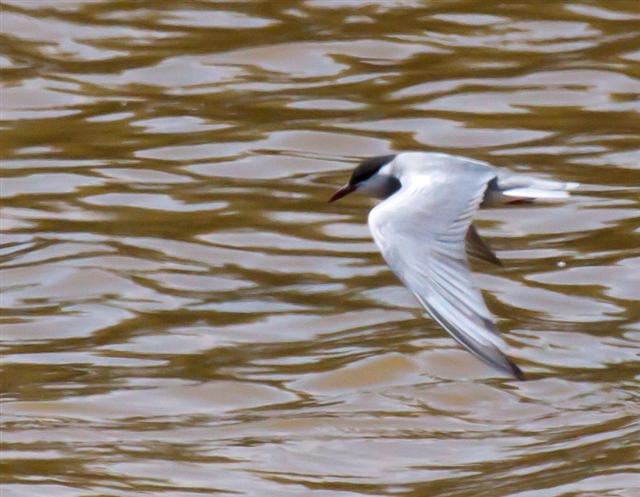 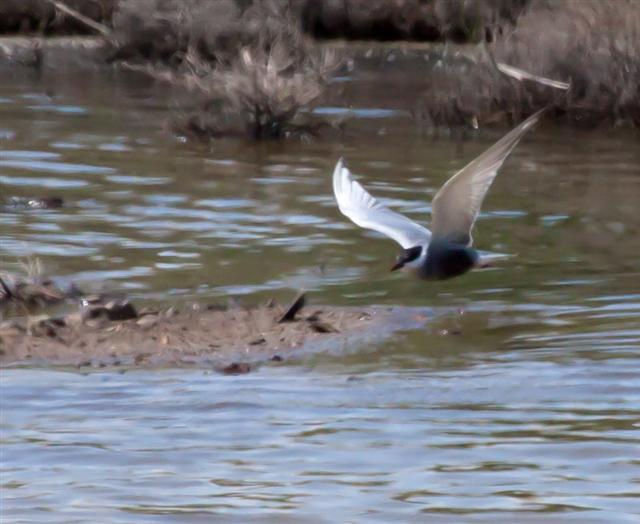 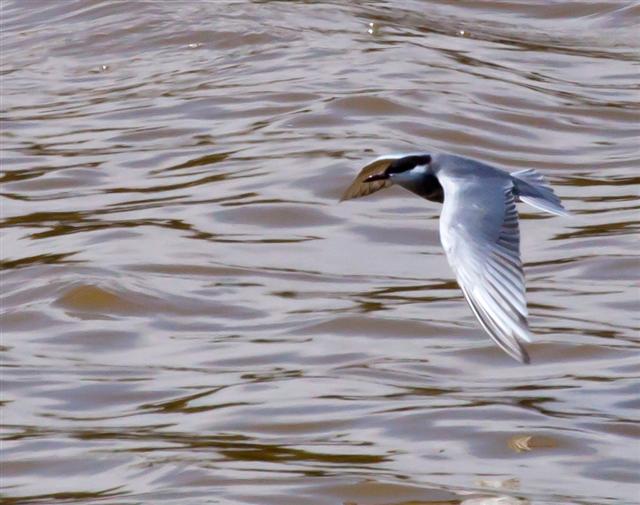 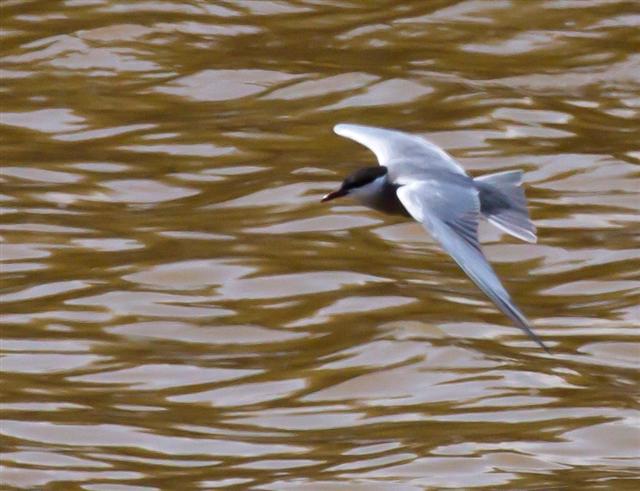 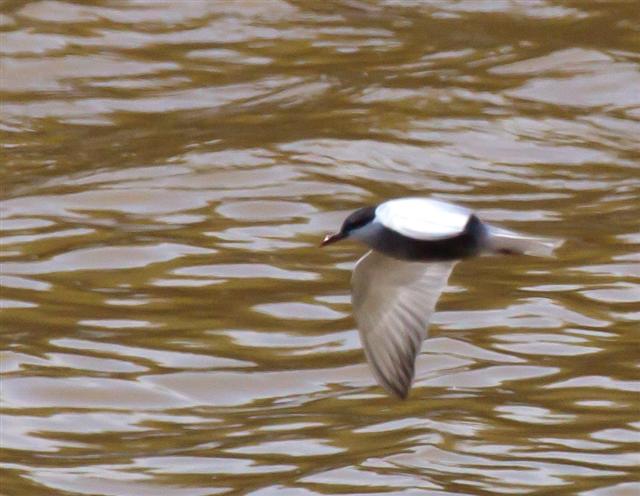 Check out the accompanying website at http://www.birdingaxarquia.weebly.com for the latest sightings, photographs and additional information.
Posted by Bob Wright - The Axarquia Birder at 01:14