With a long drive ahead of me up to Javier near Pamplona, I was away from Manzaneres by 7.15 taking the lonely country road north rather than the A4 motorway to the small town of Alcazar de San Juan in search of the local laguna with its nature reserve and hides.  Arriving just after 8 I had a passing Raven then the first of a few Marsh Harriers along with the local Common Swifts, Pallid Swifts in the town itself, and House Sparrows.

Once ensconsed in the first hide I was looking down at a small pool holding Flamingos and a few Black-necked Grebes.  Again, no shortage of White-headed Ducks and a few Coot.  A couple of Common Pochard were also working the water.  A Little Grebe was fishing and a number of Mallard were also recorded. 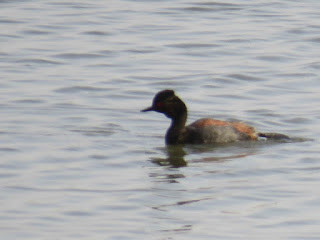 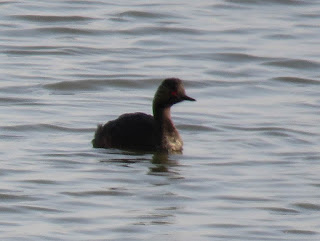 Walking across the top to the neighbouring hide overlooking the main water I could not but help to notice and hear the Reed Warblers below me and upon reaching the hide a number of Jackdaws were observed, presumably taking advantage of the nest boxes fixed to the lighting pylons.  On the water itself very many Flamingos and many White-headed Ducks plus a fair few Black-necked and the occasional Little Grebe plus also a single Great Crested Grebe and a number of Black-headed Gulls.

Time to return to the car and drive round anti-clockwise to the (closed) Visitors Centre where I encountered Nightingales, Reed Warblers and very many Coot on the water.  A Blackbird flew past and looking closer I found a couple of Moorhen plus a Common Pochard and a pair of Marbled Duck, presumably resting at their former nest site but no sign of any ducklings.

Many Barn Swallows in the air and a drive to the furthest screen produced more Crested Larks, Wood Pigeon and Magpie before returning for one last look at the original hide. By chance this produced a pair of Red-crested Pochard and as I set off on the long journey north via the Madrid M50 ring-road a few Spotless Starlings and Rock Doves. 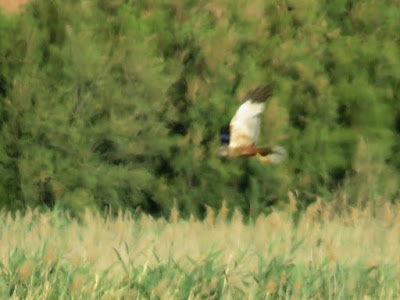 For the latest news follow the Axarquia Birds and Wildlife Facebook page for more photos and comments and the opportunity to share with the wider birding world.
Posted by Bob Wright - The Axarquia Birder at 03:49