Will it rain; Won't it rain?  Still bright, warm and sunny arriving at our son's new home in Ashmore Green, way out in the countryside, so what better way to watch the birds that sit down on an armchair, coffee at my side and simply look at the birds feeding on the feeders, not five metres away, through the extremely large open window.  A Nuthatch was already nibbling away and ere long both Goldfinches and Blue Tits.  Obviously a good breeding season as most of the second pair were juveniles of the year.

Once settled, the above were regularly joined by a few Great Tits and the occasional Chaffinch.  The Great Spotted Woodpecker eventually returned and was more than happy to feed away as I took he photographs.  A Robin made an appearance followed by Great Tit and wandering Blackbird to forage amongst the spillage created by the above, as did a Wood Pigeon.  Finally a single Coal Tit which, of course, ignores my bird of the afternoon, a most handsome male Bullfinch.  Indeed, watching the Bullfinch depart the feeder to the nearby trees it was joined buy the female and, of course, noting the favoured landing area I was also able to get a few shots away from the feeders. 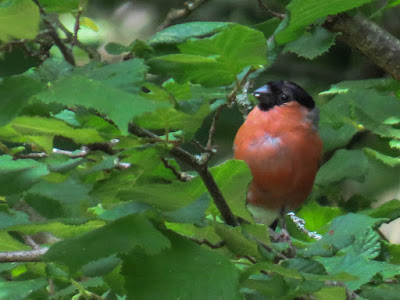 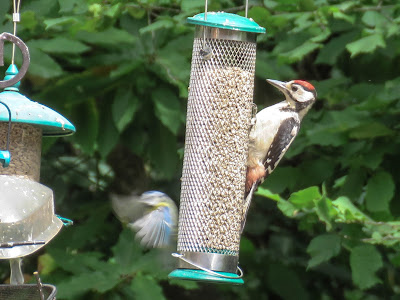 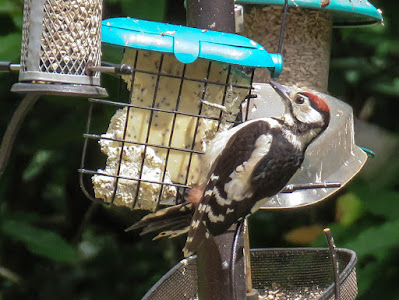 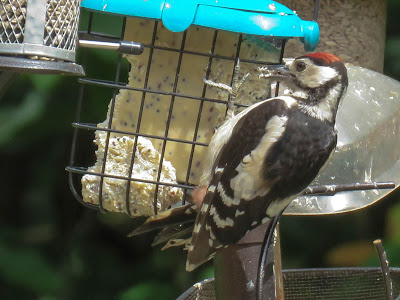 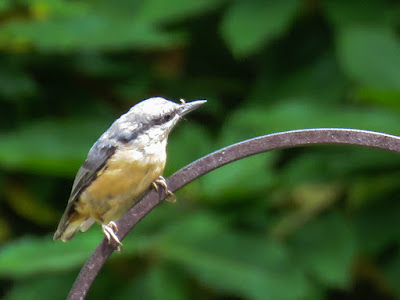 Check out the accompanying website at http://www.birdingaxarquia.weebly.com for the latest sightings, photographs and additional information
Posted by Bob Wright - The Axarquia Birder at 10:24