A quiet ninety minutes spent at the Rio Velez in Torre del Mar this morning where the only water was in the lagoon at the mouth of the river and no break through to the sea itself.  Everywhere well overgrown with with greenery which will no doubt turn brown and become very flammable in the coming months if the rain has finished for the season.

Other than a male Kestrel and a couple of trees full of roosting Cormorants nothing of note until I reached the vandalised hide where I found first a air of Blue-headed (Yellow) Wagtails which had come to drink from  puddle on the track and then a Hoopoe hopped up from its concealed position on the other side of the bank to my right and continued to forage on the field in front.  At the far side of the same field a trio of Moorhen were also foraging a few metres away form the reed-covered riverside. 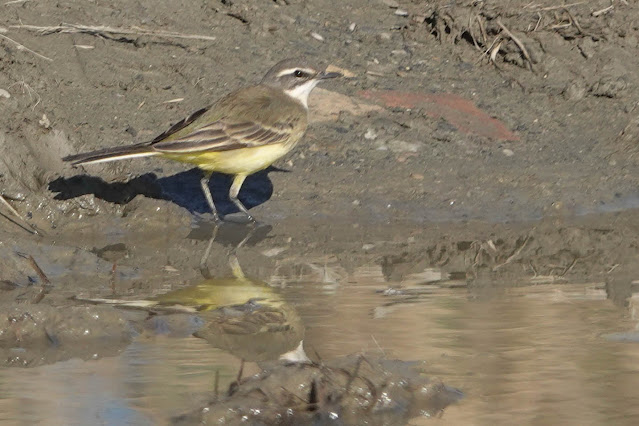 Once on the beach at the mouth of the river not a single gull in sight, either on the lagoon or sea itself.  Indeed, the field on the western side of the lagoon had been recently ploughed and harrowed and no gulls resting there either.  But a couple of Blakbirds and another Hoopoe put in an appearance.  On the lagoon itself a pair of Coot, a further three Moorhen and a couple of bathing Cormorant either on their way to or from the roosting trees further upstream.

Crossing back in front of the lagoon a Little Ringed Plover took flight but landed relatively close and, having had a look around, wandered away a couple of feet and settled down to rest, just as it would if nesting in the area.  Making my way back to the car a single Barn Swallow flew across the nearby field and on a couple of the pylons a small number of Spotless Starlings.  A male Sardinian Warbler flew up onto the fence and then I was under the N340 road bridge and exploring the nearby arable fields. 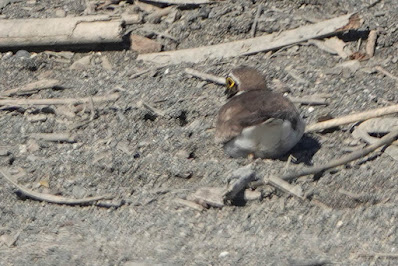 Working my way down the track to check out the "muck heap" I noticed a very distant Cattle Egret making its way further upstream but nothing, not a single bird, working the muck heap itself.  However, the field opposite with its newly-developing crop, and still well-irrigated, produced another Blue-headed Wagtail and I eventually counted as many as twenty White Wagtails.  Nothing else to report other than a single, male Mallard on the little water left in the river bed.

Posted by Bob Wright - The Axarquia Birder at 10:53