Monday and Tuesday 12 and 13 March

Monday:
Having been reading about the sightings of Lesser Spotted Woodpeckers in Cordoba, along with Derek Etherton and our wives we decided on a couple of days exploring the area and especially the sights recommended by local Spanish birders.  Ten days ago all seemed well as the forecast was for two sunny days.  However, recently this has changed from one sun and one cloudy to two cloudy and come yesterday morning one cloudy and prolonged rain expected today, Tuesday.  So it was not without a little trepidation that we collected Derek and Barbara and by 1pm found ourselves parked up in Cordoba on the outer side of the mighty Guadalquivir.  Approaching the city we had found not just Buzzard but a good number of Black Kite, Kestrel and even a passing Raven.

After a coffee we made our way to the promenade above the river and walked towards the Roman bridge where, after crossing, made a complete circuit and back.  Immediately we could hear Cetti's Warbler and certainly no shortage of Blackbird, Wood Pigeon and Collared Dove.  Moving along we soon added Blackcap and Chiffchaff and the first Cormorant was seen crossing the river to our left.  Approaching the bridge we noticed the first of the Mallards which seemed to be playing at surfing downstream under the bridge on the swollen, brown waters and a couple of Muscovy Ducks which had obviously taken a liking to the area and settled down in their new home.

From the Roman bridge we found a single Cattle Egret downstream whilst upstream we had a pair of Night Heron, Moorhen, Common Sandpiper and even a passing Grey Heron.  Above the river a good number of Barn Swallow and House Martin and on the flotsam below the bridge on the far side both White and Grey Wagtail.  Chiffchaffs seemed to be everywhere as could also be said of the local Blackbirds.  Making our way back to the road bridge, far side and same venta for a coffee and too-large baguette we also added Robin, Goldfinch and Black Redstart along with a high White Stork and many Spotless Starlings.


Still only mid-afternoon and with much rain promised for the morning we took the opportunity to visit one of the two recommended sights to the north of the city before checking in at hotel reservation, also about 4km north of the centre. Arriving at the Arroyo Bejarano we soon found both Sardinian Warbler and Robin followed by just about all the Tit; Long-tailed, Crested, Coal, Blue and Great.  We did add Chaffinch and both Derek and Jenny heard and thought they also saw our target bird, the Lesser Spotted Woodpecker.  And so on the relatively short distance at our overnight hotel having recorded a pleasing 38 species.

Tuesday:
Time to draw back the curtains and lift the blinds to see what was in store for us as we prepared to head of to the city for breakfast on our way to the Fuente de Elefante. Not so much rain as thick mist!  However, after our breakfast and reaching the village of Santa Maria de Trassierra, recording Serin, Blackbird, Hoopoe and Corn Bunting on the way up the hill, we found the weather rather warm and pleasant, no wind albeit mainly cloudy.  But that was to improve and by the time we returned to the above village for a coffee before starting out on our return journey it was very pleasing indeed with some good, warm sunshine.

As we entered the village we took the first track on our right and stopped about a thousand metres down to check-out the birds we had seen lying through the overgrown dehesa to to our right.  Mainly Azure-winged Magpies but then, looking closer, a pair of Hawfinch sat on top of a distant tree. Whilst we watched we also had Jay and Goldfinch behind us and then, not just another sighting but at least five Hawfinches in the same tree behind us.


But not just Hawfinch as they were joined by a rather vociferous Nuthatch who let all and sundry know that this was his territory and, indeed, even flew to his (prospective?) nest hole in a nearby tree.  But, before all this, whilst we were studying the first Hawfinch we heard the distinctive calling of a Lesser Spotted Woodpecker and possible a second individual.  Not only that, but a drumming Great Spotted Woodpecker behind us.  What a great start to the morning.

Parking up the car we then walked up the hill and, having watched the soaring Booted Eagle above, eventually took the 1.4km footpath on the right, now with many puddles, to the Fuente de Elefante.  The top of the path produced the first Long-tailed and Blue Tits and Sardinian Warbler of the day and, at the bottom in the grazing field with no end of bramble bushes, we soon added Blackcap, Chiffchaff and Black Redstart.  A Serin was moving about and then the first of a couple of Mistle Thrushes in the field.  Not to be outdone we were soon seeing more Hawfinches and by the end of the morning had recorded at least a dozen individuals. 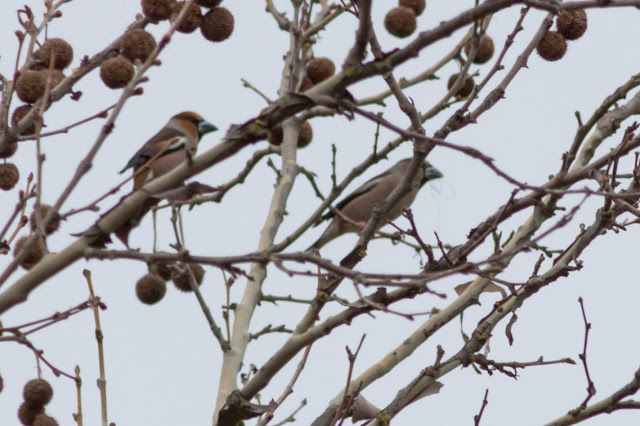 In the same area we added Great Tit and Chaffinch along with another Crested Tit and Jay.  Once again the "yaffling" of a second Green Woodpecker and in the distance the drumming of a Great Spotted Woodpecker.  A single Robin put in an appearance and then, above a bush containing a pair of Black Redstarts, a lone Corn Bunting played sentinel for a good five minutes.  But best was to come, not the male Stonechat, but, on top of the brambles, we all recorded our first Woodchat Shrike of the year as it posed for the distant photographs. Then it was on to the actual spring of the Fuente de Elefante and on the return journey we also managed to add a close view of a Short-toed Treecreper.

An excellent morning's biding so we drove back to the village of Santa Maria de Trassierra for a coffee and looked up to seeing a circling Sparrowhawk as we parked the car.  The return drive to Malaga was not without interest as no sooner had we left Cordoba to take the A45 motorway home than we once again entered the "Raptor Route" with many Black Kite, Buzzards, Kestrels and even a Red Kite not to mention a kettle of White Storks and a pair of Raven.  On two occasions Red-legged Partridge flew across the motorway in front of us and Jenny managed to see a party of at least 8 (Common) Magpie in a field to the left.  Approaching Antequera we had a Crested Lark exit the central reservation and both Jackdaw and Black-winged Stilt were seen near and on the flooded fields respectively.  A short stop near the service station below Antequera did not produce a Cirl Bunting but we did find another Corn Bunting for the day.  The final record for the day was a trio of Cattle Egret as we approached Alhaurin de la Torre so making a final total of 47 species for the day and a grand total of just about 60. 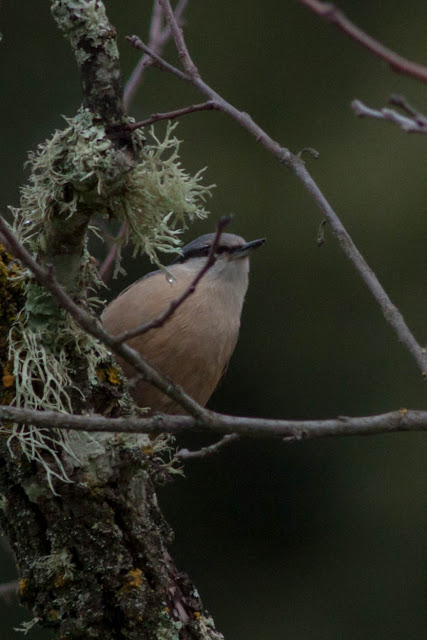 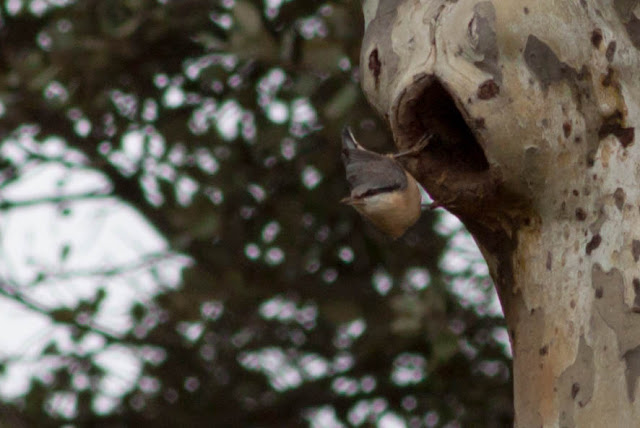 
Check out the accompanying website at http://www.birdingaxarquia.weebly.com for the latest sightings, photographs  and additional information
Posted by Bob Wright - The Axarquia Birder at 14:48