Having dropped Jenny off at 9 o'clock for her daily physio treatment on the arm I took my one eye off for some birding in the almond orchards above the Cacin Valley; this time hoping to return with same number of eyes with which I started the day!  Lovely clear weather and the promise of very warm sunshine and I was on site by 10.15 and welcomed by all the usual as I approached including Collared Dove, House Sparrow and Spotless Starling.

I did stop briefly to look at the two large aviaries and noted that one now contained about 20 falcons which appeared to be either Lanner or, more likely, Saker Falcons rather than Gyrfalcons.  From where and for what purpose?  Are these youngsters being raised for the falconry hobby and, if so, where is to their new destination to be?  Presumably somewhere with lots of money judging by the expenditure involved in building and maintaining these massive aviaries.

On to the track leading into the fields with a Corn Bunting on my right and Crested Larks to the front.  A stop to admire a handsome Black Redstart and then  I arrived at the old ruin where a pair of Little Owls were giving me the "evil eye" as I got the camera ready.  One disappeared but the other remained and seeing the lens through the car window lifted its head, took a good look and then disappeared from sight. 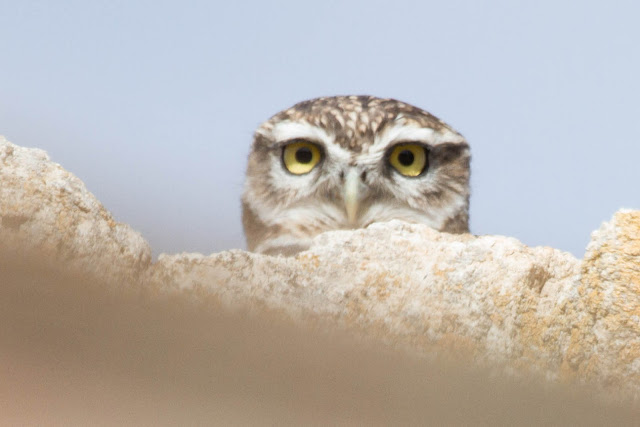 A good look round the area with the scope revealed no sandgrouse but the first of a couple of White Wagtails.  The same was trues approaching the solar panels but I did come across a group of 7 Magpies (somebody no doubt will tell me what that represents!)  Other than a large female Common Kestrel and a single Mistle Thrush no other birds were seen.

Leaving the area I went back to the aviaries to take some photographs and then called in at Huetor Tajar where I found just about every field covered with asparagus left to seed before cutting back. No sign of a Little Bustard or Stone Curlew and the only new birds in the area were a trio of Cattle Egret, Stonechat, Serin and a few Greylag Geese on the river which I feel pretty sure were of a domestic origin rather than wild.  But who knows?  Just meant that I was back home sooner than I expected - but there's always another day. 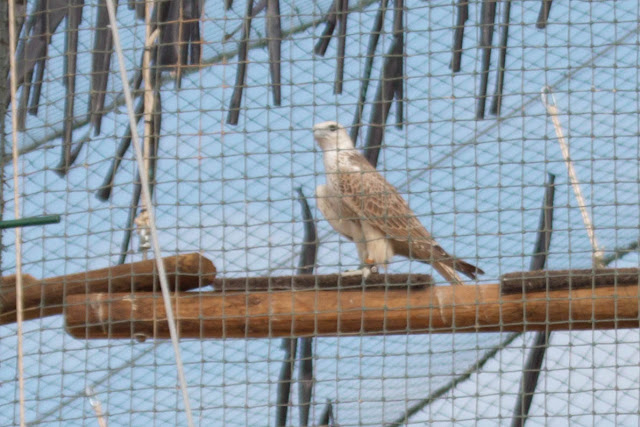 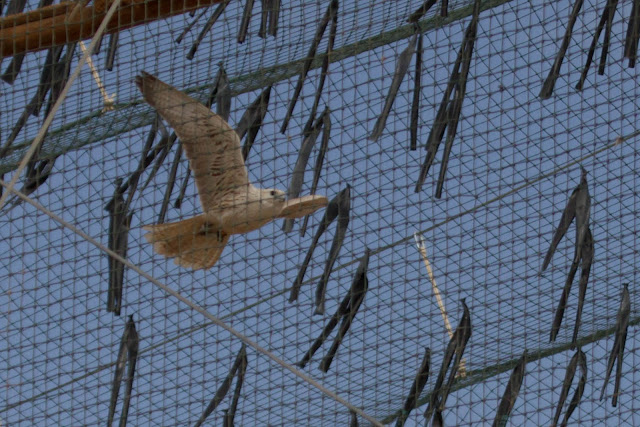 
Check out the accompanying website at http://www.birdingaxarquia.weebly.com for the latest sightings, photographs and additional information.
Posted by Bob Wright - The Axarquia Birder at 11:43