More news from Dave and Gilly - received whilst in Hong Kong on way to New Zealand.

Embalse de Negratin   -   Wednesday 5th February
As Gilly & I drove up towards Baza in gusty winds, we could see dark clouds & rainbows, so birdwatching today was always going to be a challenge. We met up with Trevor, Ann, Josie and a Brianless Mary at the cafe before the Negratin dam for a coffee & tostada. Our first stop was the car park by the dam. A Sardinian Warbler was calling from the depths of a nearby shrub. A small flock of Crossbill flew overhead, one female eventually perched atop of a pencil cyprus. We wandered along the top of the dam and managed to spot two Cormorants and a Yellow Legged Gull. A buffeting wind made us skedaddle back to the vehicles.
It was much calmer & warmer in the valley below the dam. A flock of Woodpigeon was seen. We heard then saw a Great Spotted Woodpecker in the leafless trees. Also seen were Chaffinch, Great Tit, Blackcap & Blackbird. Gilly spotted a Southern Grey Shrike, closely followed by a male Blue Rock Thrush. Below the dam itself, above the outlet pool, Crag Martin were feeding and Rock Dove were squatting on cliff ledges. I spotted a Chiffchaff catching midges above the reeds. Gilly eventually spotted some red colour on silhouetted thrushes that flew over above us confirming their Redwing identity. It was then back to the cars in slight drizzle. En route back to the cafe Gilly & I added Jay, Raven and a Kestrel to the list.
We ended up with 25 species for the day. I should add that Brian was unable to attend as he was waiting for the heating oil man to visit.
Phil & Sue managed to capture on camera our first reported Great Spotted Cuckoo of the year near Los Gallardos last week. (Can't download it!)  Regards, Dave 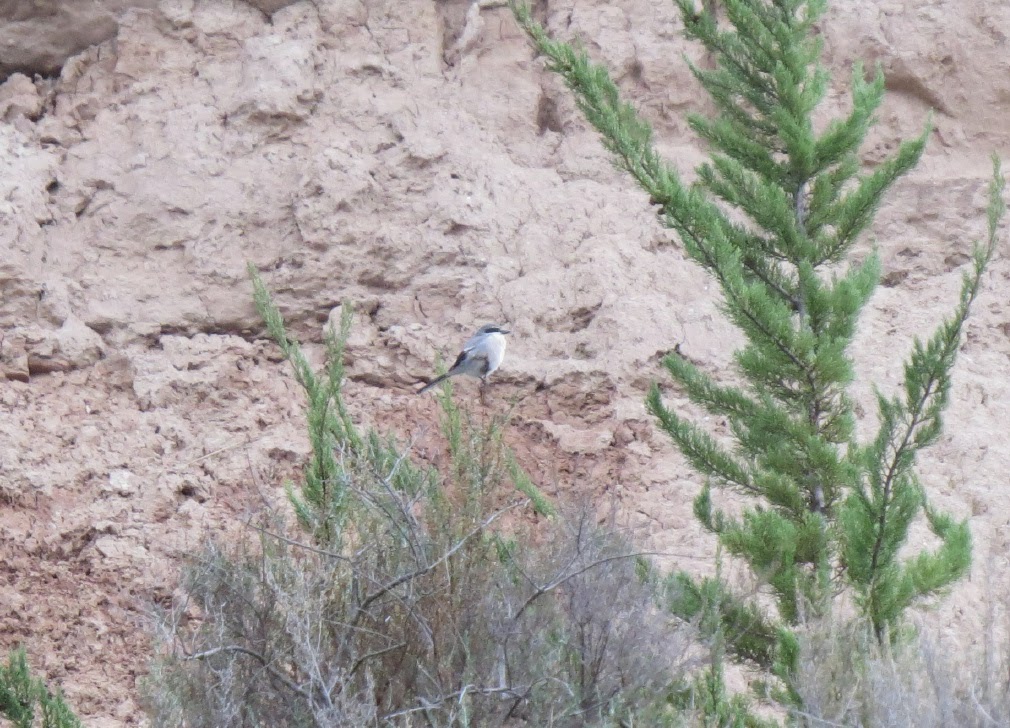 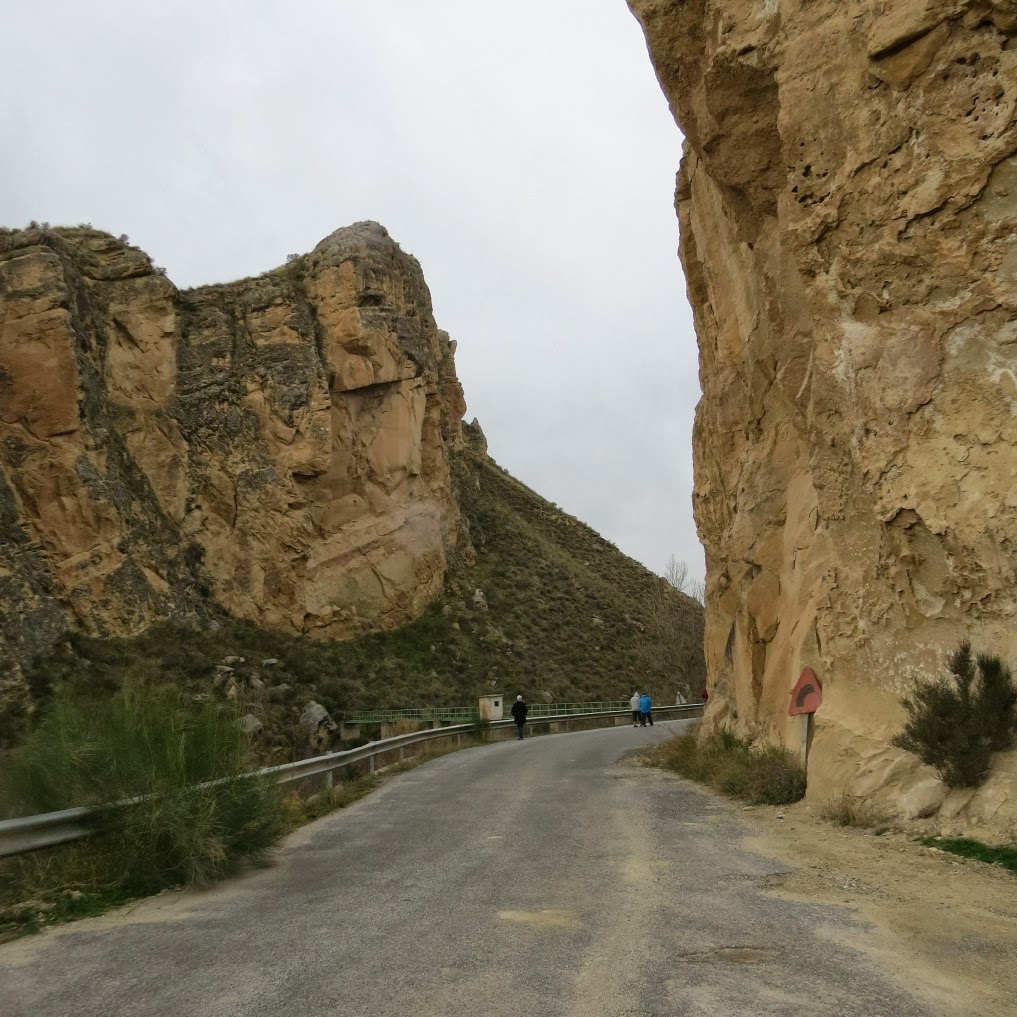 Posted by Bob Wright - The Axarquia Birder at 02:36