All the latest news - via New Zealand

Eldest son's birthday and now settled in at our latest abode in Tauranga, Bay of Islands on the North Island of New Zealand.  Not only David's birthday but also that of our hostess, Coral.  But, very important, we have Internet access again so I can bring you up to date with what is happening with you in Spain.  Both Dave and Gilly along with John and Jenny Wainwright have been out and about and I get the feeling that you are all experiencing more than a little of the wet stuff!  Here the water is very much of a horizontal nature as the waves drift in on a very sandy coast whilst the sun shines down.  We are well down here apart from the fact that my back has finally gone completely but I refuse to let it dictate our activities.  Thousands of Bar-tailed Godwits along with Red Knot, Wrybills and Royal Spoonbills at Miranda yesterday - and even a report from the Warden to let me know that Andy Paterson passed through last week!!!

Now to the received reports and photos:

A very nice "Spring" day, bit of mist about though.

We had an hour or so to spare while our friends car was in for service, so we decided to have a look
at the stream on the Fabrika road.  The stream was running very fast due to the "drop" of rain and the
tractors had made such a mess of the ford, we drove around south track.  Here we saw Crested
Larks, Goldfinches, Stonechats, House Sparrows and a few Meadow Pipits.  Lots of Wood Pigeons and Spotless Starlings (couldn´t find a Common Starling though), Black Redstarts and yet more Crested Larks.

In the fields we found Cattle Egrets, White Wagtails and Stonechats.  As we approached the
crossroads by the old tree, we saw male and female Blackcaps, Tree and House Sparrows,
Chaffinches and a Blackbird.  A huge Brown Rat was seen collecting olives from one side of the
road, swimming a large puddle and disappearing down into an irrigation channel, it did this several
times while we were there - so I can only assume it has a nest close by.


Moving on to the small poplar copse where we saw three Great Spotted Woodpeckers - two adults
and a juvenile - feeding in an old oak tree.  Also in the trees were Greenfinches, Chaffinches, Chiffchaffs and more Black Redstarts.  Along at the northern side of the stream we found a Green Sandpiper, Mistle Thrushes, Wood Pigeons, Meadow Pipits, two Collared Doves and lots more White Wagtails.  Retracing our route back to the main road we saw Stone Curlews - close by the ajo factory - and on a telegraph pole a Common Buzzard.

On the way back to Salar we saw Serins, Azure-winged and Common Magpies, Mallard and a
Cormorant.  We don´t seem to have the amount of Bramblings with respect to latter years, maybe it´s not cold enough in their host countries for them to leave !! 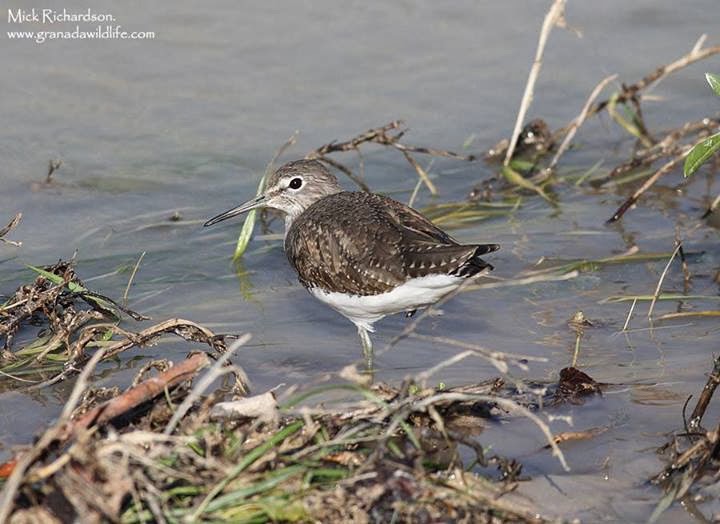 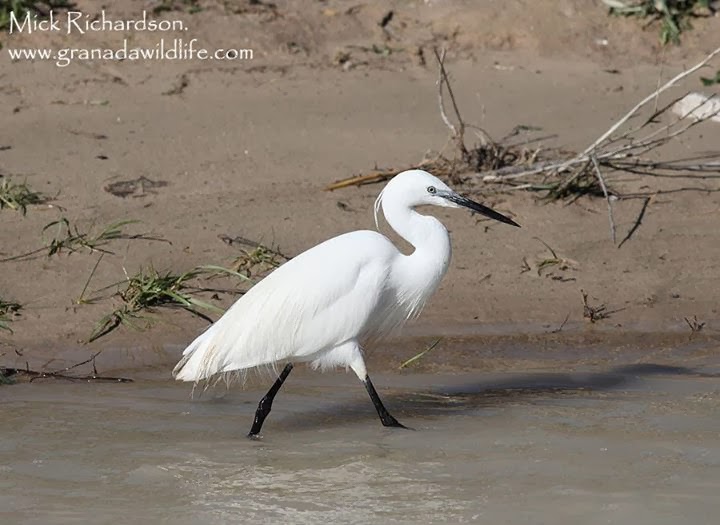 I popped back down to Villaricos Estuary this morning for some photography. Here are some of the results. 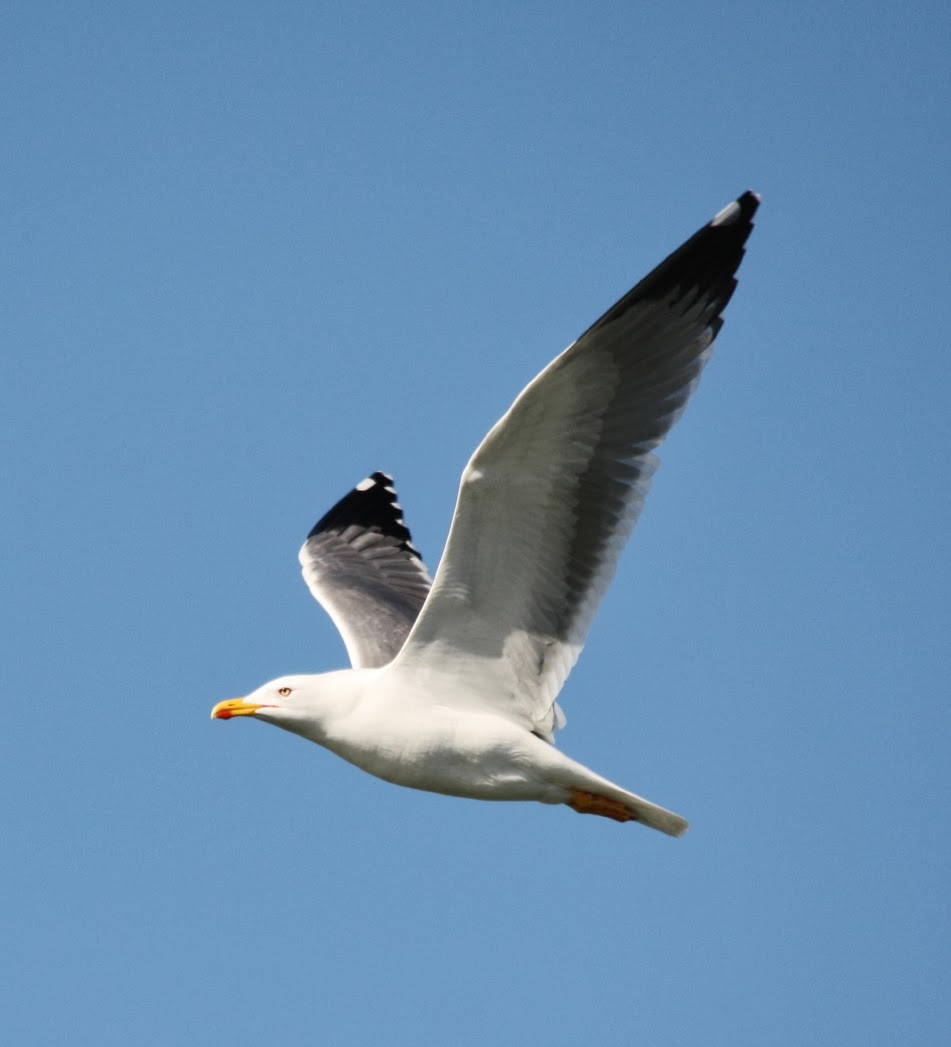 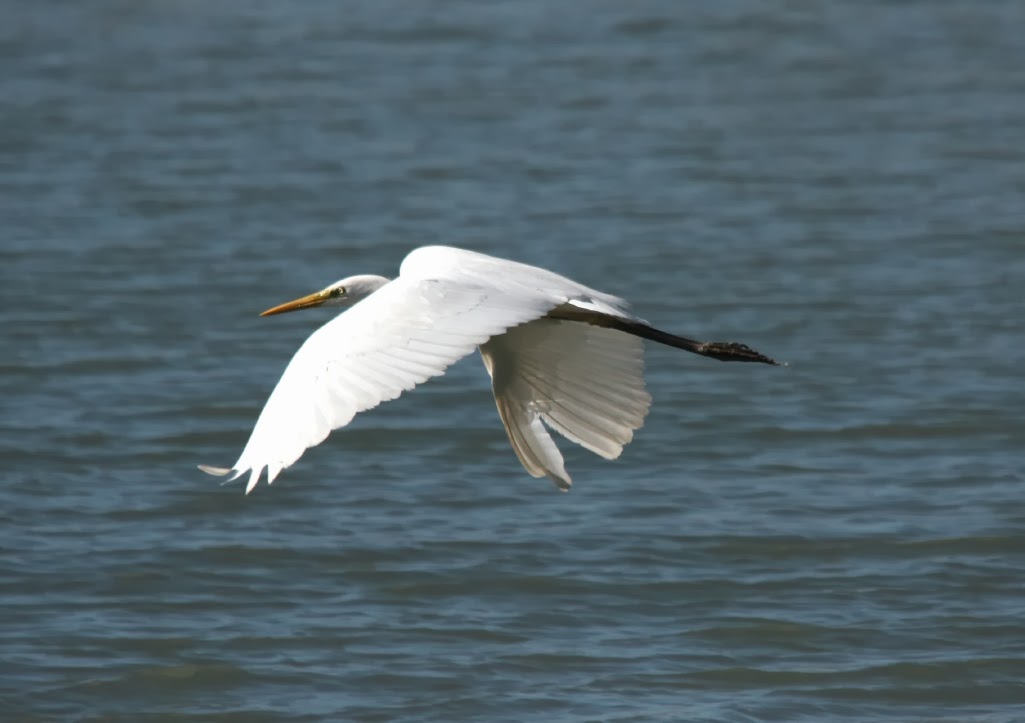 Rambla de Almanzora & Vera:Wednesday 12th February
At last the wind had died down and the sun was shining as Gilly & I met up with 18 other Arboleas Group members above the Rambla de Almanzora near Villaricos. We were glad to see Dave, Myrtle, Charlie & Val back after varying lengths away. We also welcomed Colin from the Vera Camera Club.
After a quick reminder regarding noise levels as there were so many of us, we started off by scanning the pools below us. All the usual suspects were there, Mallard, Black Winged Stilt, Teal, White Wagtail and Moorhen. As we carried on up further we added Snipe, Green & Common Sandpiper, Water & Meadow Pipit and Grey Wagtail. In the shrubs were numerous Chiffchaff plus Stonechat, Black Redstart, Serin, Goldfinch, Sardinian Warbler and a calling Cetti's Warbler. Further waders seen included Ringed & Kentish Plover, Little Stint, Dunlin and a Redshank that John spotted. I also spotted Southern Grey Shrike & a distant Kestrel. 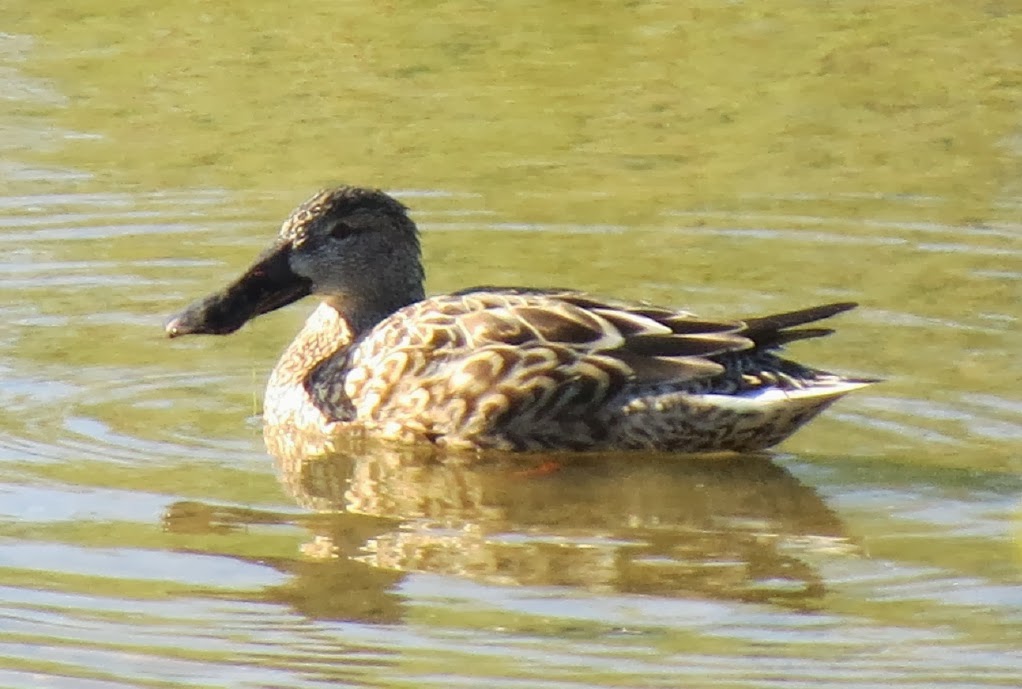 After a refreshing cuppa in Villaricos we headed down to the beach where numerous camper vans were parked up. On the harbour rocks were a number of Cormorant, together with an Audouin's and Black Headed Gull. A Turnstone was seen flying off. A Gannet was seen far out to sea. Nothing else of note was out to sea. No Black Necked Grebes or Red Breasted Mergansers that Les Senior had reported seeing at Garrucha previously in the week. We walked over to the estuary where we saw Grey Heron, Little Grebe, Coot, Little Ringed Plover and Little Egret. Phil was the first to spot the Great White Egret which showed well. A pair of Kingfishers was seen, albeit they were each end of the estuary! Feeding up & down the water were Sandwich Tern which were being harassed by both Black Headed & Mediterranean Gulls if they scored a fishy meal. On the shoreline were more Sandwich Terns, Audouin's Gulls & Cormorant, 62 according to Brian. A Grey Plover & a Whimbrel were also seen.


We then made our way down to Vera after assisting Val with her vehicle after the spare wheel dropped down after going over a small gully. There were hundreds of Black Headed Gull, but only a very small number of Crag Martins. The pool opposite Consum was virtually deserted apart from Grey Heron and a few duck. Most of the White Headed Duck & Common Pochard were in the pool nearer to Villaricos. As Gilly & I headed for lunch  we saw a Marsh Harrier over the reeds nearer Garrucha.
We finished with 51 species for the day. A great days birding with great weather for a change!
Regards
Dave
All rather lovely and brings great images of back home, especially given that my birding "Down Under" is very much a case of finding the opportunity.  Very few small birds but Miranda certainly produced the goods yesterday with thousands of Bar-tailed Godwits and we have also seen, i think, all the varieties of Shags available.  No "Cormorants" here; they are all called "Shags" but, there again, they still have a small number of "Hedge Sparrows and as for Purple Swamphens (Calamons), they seem to be on every field and behave more like wild chickens!!!
Posted by Bob Wright - The Axarquia Birder at 14:45