What a day; left home at 9am and for the first twenty minutes was driving north on the A1 in torrential rain.  Eased off and cleared as I drove west along the A52 and just a couple of spots before arriving in good sunshine, almost clear skies and a little wind at Attenborough Nature Reserve in Nottingham.  Here I met my birding pal Chris Bell who had travelled south from Worksop and then followed a smashing five hours or more exploring every pond and track around and through this lovely site.  Not too bad underfoot except for one particular path as we left the Elevated Bird Hide (and not having seen the possible Bittern) and by the time we returned to the Visitors Centre for an end of session coffee we had recorded 49 species.  But between here and reaching the car to start our homeward journeys we managed to add Egyptian Goose, Fieldare and Bullfinch so bringing up the half-century and a couple to spare.


On arrival we quickly took in the large number of Lapwing and Black-headed Gulls and whilst Chris saw the first Bullfinch I picked up a couple of Greenfinches after we had both spotted a pair of Pied Wagtails in the neighbouring field with the feeding horses.  If yesterday was about geese then today was a "duck day" with nine species recorded; Gadwall, Wigeon (by the score rather than thousand!), Mallard, Shoveler, Teal, Pochard, Tufted Duck, Goldeneye and Goosander. 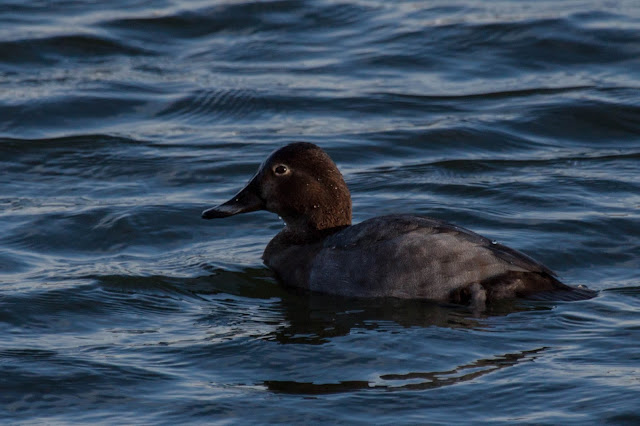 But it was also a day when I finally caught up with some old friends not seen for months, such as Goldcrest, Bullfinch and Common Gull.  Lovely to see not just Blackbird and Mistle Thrush but also a Song Thrush and newly-arrived winter thrushes such as Redwing (mainly) and the odd Fieldfare. 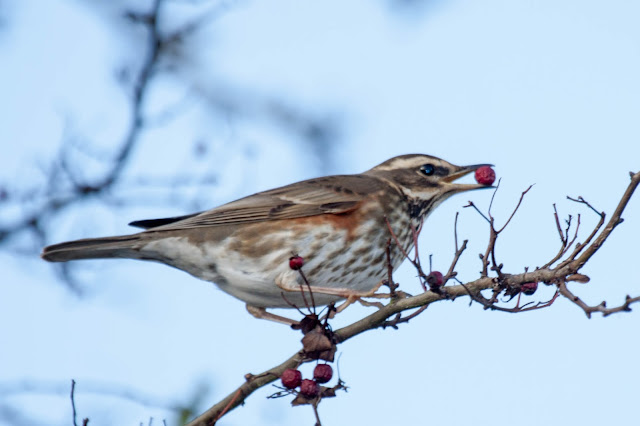 Whilst from the start of the day we had seen many Mute Swan and Canada Geese we had to wait, as described above, until it was time to leave before recording our first pair of Egyptian Geese.  Also on the water were many Great Crested Grebes spread around the reserve but only a handful of Little Grebe and just a handful or less of Moorhen plus many Coot. Also a few Cormorant were observed and, maybe, a half-dozen Herons.  The site was not really conducive of waders but we did find very many Lapwing and a couple of Snipe.  On the water itself, in addition to the occasional Common Gull we recorded many Black-headed plus Lesser Black-backed Gulls.

Corvids seemed to be well represented with a number of Carrion Crow and lots of Magpies to add to the Rooks recorded upon our arrival and, likewise, we also found a small number of Jackdaw. 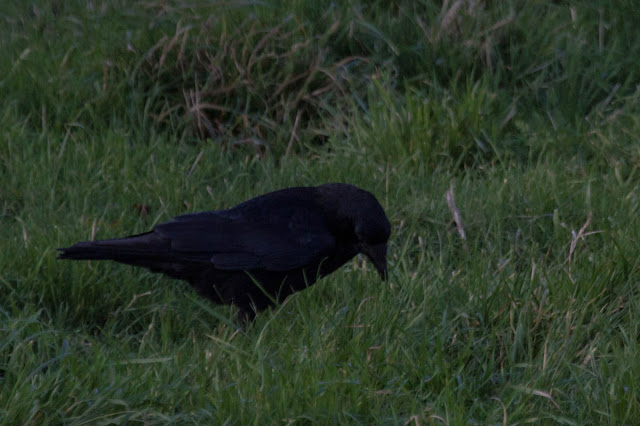 Walking through the trees it was lovely to see many Long-tailed Tits, Blue and Great Tits, lots of Robins along with Dunnock, Chaffinch, Goldfinch and Wren not to mention the Nuthatches which thoroughly enjoyed gorging themselves at a hidden food table away from the general public.  Above us a constant movement of Woodpigeons and, eventually, walking through the outskirts of Attenborough village a single Collared Dove.  If you then add on Tree Sparrow, Goldfinch and a brief appearance of a Great Spotted Woodpecker you will get some idea of the wide range of species recorded during the day.


Towards the end of the visit we observed a distant Buzzard circling over  a hill on the far side of the Trent to add to the three Kestrels recorded.

And so ended a lovely day in pleasant weather conditions and the great company of Chris to whom I should particularly like to extend my thanks. 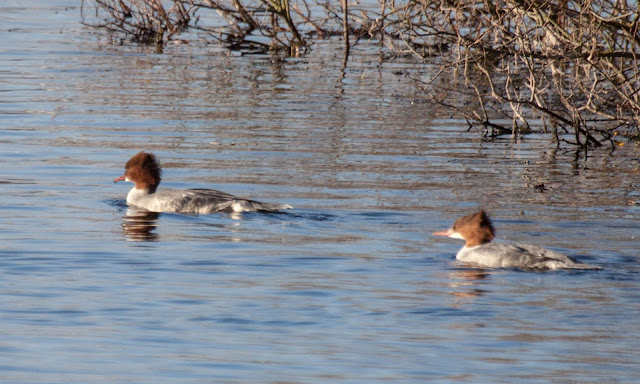 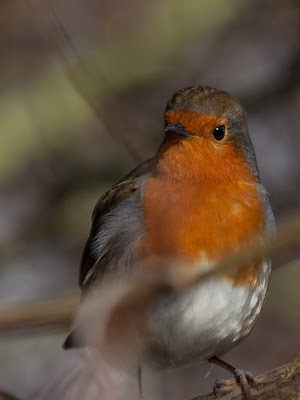 Check out the accompanying website at http://www.birdingaxarquia.weebly.com for the latest sightings, photographs  and additional information
Posted by Bob Wright - The Axarquia Birder at 12:15