Overslept; so much for arriving at the Charca de Suarez well before the 9 o'clock opening time!  In the end I arrived at 10 and left just after 11.30.  Whilst it was very quiet, I did manage to get a couple of special treats, especially on my final visit to the new hide overlooking the Laguna del Alamo Banco.  I actually started at this laguna having been greeted by a number of calling Turtle Doves and immediately found a lone Snipe feeding at the rear of the shallow water.  A Collared Dove was calling behind me and both Barn Swallows and House Martins were feeding over the water.  At that moment a quartet of Red Avadavats skimmed over the reeds and down out of sight.

Moving on to the main hide overlooking the Laguna de las Aneas I recorded both Blackbird and cetti's warbler and, on arriving, found mainly a small number of mallard along with Coots and the odd Little Grebe.  Moorhens put in an appearance and, in addition to the above hirrundines, a few Common Swifts came down to take on water.

The Laguna del Trebol produced a few more Common Coots and then a couple of "natural" Red-knobbed Coots without any collar markings.  Walking between the two hides overlooking this water I found Nightingales and eventually managed to see as well as hear the local Turtle Doves.  In addition, I then added both House Sparrows and my first sight of a Spotted Flycatcher.  Another Turtle Dove as I approached the second hide along with a couple of Goldfinch. 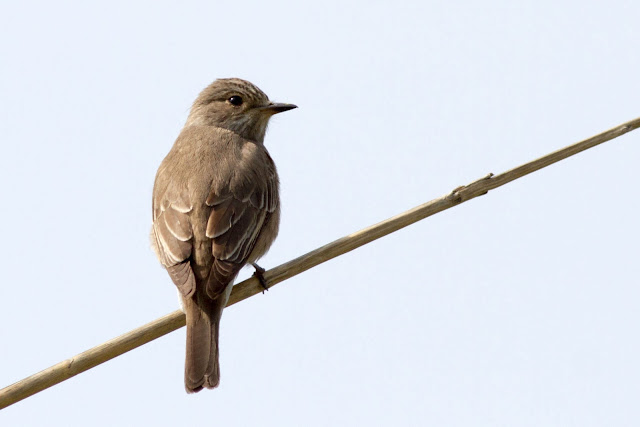 Nothing to report from either the Del Lirio or Del Trebol lagunas so back to my starting point at the Laguna del Alamo Blanco.  The Snipe had gone and been replaced by a pair of Back-winged Stilts and also a pair of Little Ringed Plovers.  Pride of place, however, must go to the pair of Common Waxbill that came to feed immediately in front of the hide and less than three metres away.  Wow, what colours! 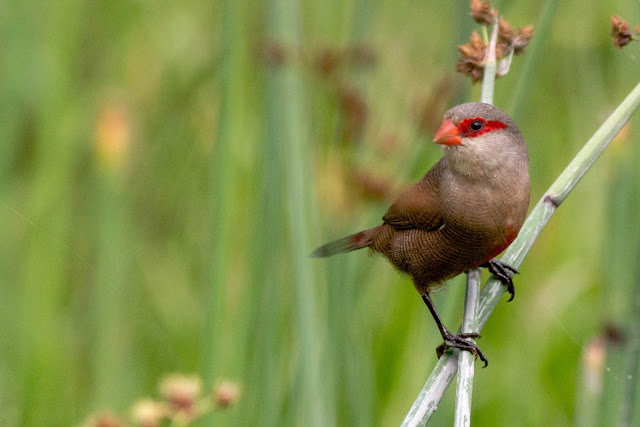 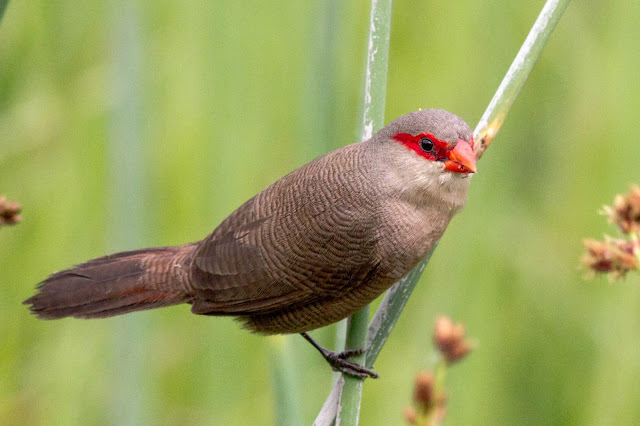 Returning via "Turtle Dove Alley" I was greeted by a Turtle Dove and a few House Sparrows.  No Little Owl at the ruin but a pair of Red-rumped Swallows joined both the Barn Swallows and House Martins and, on the roof of the ruin itself, a Tree Sparrow.  Not fifty metres away I passed a small sparrow flock which included Spanish Sparrows at the far end of the concrete track a trio of baby Moorhen looked over by both Collared Doves and Spotless Starlings.

More photos from this morning:

Check out the accompanying website at http://www.birdingaxarquia.weebly.com for the latest sightings, photographs and additional information.
Posted by Bob Wright - The Axarquia Birder at 07:22