Having missed the opportunity to get a photograph of the Little Crake at the Charca de Suarez yesterday morning and the forecast suggesting that this evening at Motril would be a mixture of sun and cloud, I drove over for the restricted evening opening.  As I arrived the weather had deteriorated to dull, cloudy and miserable with a light drizzle starting as the gates were opened.  I was the only visitor, I wonder why?  It then proceeded to settle into a continuous light rain all evening and did not stop until I got back into the car.  If that was bad enough, it was not helped to discover that everything was still dry back in Mezquitilla!   But I did achieve my target so not all bad news.

On entering with Blackbirds flying about with a Cormorant coming into rest whilst the Spotless Starlings perched, heads down, on the wires, I walked straight to the hide overlooking the Laguna del Taraje in search of yesterday's Little Crake.  Not a sign and why was it that, having decided initially to spend all evening here, this is the only hide of the seven on site that does not have a solid roof?  Lots of Barn Swallows feeding over the water a small number of Chiffchaffs round the edges.  On the water itself a couple of Coots and a Little Grebe.

After fifteen of the allotted ninety I decided to check out the Laguna del Alamao Blanco before returning but on the way, as a last minute change of plans, I made the extra walk just to see if anything different might have dropped in to the Laguna de las Aneas.  My word there were scores of feeding Barn Swallows over the water but only a single Sand Martin discovered as the birds continually landed on nearby branches for short rests.  Having taken a number of group shots of the Barn Swallows, it was only on soring the end result that I noticed a single Red-rumped Swallow at the bottom of the shot; very strange way to discover a new bird for the year!  Lots of Cormorants present but no herons this evening.  A couple of Moorhen and a handful of Coots and the usual mixture of ducks including Mallard, Shoveler and Pochard.

With a Yellow-legged Gull overhead I made my way over to the Laguna del Alamo Blanco and as I approached  I watched a lone Raven drift over towards the west.  Very little other than a number of Moorhen on the water until the Teal, all dozen of them, revealed themselves.  At the very back a pair of Herons and then a quartering Marsh Harrier further away.

Back to the Laguna del Taraje for the final thirty minutes in the hope that the Little Crake might still reve3al itself, assuming the bird was still on the reserve.  On arrival, the leaky roof had managed to soak every seat and window ledge but the Barn Swallows and Chiffchaffs were still busy feeding.  After a while they were joined by a pair of White Wagtails immediately in front of me and then I noticed a slight movement in the tall grass in front of me at the edge of the water.  Yes, our little friend was till present but, unfortunately, almost hidden by the grass the whole time.  The Little Crake did eventually fly across the short gap to the main reds and then disappeared even though I remained on site and ever watchful for the final fifteen minutes. 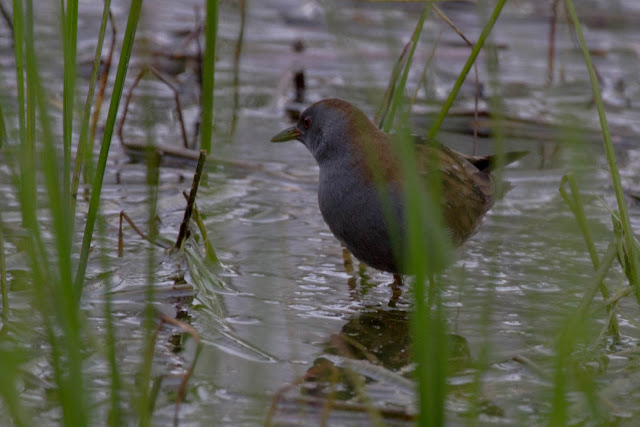 Meanwhile, I was able to enjoy the feeding birds and they were joined by both a pair of Coots and a single Little Grebe.  Then, to my delight, a Purple Swaphen appeared from the reeds a little away to the right and I managed to watch the bird go through its weird feeding habit using its feet as hands. 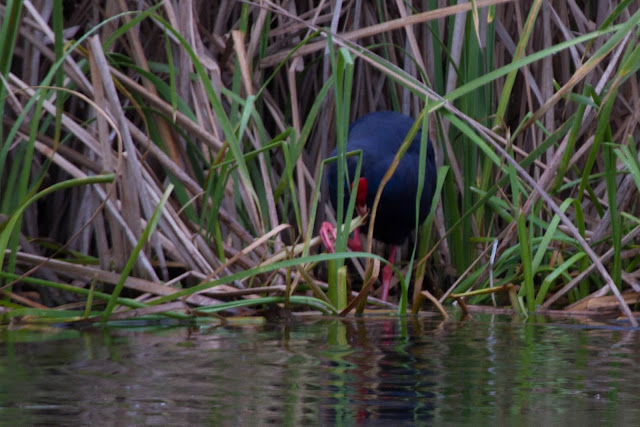 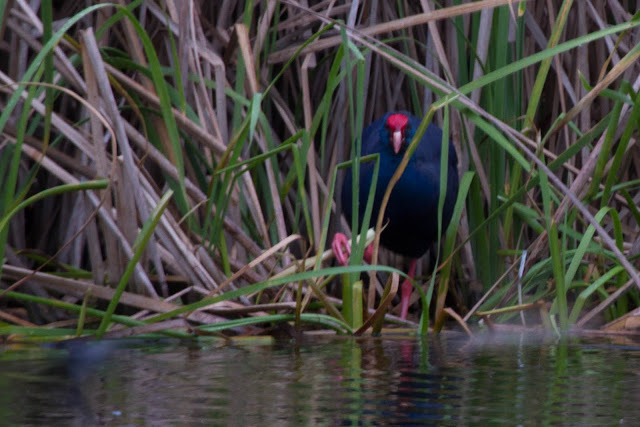 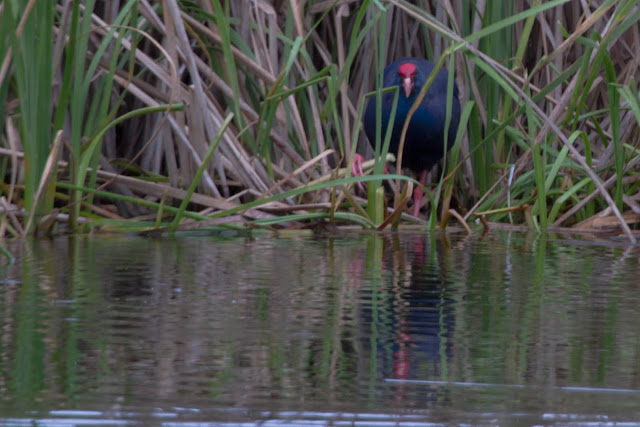 But I had seen and photographed the Little Crake, albeit not brilliant shots, so I returned, passing scores of in-coming Cattle Egrets, happy and ready to see what the morning will bring at Fuente de Piedra, subject to weather conditions.


Check out the accompanying website at http://www.birdingaxarquia.weebly.com for the latest sightings, photographs and additional information.
Posted by Bob Wright - The Axarquia Birder at 14:36