It takes about an hour to drive from El Rocio to the Odiel Marshes via the coastal resort of Matalascanas so with a 9.30 start I was up early and looking out over the El Rocio lagoon from my bedroom window as the Flamingos got to work on their daily diet, the White Storks looked for an early morning snack and the local Blackbirds, House Sparrows and Spotless Starlings busied themselves around the stables in the courtyard below whilst, on the far side of the water, a lone Hoopoe was heard "hooping."  Ere long the air was full of the local Barn Swallows and House Martins, the Black-tailed Godwits had moved into view on the water below and it was time for me to set off once more.  Both Magpies, Common and Azure-winged, were quickly recorded along with a number of Black Kites and approaching the fuel depots on the eastern outskirts of Huelva I felt I had time to make a quick stop at tone of the small ponds, choosing that at the 13km boundary.  A lot of Common Swifts about and a couple of Coots on the water but just before beating a hasty retreat back to the main road I did find a skulking Purple Swamphen.

Having all met up on time at the northern end of the spit that contains the well-known birding hotspot of the Marismas del Odiel, our leader and fellow member of the Andalucia Bird Society, local resident and professional guider Manu Morajo, had a party of tweny-four to guide for the day.  What an enthusiastic and knowledgeable young man Manu is and he was rewarded by a very responsive audience.  Our first exercise was to checkout the small fresh water pool at the back of the visitors centre where we encountered a small party of Spoonbills drinking and cleaning themselves.  Also on this rapidly filling pool as the water levels gradually receded were a good number of Black-tailed Godwits along with a quartet of Redshank and and  number of Black-winged Stilts.  Ducks included mallard, Red-crested Pochard and Gadwall and both Little and Great Crested Grebes were present.  There were more Coots than Moorhens along with a number of small waders including Kentish Plover, Dunlin and Sanderling.

Also on the water and coming and going were Black-headed and Yellow-legged Gulls along with a number of Little Terns.  Feeding above in addition to the Barn Swallows and House Martins were a good number of both Common and Pallid Swifts.  We had feeding White and Yellow Wagtails (Iberian sub-species) but the real excitement started when a Little Bittern decided to fly right across the water from left to right immediately in front of us all.  Then, just before leaving to explore the neighbouring river upstream, we had a couple of Red-rumped Swallows put in an appearance.

The main attraction walking alongside the river was the close sighting of a Caspian Tern.  What a large white bird this is with its dominant red beak (so much so that Manu refers to it as the "Snowman" bird with its beak representing the traditional red carrot stuck into the head of a snowman to represent its nose).  Also seen on the opposite bank was  pair of Shelduck and there were at least three Marsh Harriers quartering the far fields.  Nearer to home a single Zitting Cisticola rose from the vegetation and the remains of a very large eel was found at the side of the track, further evidence of the presence of at least one Otter. 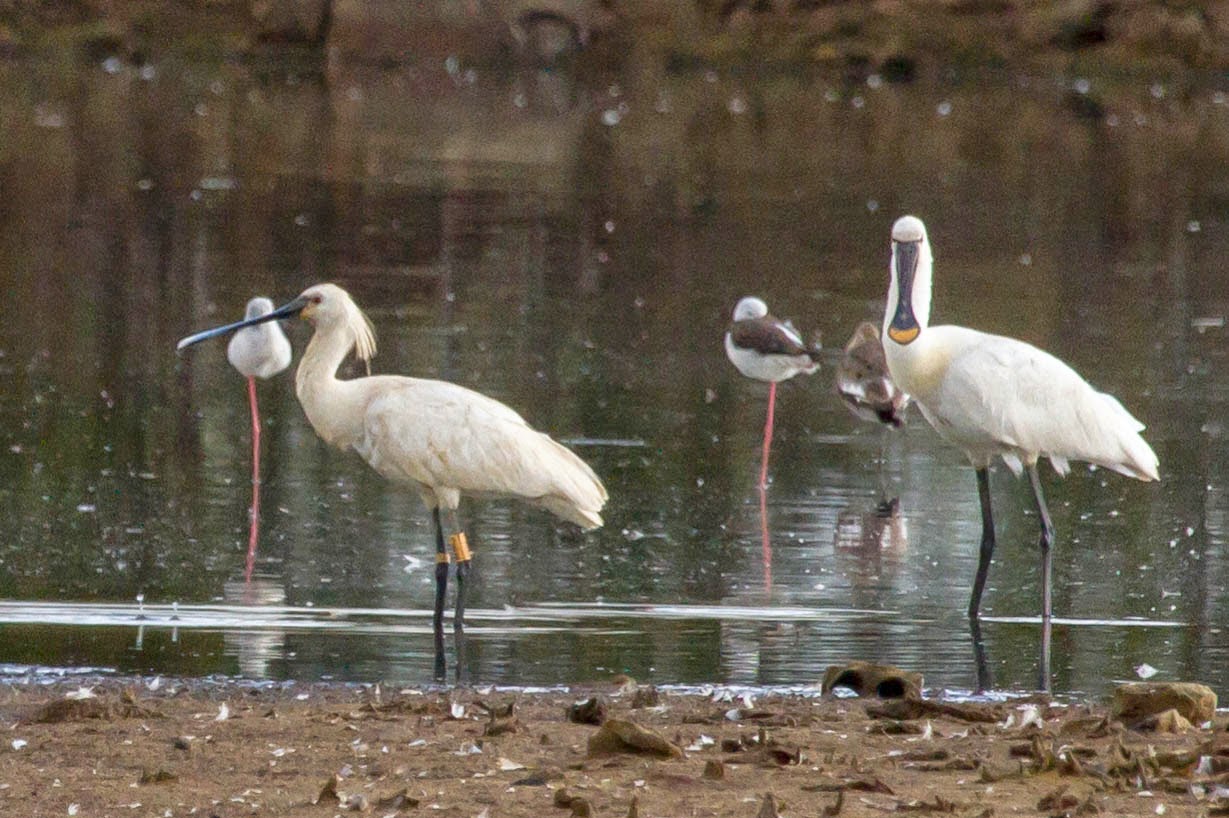 The dominant birds of the area were certainly Flamingos, Little Egrets and Grey Herons with the occasional White Stork flying over.  The gulls and terns, mainly Little Terns, were regularly seen as was a number of Avocets.  This area is best about a couple of hours either side of low tide but, unfortunately, having arranged the visit date many months in advance we arrived at virtually high tide so had to work very hard to find our birds.

Moving on down the spit we eventually stopped to watch a large number of Curlew take flight.  However, some remained and, in amongst them, we were also able to find a few Whimbrel.  All this was after a stop to check on an Osprey nest relatively close to the road.  Whilst the female roosted on a perch next to and above her nest, the male flew around giving good views of himself.  There were lots of anglers on the road side along with their parked cars so just as well the tide was not out or we would have been adding to the traffic jam!  On the other hand, there were some small areas of sand beginning to appear on the Odiel side and more Little Terns, Kentish and Ringed Plovers were recorded.  Indeed, it was whilst looking at these Little Terns that I found the larger Black Terns which Manu was able to confirm that he, too, had observed them in the same area only a couple of days earlier. 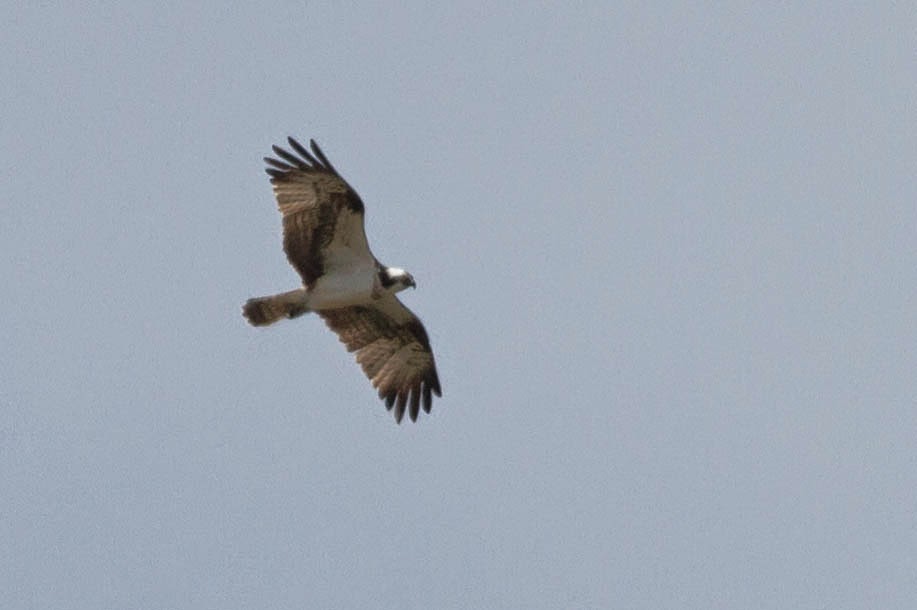 Further on down and on the narrower part of the spit we eventually reached the site of the breeding Little Terns and Collared Pratincoles but, unlike my previous visit at this time of the year, the nests were much further away rather than, literally, the other side of the fence.  Our last stop before retracing our steps was at the tradition gull roost.  Here we found a flock of about an hundred gulls, mainly Audouin's but also Yellow-legged and Black-headed along with the odd Lesser Black-backed Gull.

Back at the Visitors Centre not long after 2pm we had our picnic lunch accompanied by a short, heavy rain shower.  I did not think that that was forecast and even more so when I got home later that evening to be told by Jenny that we had had a very hot day so lots of use made of the swimming pool!  Following lunch the rest of the party moved off to the other side of the spit and on down to the area near  El Portil where, no doubt, they eventually found the local chamelions.  For me it was a revisit to the nearby fresh water pool where I also added Ringed Plover before starting out on the three and a half hour drive back to Lake Vinuela.  On the way home I did record Woodchat Shrike, Buzzard, Lesser kestrel and Sardinian Warbler.

Check out the accompanying website at http://www.birdingaxarquia.weebly.com for the latest sightings, photographs and additional information.
Posted by Bob Wright - The Axarquia Birder at 08:13