A beautiful, sunny start to the day with clear blue skies and no wind as I set out towards Huelva Province along with Barrie and Jan Avis so that we could participate in the February field visit of the Andalucia Bird Society which was to be based on the Odiel Marshes (Marismas del Odiel) on Saturday.  With a 9.30 meet and not wishing to set off before five in the morning and arrive back near midnight, a couple of nights in El Portil was the order of the day.

A question of birding our way west so the first stop was the laguna at Fuente de Piedra but entering at the back from the Campillos road.  The farm at the junction where we took the anti-clockwise route round the lake produced the usual assortment of House Sparrows and Spotless Starlings and no sooner had we stopped at the first sign of water than it was obvious that the Flamingo numbers had continued to build, now well up in the thousands with probably in excess of 5,000, and most of the birds looking very pink in their breeding colours.  Also, the predominant duck species was certainly going to be the Shoveler with scores in sight and continued to be seen at every water observation point.  Continuing on round to the Mirador Cantarranas with regular sightings of Crested Lark we soon found part of the wintering Crane flock with approximately 120 counted feeding on the (usual) fields below the entrance to the car park.  The water itself held an assortment of Coot, Shoveler, Mallard and Little Grebe in addition to the thousands of Cranes and the occasional Black-winged Stilt whilst quartering the reeds where at least four Marsh Harriers including a rather handsome adult male bird and at least four Common Buzzards.
A stop at the outlet before reaching the main entrance, having already passed more Cranes and a number of Corn Buntings, produced a trio of Snipe on the flooded field to the left along with a pair of Black-tailed Godwits and more Black-winged Stilts.  Closer observation also revealed a Ringed Plover, Common Sandpiper and White Wagtails and the first of the numerous Cattle Egrets seen during the day.  A pleasant surprise was a female Blackcap in the nearby tree whilst answering a call of nature.  Why do birds suddenly turn up on these occasions?  A single Cetti’s Warbler was also heard and briefly seen.
The field to the left of the entrance drive to the Visitors Centre was still flooded and held a number of Black-headed Gulls along with the first of the Teal to be seen and a small number of Chiffchaffs feeding in the small trees at the side of the road/water.

Viewing the main laguna and small pool below from the side of the Visitors Centre once again revealed the thousands of lovely Flamingos but also numerous Shovelers and, this time, good numbers of Teal.  More Black-winged Stilts and, as expected, a large flock of Black-headed Gulls resting on the water but at least we did also manage to find a small number of Shelduck.  A single Black-tailed Godwit was feeding on the small pool (but no Avocets) and a good number of Black-necked Grebes were on the main water.  Below, on the fence, we had a visit from a female Reed Bunting and both Robin and Black Redstart were moving around the nearby bushes.  A female Marsh Harrier drifted over resulting in a mass take-off from the eater and then it was round to the Laguneta behind the centre where there was still plenty of water.  In addition to the single Snipe and a large number of Little Grebes, we also found Mallard, Shoveler, Teal, Common Pochard and Gadwall.  Before setting off again westwards we also managed to find a small flock of Serins, whilst, at the side of the entrance road pool, a number of Jackdaws had come to feed, drink and wash, a Little Egret flew past and a Chaffinch was sighted. 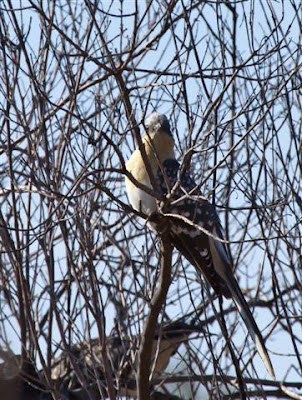 No sooner were we underway than we had our first sighting of Red Kites with a couple circling in front of us near the motorway.  Then the first Kestrel of the day along with more Lapwing, having seen the first whilst at Fuente de Piedra, before stopping for lunch in Osuna immediately after leaving the motorway.  The town itself also produced both Rock and Collared Doves and a stop to check out the first of the “Sevilla Lakes” produced more Flamingos but also a pair of Raven on a nearby farm roof.  Our one and only Barn Swallow flew past the car.

However, our main lake at the turn towards La Lantejuela took me completely by surprise as we were greeted by extensive reed beds but next to no water.  On the other hand, checking out the small birds immediately in front produced a small flock of Spanish Sparrows.  Taking the track from the main road to look at the back of the Nature Reserve lake did produce water on which there were a good number of both Flamingos and Shoveler along a mixed flock of Gulls, mainly Yellow-legged but also Black-headed.

Passing through La Lantejuela itself the next target was the Red-legged partridge and the hope that we might see one of the few resident Great Bustards.  No sign of the former and just when we thought all was lost I saw some “odd” on the ground between the trees not twenty metres from the road.  A slight back-up and bins on the object revealed a Great Spotted Cuckoo.  What a find and absolute delight!  Photographs taken before turning off the engine at which point the bird took off.  But not very far and then moved forward to a leafless tree near the road.  More photos, and at which point we discovered that there was a second bird immediately below our subject, and then moved the car slowly forward to get yet better views and more photos.  With us all in such good spirits we had hardly moved a couple of hundred metres and we had a first Red-legged Partridge of the day and then, just like the proverbial number nine bus, numerous sightings before leaving these woods and heading for the railway bridge.  Reaching the high bridge over the new high speed rail track only Ravens were heard and Crested Larks seen from the bridge itself.  We did have more Red Kites and picked up our only Southern Grey Shrike on the wires as we approached the bridge so it was onwards towards Huelva. 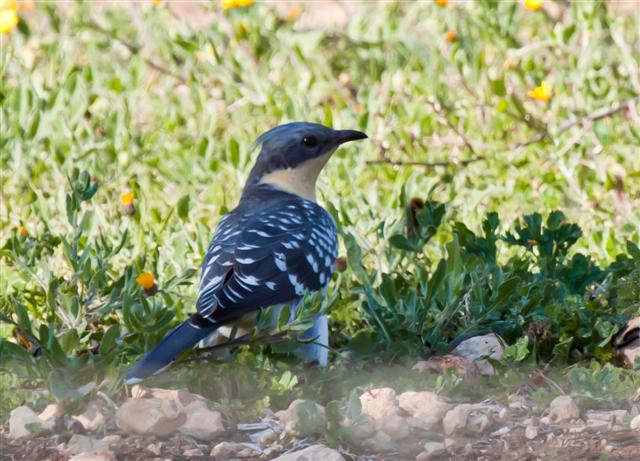 Before taking the last turn to the left and on towards rejoining the motorway, we noticed that the flooded fields in front and behind the new high speed rail track low viaduct contained a lot of white so we stopped to check out what was actually there.  Not only many Yellow-legged, Black-headed and a few Lesser Black-backed Gulls but at least a score of Avocets along with the Black-winged Stilts.  A White Stork came in to feed and, at the far side, a few Lapwings, about eighty Golden Plovers and a sole Grey Heron. 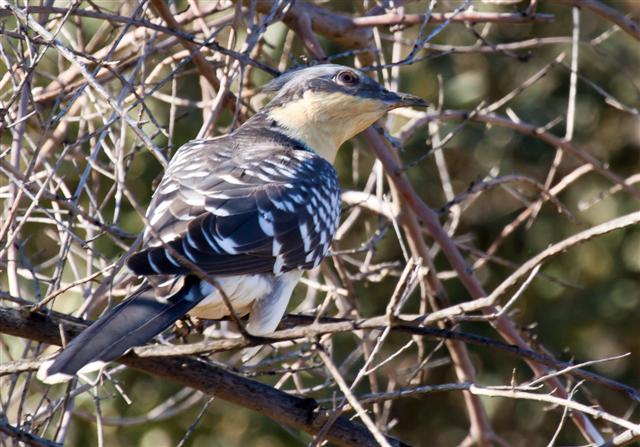 Knowing that we still had about two hours driving to reach our destination we finally forced ourselves back in the car to resume our journey, but not before we picked up a small charm of Goldfinches, and continued westwards along the motorway towards Sevilla and then Huelva.  The remaining journey produced more sightings of Buzzard, Red Kite and, later, White Storks but we did also add a single Hoopoe at the side of the road about midway between the two provincial capitals.  Then, approaching our destination, a (common) Magpie flew across the road.  Amazing to discover that our day had produced a final total of 58 species but no Blackbird seen all day. 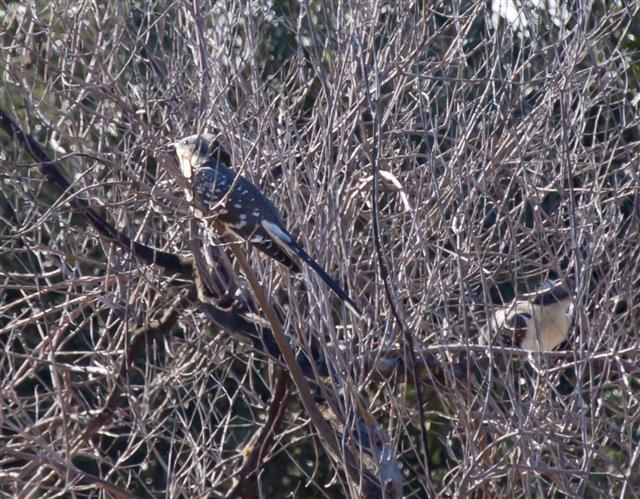 
Check out the accompanying website at http://www.birdingaxarquia.weebly.com for the latest sightings, photographs and additional information.
Posted by Bob Wright - The Axarquia Birder at 23:53