Following my morning at the Guadalhorce in Malaga, Mick Richardson and I made our back to Velez -Malaga and met again n the car park opposite the Caleta harbour entrance.  We had been informed that a couple of Common and an immature Great Black-backed Gull had been seen there theses past two days so thought we would try our luck to see if we could find them.

Once checking the beach area we could see hundreds of resting bird, mainly Lesser Black-backed but also Yellow-legged Gulls.  A Couple of Sanderling were working the water's edge and a two Cormorants were seen on the water.  No sign of the targeted gulls so off up to the marina where the Common Gulls had been seen yesterday.  Monk Parakeets flew around us along with a couple of the resident Rock Doves on the roof tops plus a wandering White Wagtail on the road. 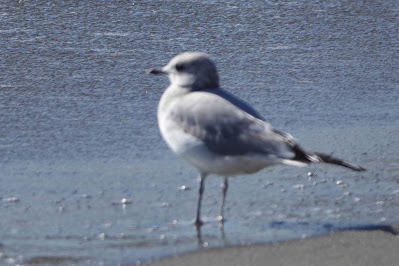 No matter how much we searched the four marina bays, water and yacht riggings, we could not find a Common Gull; no shortage of either Black-headed or Mediterranean Gull but no Common.  Back to the beach area at the harbour entrance, on the way noting the resting gulls and Little Egrets on the outer harbour wall,  where we now found two Spanish birders, one of whom I knew.  With a smile on their faces, they pointed out the Great Black-backed Gull right in front of us, albeit slightly masked by surrounding gulls and apparently ready for its daily siesta.  I think we imagined an older bird rather than the brown immature individual and it took a little time to convince ourselves that this actually was a Great Black-backed.  But, there again, no disputing the extra size and that thick, sturdy neck. 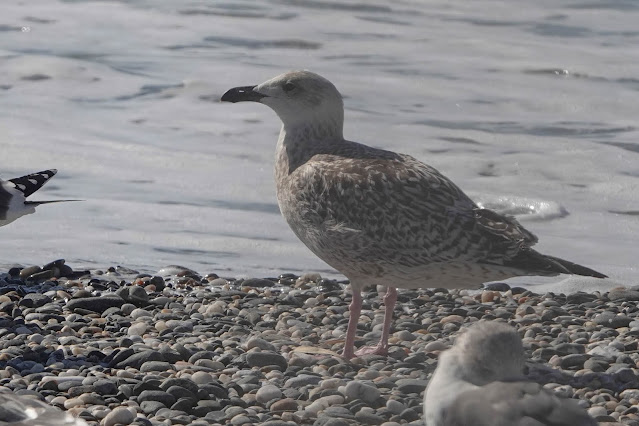 Pushing our luck we then enquired whether or not they had come across the two Common Gulls whereupon they simple pointed to the far end of the beach and then took us down to see and photograph the one second-year individual that was resting near a rock.  Lots of time spent trying to get a half-decent photograph through the fence so we walked the few yards to the lighthouse path but having reached there the bird seemed to have simply disappeared.  Perhaps it had returned to the shelter of the marina whilst our backs were turned for a few minutes.  But, nevertheless, we had seen both our target birds.  Mick then departed for Motril and I made my way home recording both Blackbird and Spotless Starlings. 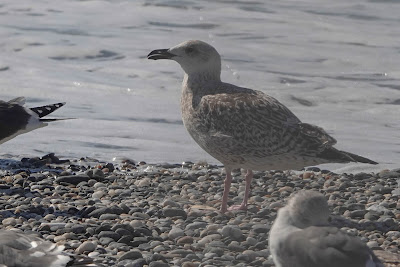 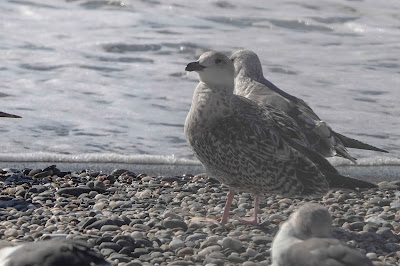 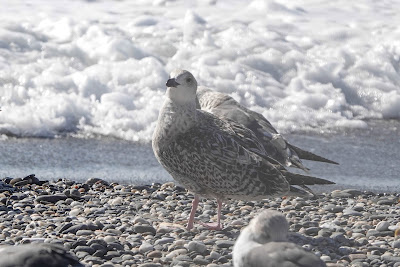 Check out the accompanying website at http://www.birdingaxarquia.weebly.com for the latest sightings, photographs and additional information
Posted by Bob Wright - The Axarquia Birder at 11:22