Up reasonably early and away so that I could complete a good four-hour visit to nearby RSPB Frampton Marsh on the outskirts of Boston, Lincolnshire.  Dry and cloudy start with only a little wind and certainly warmer than I expected - but not so warm that I did not need fleece and sleeveless, after all, this is not sunny Spain!  Just short of Spalding on the A16 I had a roosting Buzzard on a tree to my left and , on the same road, as I approached Frampton a large flock of feeding Rooks on a field to my right.  Then into the reserve itself at 9.05 where I quickly recorded Pheasant, Jay, Crow and Wood Pigeon.

My Canadian friend Peter Thoem always heads his blog as "My Bird of the day."  If I did the same I would already be referring to the pair of Spotted Redshanks but then I had a very close view of a Merlin trying to take a Linnet right in front of the Visitors Centre.  But no, this would still not be the "Bird of the Day" as very late in my stay I finally found the long-staying Long-Billed Dowitcher.  Surely this must have been the "Bird of the Day?"  Not so sure as almost immediately I found the, also long-staying, Cattle Egret.  Now this is a bird I can see by the hundred back in Spain but it was my very first sighting in Britain.  Did I mention both Scaup and Little Stint?

Back to the story of my morning at Frampton Marsh.  As usual with the Visitors Centre not yet open I drove down to the far end of the lane to check out the wet grassland below the high bank, passing a road-crossing Blackbird on the way, where the Long-billed Dowitcher had been recorded for the past week or more.  A Mute Swan and handful of Teal on my right and looking to the large puddles on the left I soon spotted both Avocet and Moorhen.  First the familiar flight call and then I watched the Curlew "sail" overhead and land in the grassland to the west.  But no Dowitcher.  On up to the bank top and looking over the saltmarsh I found a couple of Little Egrets plus another trio on the wet grassland of the reserve below the bank.  Diligent searching of this area found a few more Mute Swans and many Teal along with more than a smattering of Wigeon and the occasional mallard.  Indeed, there were more Shoveler than Mallards. 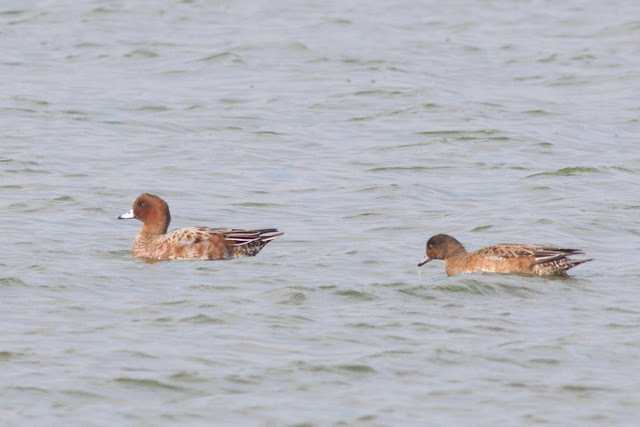 Again, searching the waters below me I soon found a pair of Spotted Redshank feeding alongside a Common Redshank and a little further away a pair of Black-tailed Godwits. A pair of Little Grebe seemed very active so, presumably, this was the deepest water available.  Both Herring and Black-headed Gulls about, mainly the latter, and in the distance more Acocet, Teal and Wigeon.  never helps to meet fellow birders and hear them regale how they had seen the Long-billed Dowitcher on Monday alongside a pair of Black-tailed Godwits whilst trying to find shelter from the wind.  But not for me.  So, as I made my way back to the car I was fortunate to be looking in the right direction at the right time when a Reed Bunting made its very short flight up and over the reeds before disappearing from sight once more and also see a dozen Barn Swallows flying low to the west.  Indeed, I had to drive very slowly along the lane as i carefully followed a Stoat happily ambling along the road's edge.  Eventually I had to pass the animal as it bounded, almost bounced, into the adjacent hedgerow.

Once parked up I made my way to the Visitors Centre where the feeding area was full of House Sparrows, Goldfinches and the occasional Blue Tit.  The water in front held good numbers of Teal and Wigeon and certainly many more Moorhen.  By now I was seeing regular movements of Starling flocks and then a male Kestrel atop the dead tree in front of me.  The raptor took off and passed low and close to the the VC before disappearing left.  But then the bird was suddenly back in the tree but lower down.  As soon as it took flight those of us watching realised that this was not the same bird but  male Merlin which appeared within ten metres of our window and stooped to prey on a Linnet.  We assumed Linnet as it was unsuccessful with the passerine up out of the reeds to be chased and immediately caught by the Merlin.  What a sight as it spread its wings and seemed to "flop" down into the reeds but not before giving excellent views to all those watching from behind the windows.  Meanwhile, the raft of Tufted Ducks seem to float across the distant water.

Whilst all this was going on the warden had found a Scaup at the back of the water moving between a couple of islands which enabled a group of us to zoom in with our scopes.  Also at the back a couple of Shelduck and ,on the beach in front of the hide the appearance of a trio of Meadow Pipits.

So on to the 360 Hide which produced nothing other than two of the present seven Canada Geese there being no water whatsoever.  However, the nearby Reedbed Hide was far more productive.  Lots of Teal and  good numbers of Wigeon along with a small number of Moorhen, Mallard and Shoveler.  Lots more Avocet and a large flock of Black-tailed Godwit before I found the first of a few Pintail.  Further away at least  handful of Shelduck.  All were put up into the air as a Marsh Harrier passed over but soon returned.


This could well have been the end of my morning but the warden had reported that the long-staying Cattle Egret along with a handful of early-arriving Whooper Swans had been see this morning on a scrape at the far south-west of the reserve below the high bank.  So, back to the car, with a pair of Magpies working the field in front, and a drive back to the end of the lane so that I could walk the high bank westwards.  This walk, against the wind, produced a first Snipe and then a couple of Reed Bunting.  Having reached the far end still no sight of the target birds but I did pick out a pair of Egyptian Geese and a trio of Greylag.  So a leisurely walk back to the car and, this time, picking up a first Pied Wagtail and my way as well as the Snipe.

Passing a trio of birders checking out the pool upon reaching the car another birder preparing to leave informed me that the birders I had just passed were checking out a pair of Little Stint and he had seen both the Long-billed Dowitcher and Cattle Egret.  We tried to locate the latter from our cars but insufficient height for the distance required,  What to do?  A no brainer really so about turn and back to the nearby view point.  Not only a pair of Little Stint but also both single  Dunlin and Sanderling along with more Teal and another Avocet.

Next up once more to the high bank and along till I reached the bench and a watching birder.  After telling me where he had last seen the bird I made myself comfortable for the upcoming search.  Spotted Redshanks below and a single Ringed Plover but then, in the furthest pool away, I at last found the Long-billed Dowitcher to add to another Snipe nearer to me. 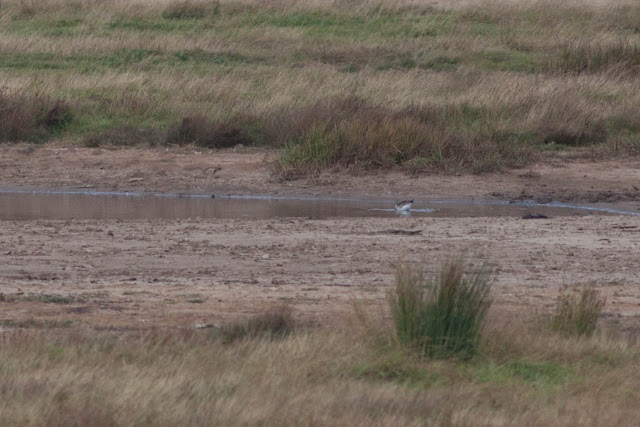 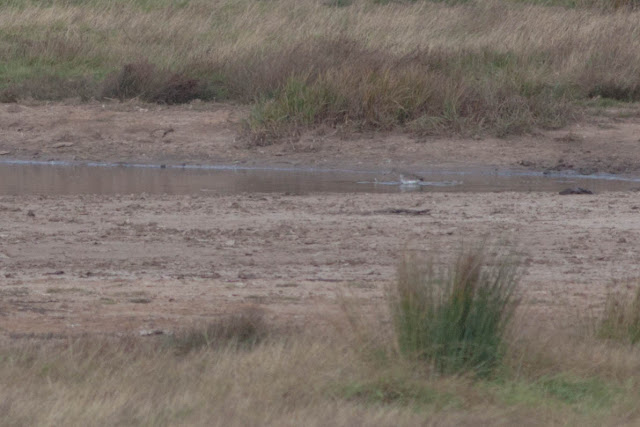 Why stop now?  As a Greenshank passed overhead I concentrated on the very distant herd of beasts and, yes, there was the Cattle Egret.  What a way to end the morning and I even added a Robin as I drove out of the reserve.  Four hours and a few minutes and a total of over 50 species recorded.  Now to Spain. 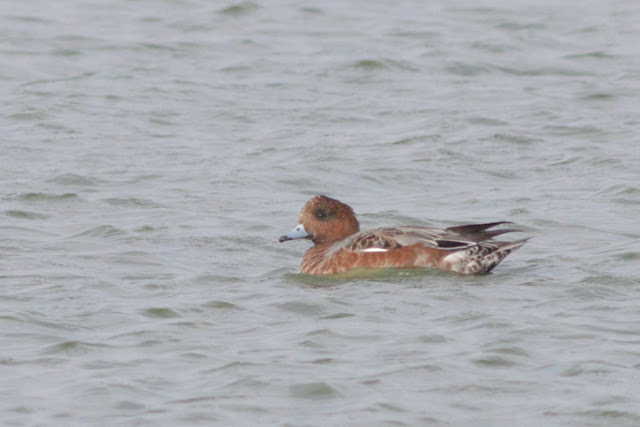 Check out the accompanying website at http://www.birdingaxarquia.weebly.com for the latest sightings, photographs and additional information
Posted by Bob Wright - The Axarquia Birder at 03:55