A Heron morning at the Charca

The promise of a sunny morning so over to the Charca de Suarez in Motril in time for the opening/locking of the gates at 10 o'clock and the reduced visiting time of only three hours recording a resting Kestrel as I approached the site.  No sooner through the gate and I headed off to the Laguna del Taraje and, as I approached along the wooded track, I could see a lone Purple Heron perched at the top of a tall tree on my right.  On reaching the water another four individuals rose and moved about the laguna before disappearing for the moment.  Also present a couple of Purple Swamphen, Coot, Moorhen and a single Little Grebe.  Cetti's Warblers were singing loudly and upon arriving at the new hide at the far end not only more Moorhens and another Purple Swamphen but also a rather handsome Pintail.


Then it was on to the Laguna del Alako Blanco recording a very small flock of Serin on the way along with Great Tits and another couple of Blackbird.  Once in the hide I could see it was going to be a "Heron Morning" as I looked at three Squaco Herons sunning themselves right in front of me and I was pretty sure I would also pick up a Grey Heron before the morning was out.  Also on the water a pair of Black-winged Stilts and a number of Moorhen.  Watching a female Teal steal away from behind the island of dead vegetation I then noticed the well-camouflaged sleeping Snipe on said island.  Lots of time watching the Squacco Herons as they sought differing resting spots in the same basic area in front of the hide. 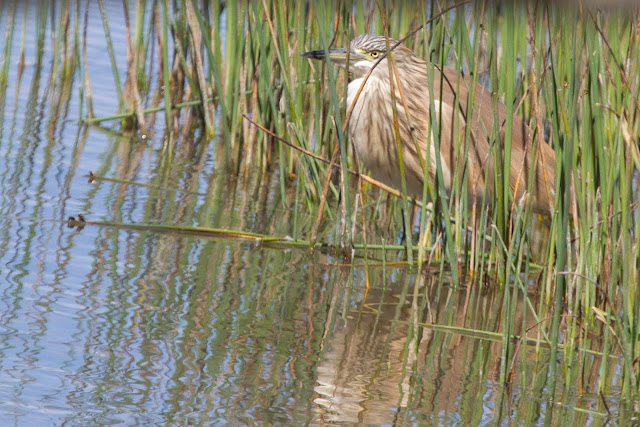 The Laguna de las Aneas looked somewhat barren on first arrival, not so much the lack of bird but the island in front of the hide had been cut back of its vegetation and without any occupants gave a very deserted feel to the site.  However, I was soon noticing the feeding Barn Swallows over the water along with a few Coots and Moorhens.  To the right a pair of both Mallard and Shoveler and towards the back more than a handful of Common Pochard.  Just possible to pick out the pair of Red-knobbed Coots at the very back and to the far right a single Cormorant.  Next to the last a trio of resting Grey Herons.  Whilst scoping the far side to my left I found three of the previous Purple Herons and they were then joined another individual. 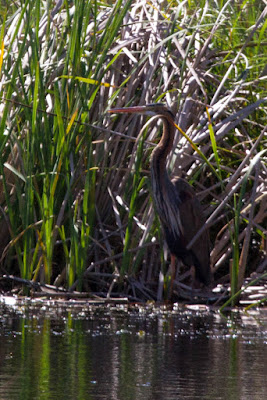 Now on to the Laguna del Trebol but not before a little wander round the memorial tree plantation which, on this occasion, produced my first Nightingale of the year.  As I was about to continue on to the new water I looked u in time to see the adult Night Heron passing overhead so completing the quartet.  Once in the hide as expected the were many close sightings of the breeding Red-knobbed Coots along with yet another Purple Swamphen and the "missing" Purple Heron. Also Common Coots and Moorhens present and no sooner had the female Marsh Harrier paid a visit to this pool than I saw a pair of Waxbill flit down the side and disappear into the reeds at the far end, very close to the resting Mallards.  Whilst here I was joined by local birder, George Lamb who informed me that just after I had left the Laguna del Alamo Banco, whilst trying to take a photograph of the distant Snipe, a Spotted Crake walked in front of the lens immediately next to the Snipe and then seemed to run rather than swim away to the grasses.  And they even had stills and video of the bird!

With a lone Yellow-legged Gull overhead I made my way round to the hide at the far end of the pool discovering a feeding Chiffchaff and many calling Great Tits on the way.  At the last bend I heard my first Reed Warbler of the year and upon arriving back at the Laguna del Trebol actual saw a pair of these small aquatic warblers.  Not only Reed Warblers and the occasional House Sparrow but also a late Bluethroat which came out of cover for the briefest of moments to feed at the water's edge.  Also present,a few metres away from the hide, were a pair of Chameleon, one black and one green plus a tiny Leaf Frog.

With time running out I made my way back to the Laguna del Alamo Blanco in the hope that I, too, might catch a sight of the visiting Spotted Crake that has been on site for at least the past fortnight.  No such luck but one of the Squacco Herons was now much closer to the hide and a pair of Green sandpipers had arrived on the scene.  The last species was a single White wagtail and then it was time to pack-up and make my departure escorted off the site by a handful of Goldfinch.


Home via the back road and down "Turtle Dove Alley" which is now more like driving through a dense forest of Pampas Grass and the only bird picked up was a lone Cattle Egret.  A final total of 37 species and not one Spotless Starling or Rock Dove! 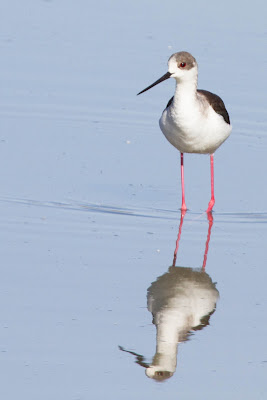 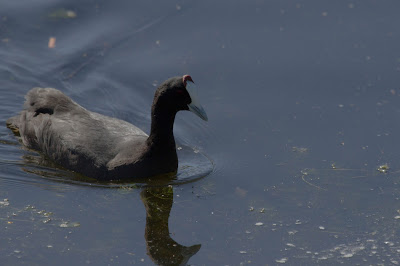 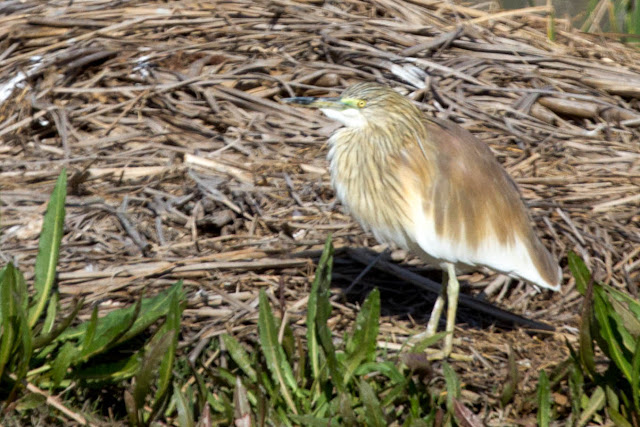 Posted by Bob Wright - The Axarquia Birder at 11:54