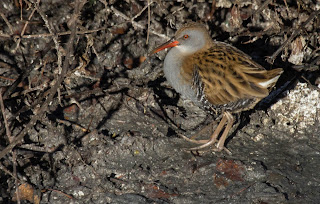 Lovely dry, sunny day but a little on the chilly side as the Axarquia Bird Group met at the small laguneta above Alhama de Granada.  Eight of us present travelling from our part of the region with Steve and Elena Powell from Frigiliana, John and Jenny wainwright from Salar, visit Australians Bob and Noreen Ashford presently renting in Los Romanes, Dutch birding visitor Lisette Heikoop staying in nearby Caleta and myself from Mezquitilla.  Lots of birds to see at the lake and neighbouring track down to the Alhambra gorge then the visit to the woods of El Robledal put the proverbial icing on the cake with not only, at last, my first Firecrests of the year but Crested, Coal and Long-tailed Tits in the same tree and a Short-toed Treecreeper exploring the tree immediately behind.  No wonder we recorded a magnificent 45 species in our extended morning and then Goldfinches, Cattle Egret and a Kestrel on our way home.

Arriving at the laguneta there were a couple of Cormorant on the dam accompanied by a similar number of Coot.  On the water in front about a dozen Mallard and ten, mainly male, Common Pochard.  A couple of Little Grebe were busy diving for food and in the reeds immediately below the hide both Robin and Cetti's Warbler were recorded whilst in the trees above we had Chaffinch and Coal Tit.  A walk through the nearby spinney revealed both Blackbird and Robin.


The walk down the gorge to about 200metres beyond the footbridge over the stream was most productive.  We had hardly started when looking down at the brambles below on a small area of cleared vegetation we had a Water Rail feeding out in the open for at least five minutes and, indeed, remained in the area along with at least one, if not two, other individuals for the whole time we were present.  Not only the Water Rail but first a Grey Wagtail then a White Wagtail.  The Cetti's Watbler presented itself as did both Robin and Wren.

Walking on down the track lots of Chaffinch and Blackcap to be seen and then a good view of a rapidly departing Great Spotted Woodpecker.  At this point we also added Spotless Starling, Mistle Thrush and Chiffchaff followed by both male and female Blue Rock Thrush on top of the right-hand cliff before finding our first of a few Black Redstarts on the opposite side of the gorge.


Then it was round to the far side of the laguneta, noticing a Moorhen on the way, to take the forest rack over to El Robledal and recording our first Jay of the morning before arriving along with a couple of Crested Larks.  Once near the area our first stop produced House Sparrows and a small party of Linnets with a tree full of Corn Buntings to the left. In the distance a solitary Iberian Grey Shrike posed in a tree top and a small flock of Crossbill made their departure from the pine trees.  John and Jenny managed to find the sole Stonechat of the morning and t'other Bob saw the only Hawfinch as it crossed the track in front of him but most of us recorded the rather handsome male Sardinian Warbler.

Our next stop produced a handful of feeding Jays, on the ground, along with many Chaffinch and a couple or more Greenfinch.  Lisette and Bob managed to find a Green Woodpecker.  In the trees above a huge range of small birds as described in the opening paragrapah and, of course, a few Nuthatch. We also managed to add a couple of Blue and Great Tit and in the skies above a small number of feeding Crag Martins and a largish flock of Woodpigeon.  But,as already stated, the best part was finding all those small LBJs before we set off  back down the track to the main road for a very welcome coffee and more at the local venta. 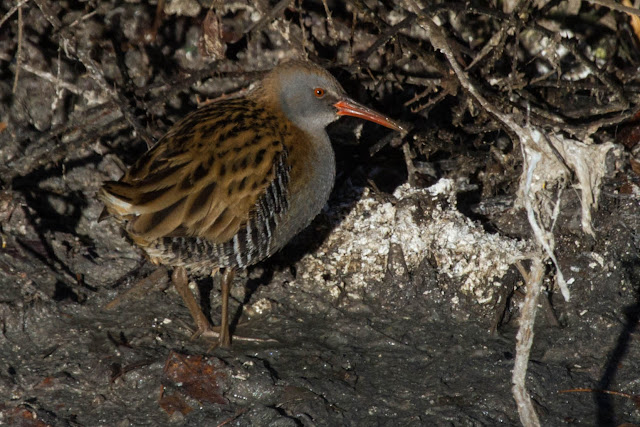 Check out the accompanying website at http://www.birdingaxarquia.weebly.com for the latest sightings, photographs  and additional information
Posted by Bob Wright - The Axarquia Birder at 11:10