Passing through Frampton I had both Carrion Crow and Rooks plus a circling Buzzard.  Arriving at RSPB Frampton Marsh itself at 9.30 this morning I was welcomed by many Wood Pigeon in the adjacent trees and somewhat surprised to see an almost full car par; looks as if every local birder had turned up on site, presumably to find the reported Pectoral Sandpiper and Little Stints.  With the Visitors Centre closed and only the Reedbed Hide open, plenty of room for self-isolation.

Taking a clockwise walk around the Reedbed I mad a stop just inside the picnic site gate to the left of the VC to check out the main water - and certainly plenty of that!  On the island immediately in front of me a sleeping Whooper Swan which had remained after its winter visit and at least eight Spoonbill.  Also present were a number of Mallard and a couple of Little Egret.  On the edge closest to me was a juvenile Little Ringed Plover and the small bay to my right held a couple of Moorhen.

Looking a little further back, away from the VC, not so much the lone Great Black-backed Gull nor the scores of Black-tailed Godwits but suddenly aware that the next island was a solid mass of Knot, there must have been thousands tightly packed together with the odd handful of different species so giving me the opportunity to say, "They're not Knots, they're Black-tailed Godwits!"  And just not these larger waders as close by were scores of feeding Dunlin.

Meanwhile, both on the nearby water and islands were a dozen or so Greylag Geese.  Further away a Mute Swan was swimming to the right and a couple of feeding Little Grebe.  A Common Reshank was observed, probably a juvenile, and the first of very many many Lapwing.


After a prolonged stay and the sighting of a Ruff, time to move on watching the Magpie give up its post on the next gate.  The walk round to the back of the pool produced Goldfinch and both Barn Swallow and Starling put in an appearance.  A couple of quartering Marsh Harriers were seen in the distance and reaching the first corner a Collared Dove on the cottage roof to my left.  Once at the rear and standing on the raised watch point, I could see the Knot flock in its massed numbers along with a dozen Avocet much nearer to hand.  Lots of Dunlin feeding close to the Avocets along with a quartet of Spotted Redshank.


Moving on round to the Reedbed Hide gave me the chance to see far more Lapwing along with a trio of Cormorant.  A quintet of Wigeon swam out from the reeds to my right and I noted the Black-headed Gulls including many well-developed juveniles.  There were a few Coots on the water and, behind me, a Sky Lark was doing what it does best as it ascended towards the heavens.


Reaching the road I turned left and headed off towards the high bank overlooking the reserve to the west and saltmarsh to the east with the Wash in the far distance.  Limited water here but still plenty of Black-tailed Godwits and more Avocets.  The latter appear to have had a good breeding season, especially as their breeding grounds are now protected by the badger-proof fence installed last year.  Checking the wet grassland to the north I noticed the main Canada Geese flock.  A female Tufted Duck put in an appearance with a couple of young ducklings and  the first of the Reed Warblers made its presence known.  An Oystercatcher was present on both sides of the road and more were to be found later when looking down on the reserve form the high bank.


From the high bank I was able to scope the furthest waters to the north where yet more Avocets were seen along with a couple of Mute Swans and a handful of Shelduck.  Having photographed some nearby Black-tailed Godwits immediately below me a Meadow Pipit followed by a single Common Tern flew close by before retuning northwards.


Back to the car to deposit the scope, picking up a departing Green Sandpiper and a the juvenile Little Ringed Plover on the way, then a walk through the wooded edge to the western end of the reserve to look for the Turtle Doves, two pairs having been reported this year.  No luck today albeit I did find a pair of Yellow Wagtails and as I was packing up a Greenfinch in the nearby hedgerow and then a cock Pheasant as I made may way to the reserve exit.  All in all, a most enjoyable three hours and, I suspect, there will be a return visit before returning to Spain in mid-August. 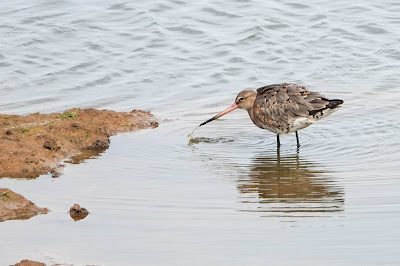 Check out the accompanying website at http://www.birdingaxarquia.weebly.com for the latest sightings, photographs and additional information
Posted by Bob Wright - The Axarquia Birder at 02:51