Birding in the Fens 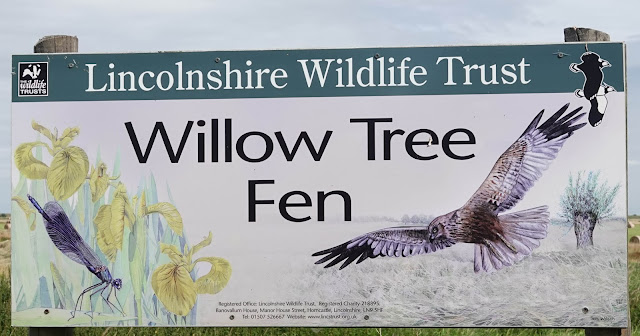 The weather promise tomorrow seems unbearably hot for birding so out this morning by 8.30 to check the local Fens.  First a visit to the, looking lovely, flooded and disused gravel pits at close by Baston, Lincolnshire before carrying on to Baston Fen Reserve followed by Willow Tree Fen Reserve, the last two sites owned and monitored by Lincolnshire Wildfowl Trust.

The two large flooded lakes on either side of the road were looking beautiful as I approached and a good number of Mute Swan and Greylag Geese on the eastern pool whereas the western pool held eight Little Egrets.  This pool, on a small island immediately in front of me, also held single Oystercatcher, Lapwing and Herring Gull.  Further away a number of Mallard and Tufted Duck  plus a couple of Little Grebe.  No shortage of Coots on both lakes and more Mallards and Tufted Ducks on the eastern lake.  Just the one Common Tern noted.  Most of the Black-headed and Lesser Black-backed Gulls were recorded on the western lake.


The nearby fields and wires held a number of Starlings along with a couple of Kestrels.  A large flock of Rooks was feeding on a recently ploughed field as were hundreds of Black-headed Gulls.  A Magpie wandered across the road as I set off for Baston Fen reserve.  All very quiet here and the local men had turned up to mow the meadow so I continued on along the drove to the better-known Willow Tree Fen on the outskirts of Tongue End.

This site is presently closed to the public but visitors are able to use scopes etc to look into the reserve from the entry bridge and Counter Drain bank.  This is the site that has just recorded the first successful breeding of Crane in over 400 years; a first for Lincolnshire.  However, neither adults nor the single chick put in an appearance for my benefit.  The entry is being controlled by members and volunteers to protect the site and I was informed that all were seen before 7am this morning.  Also told that the best times seem to be before 7 in the morning or early evening between 6 and 7pm.  A more detailed report on the successful breeding can be found on the latest Bird Guide, my email copy arriving yesterday. (Contact:  news@email.birdguides.com for more details.)

However, my time spent on the entry bridge with one other local birder and the lady member of the Trust supervising the site from 7 till 10am before handing over to a colleague, was not without interest.  At least five Marsh Harriers and a single Buzzard were noted but my favourite sighting was that of a Hobby quartering the rear of the fields in front.  Most probably the arrival of both Marsh Harriers and the Hobby were sufficient to keep the Cranes out of sight.  Lots and lots of Wood Pigeons on site and Collared Doves behind me.  Smaller birds included a small charm of Goldfinch and a dozen or so House Sparrows.


Looking down the main track into the reserve I was able to also see many Crows and a few Magpies.  A cock Pheasant wandered along the far end picking up gravel and just before departing a large flock of Rooks passed southwards along the back of the site.  This is indeed a lovely site and standing next to the Counter Drain I could not but be impressed by the cleanliness of the water which seemed to be overflowing with healthy young fish.  Managed by the Drains Board no fishing is allowed and, evidently, this is one of the cleanest waters on the Fens, where most are already in a very healthy state.
Birds seen:
Greylag Goose, Mute Swan, Mallard, Tufted Duck, Pheasant, Little Grebe, Little Egret, Marsh Harrier, Buzzard, Kestrel, Hobby, Moorhen, Coot, Oystercatcher, Lapwing, Black-headed Gull, Lesser Black-headed Gull, Herring Gull, Common Tern, Wood Pigeon, Collared Dove, Magpie, Rook, Carrion Crow, Starling, House Sparrow, Goldfinch.


Check out the accompanying website at http://www.birdingaxarquia.weebly.com for the latest sightings, photographs and additional information
Posted by Bob Wright - The Axarquia Birder at 06:03