After all the excitement of driving north through Spain almost immediately after seeing the Red-footed Booby at Caleta, the gems at Daimiel and the White-backed Woodpecker in the Pyrenees it was back to "normal" today as I visited local Rutland Water, arriving just after 6.30 for a couple of hours or so, and got used to the very many Jackdaw, Rook, Wood Pigeon and other common British species.  However, I did have the pleasure of seeing a pair of Bullfinch as I made my way back to the car park.


It was a cold, cloudy and windy morning with the sun only just starting to put its hat on as I was leaving to take a look at both the Lyndon Centre and Upper Hambleton on the way back to Stamford.  Driving along the northern edge of the water I had my first Blackbird, Wood Pigeon and a pair of Magpie on the wires.  A Jay flashed across the road in front of me and, having seen a couple of Carrion Crow, I took the small lane down to Egleton.  The freshly cut field on my left held over an 100 corvids, mainly Rook but also a good number of Jackdaw and in the next fields along a small family of Greylag Geese. Collared Doves as I parked the car and then the walk down to the feeding station outside the Visitors Centre.  A pair of Pheasants were picking up spilt seeds form the hoppers and a Robin came to feed.  Good numbers of both Blue and Great Tit, including many juveniles, and then a couple of Chaffinch.


Off down towards the north passing more Greylag Geese and from the Redshank Hide good views of the numerous Sand Martins and their artificial nesting site.  On the water in front many Black-headed Gulls, they seem to have had a good breeding season, Coot and Mallard.  A small number of Tufted Duck were further back on the water plus Mallard and my first Great Crested Grebe of the day.  It would appear that every lagoon held good numbers of Black-headed Gulls including very many full-grown juveniles. 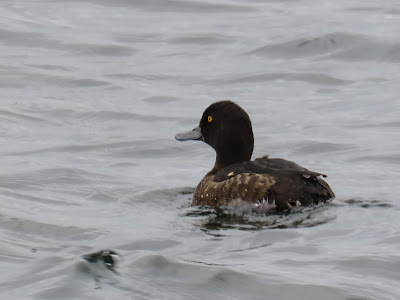 It made a change to see a handful of House Sparrows as I made my way down to lagoon 4 and the Sandpiper Hide. Even better when I watched lone Muntjac DeerMuntiacus reevesi wander through the grass jut the other side of the fence and stop less then four meters away when it looked up, saw me and turned to make a run for the other side.  Until it lopped away I had no realised what a large, upturned tail this deer possessed.  No point trying to get the camera out of my rucksack as I was too busy enjoy the sight whist the deer was unaware of my presence.  I image the animal was downwind of me and picked up my scent - even though I had been in the shower not fifty minutes previously!


Once in the hide many more Greylag Geese to be seen along with even more Black-headed Gulls.  A dozen or more Mute Swans were spread around the pool and at the back a handful of Great Black-backed Gulls.  Nearer to me a small number of Lapwing, a quartet of Little Egret and maybe a dozen or so resting Common Tern.  Just the one Pied Wagtail and a couple of Oystercatchers whilst on the water itself good numbers of both Mallard and Gadwall plus a few more Tufted Duck and a single Shelduck.  Scoping the back of the water I also managed to add a few Pochard and then a small flock of Teal appeared closer to the hide.  Finally, I managed to discover where a small flock of Canada Geese were hiding.


The Buzzard Hide overlooking Lagoon 3 produced more of the same with extra numbers of Shelduck and a Moorhen.  Walking round to the Crake, Lapwing and Smew Hides I could hear numerous Reed Warblers and even a single Cetti's Warbler.  And as I retreated back to the main track outside a male Reed Bunting flew over the fence and across in front of me.It was as I walked back to the gate leading towards Lagoon 1 that the Bullfinch pair flew away from in front of me.  Back at the Visitors Centre I was able to see a departing Heron and a number of resting Cormorant.


A quick visit to the Lyndon Visitors Centre produced noting new; indeed, the only bird to visit the feeders was a single House Sparrow.  Stopping on the bridge at Manton Bay I could just make out the heads of a couple of the four successfully hatched young Ospreys (two male and two female) that had been ringed less than a week ago.  So on up to the end of the road beyond Upper Hambleton where still no sign of an Egyptian Goose but feeding in the field a single Curlew.  Returning from the car having gone to retrieve the camera I mistakenly tried to get a little close to get a half-decent shot but I was seen and bird was up and away.  My last bird of the morning as I made my way through the trees opposite Burley Fishponds was a Buzzard; not a bad way to end an enjoyable couple of hours or so. 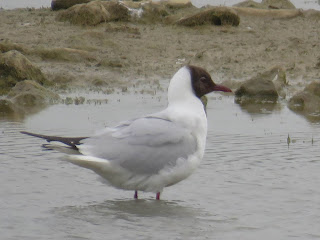 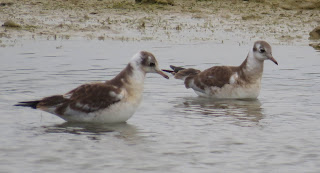 Check out the accompanying website at http://www.birdingaxarquia.weebly.com for the latest sightings, photographs and additional information
Posted by Bob Wright - The Axarquia Birder at 10:04