Eight o'clock saw me, along with friends Derek Etherton and Jerry Laycock, at the small port of Rota near Cadiz.  No sooner breakfast of coffee and toast ordered than the rest of the party joined us for the same.  Having finished we were than informed that a change of plan would see us sailing from relatively nearby Chipiona, so back to the cars.  But the sun was shining, only the hint of the occasional cloud and, upon arriving, with very little wind it looked as if we were in for a very pleasant six hours or so.  Indeed, walking along the quay with its usual sightings of both Yellow-legged and Lesser Black-backed Gulls, nevermind the occasional Barn Swallows it was the four Little Swifts just above our heads that put many a smile on faces as we approached our vessel. 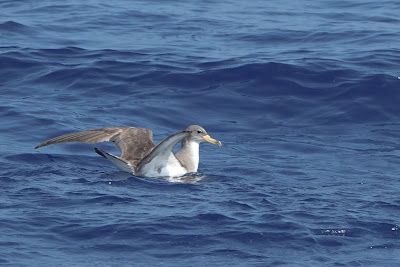 Then we were off, all duly masked up for the safety of others.  Heading west out of Chipiona we spent the next couple of hours or so heading out fifteen nautical miles into the Atlantic with the boat eventually reaching a point where we had over seventy metres below us.  Perhaps calling it a swell journey sums up the rocking and swaying boat as we rolled around trying to keep bins and cameras steady as we continually checked the sea life.  Apart from the continuous supply of gulls, almost from the start we were recording numerous Balearic Shearwaters.  On the other hand, unexpectedly one of the first sightings was a Pomarine Skua.

Whilst awaiting an email to confirm all sighting of the day it would be fair to say that in addition to the very many Balearic Shearwaters  we also recorded Cory's, Great and a Manx Shearwater.    Always lovely to see a "Bonxie" but to have the Great Skua at comparatively close quarters was an absolute privilege.  In addition, we also had a number of Arctic Skuas.

Perhaps because Gannet is a bird that we often see from shore it was most pleasing to be able to follow juvenile, immature and adult birds at close quarters, both in flight and resting on the sea. 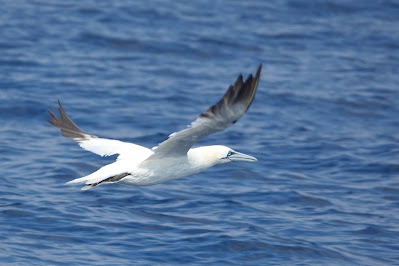 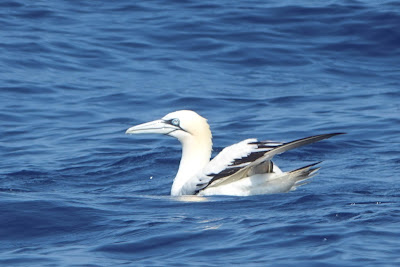 Not long after leaving port we encountered a large group of feeding Sandwich Terns and once well out on the open sea we then added both Common and Black Terns.  Again, in addition to the usual gulls we also had a couple or more Audouin's and then a fly past from a Mediterranean Gull.

And so time came to start on our return to Chipiona, a journey that in itself took a little over two hours, and all the while more Gannets and especially Balearic Shearwaters.  And as we tied up at the quay there were four Turnstones to welcome us back to dry land.  A fabulous day in great company and many thanks to Javi and Yeray from "Birding the Strait" who organised the palegic. 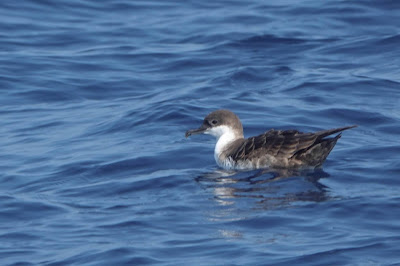 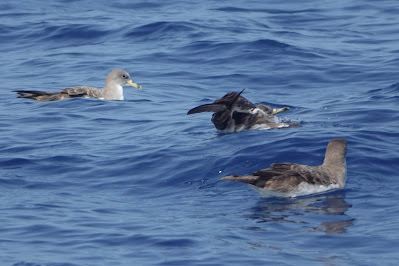 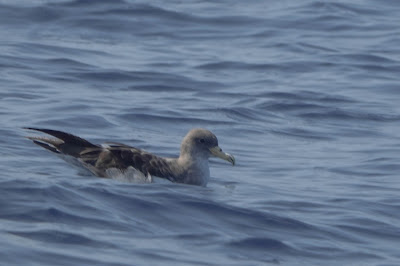 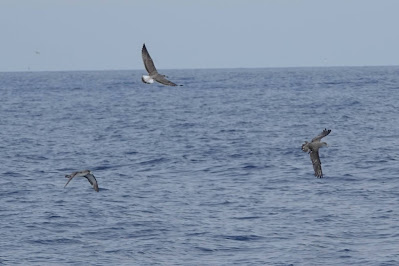 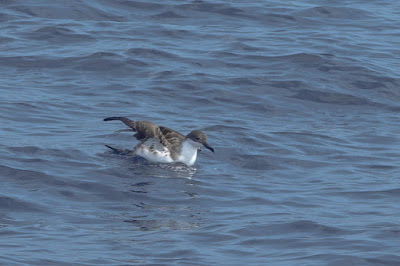 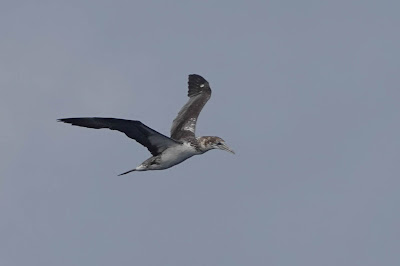 Check out the accompanying website at http://www.birdingaxarquia.weebly.com for the latest sightings, photographs and additional information
Posted by Bob Wright - The Axarquia Birder at 10:05