It might be "Valentine's Day" but somebody loves me as, taking Jenny off this morning for Tai-Chi class, I was left to check out the harbout at Caleta, Velez Malaga.  Was this to be my lucky day?  It most certainly was as I was able to get very close views of the Iceland Gull Larus glaucoides that has been in residence for the past week.

On arrival just after 10 I first checked out the entrance to the inner harbour; nothing.  Next the outer harbour and then the more open water.  No sign of the Iceland Gull so decided I would just have to plough through the hundreds of gulls resting on the beach. And there it was, right in front of me, second gull from the end.  So close and obliging almost as if it was wearing a plaque saying "Please take my photo!"  So I did, many times over.

In the end I had shots of its flanks back and front.  It hopped about occasionally as a wave or to got too close or rough then finally took flight with its neighbours for a quick ten metre spin before returning to almost the same spot.  Eventually, the bird took to the air once more and this time decided it was better off resting on the water about ten metres form the shore.  No problem for me as I now had flight and water-based shots of the bird. 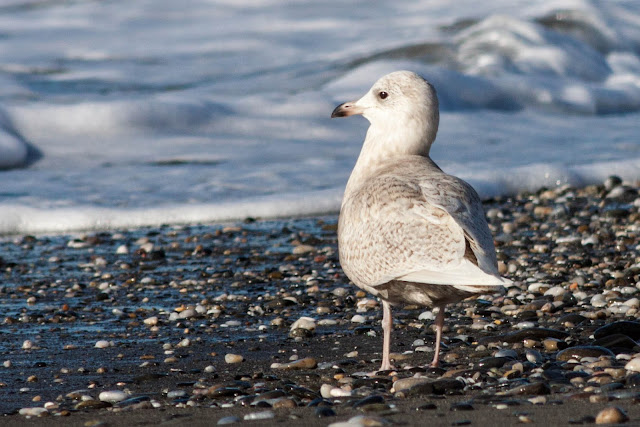 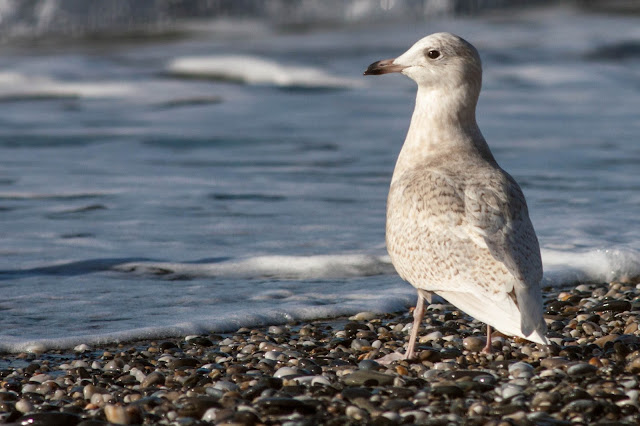 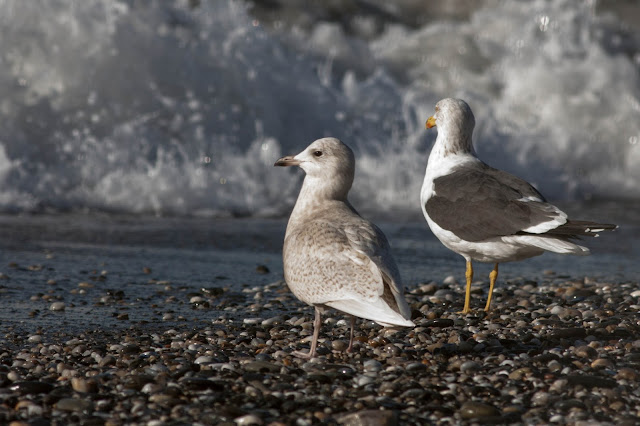 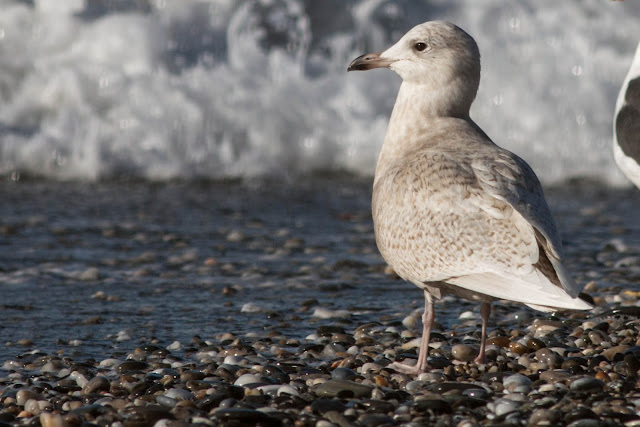 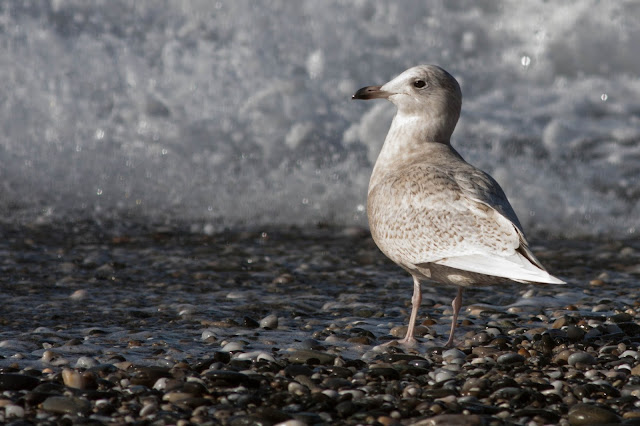 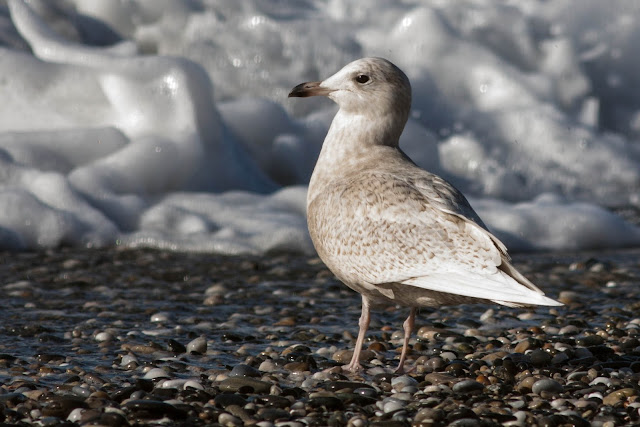 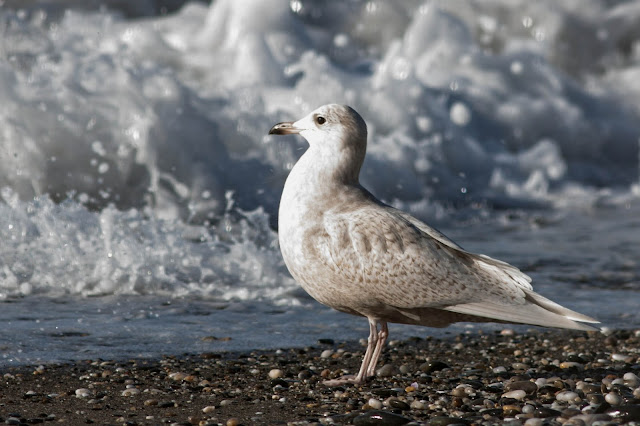 Check out the accompanying website at http://www.birdingaxarquia.weebly.com for the latest sightings, photographs  and additional information
Posted by Bob Wright - The Axarquia Birder at 05:53