A few days staying with my brother-in-law, Chris at this new home near the mouth of the Hamble River in Warsash was the perfect opportunity to pay a visit to nearby Titchfield Haven Reserve at the mouth of the river Meon about fifteen minutes drive away.  Thursday saw about an hour without actually entering the reserve and then calling in at the (even more) nearby Hook-with-Warsash reserve on the way home.  Lovely sunny weather but rather cloudy when I made my way back to Titchfield Haven this morning for a couple of hours to take a closer look at the  western side of the site, the east being closed for path repairs.

One bird not in short supply on the Hampshire coast is the Wood Pigeon, they are everywhere.  On the other hand I only saw one pair of Collared Doves over both days.  Approaching the site on Friday morning the tide was on its way out and when it moves it moves fast as soon there was a lovely beach of mus and shingle to attract even more Black-headed Gulls.  A walk towards the Visitors centre gave me an opportunity to use the viewing area from the main road where there was certainly evidence of successful breeding by Black-headed Gulls, Common Terns, Coots, Mallards and Canada Geese.  Some of the above were still occupying the erected nest box platforms in the water whilst on the small island immediately in front I observed Cormorants and Moorhens.  Up river I could see a family of Tufted Ducks and a lone Little Grebe and walking back to the car, parked on the front overlooking the sea, I managed to encounter both Blackbirds and Common Starlings.

A Magpie flew over the reserve to be joined by another and there were a few House Sparrows in the vicinity.  Returning to the observation area I managed to also record both Oystercatcher and Herring Gull.

The walk along the footpath through the Warsash reserve produced  number of young Robins as well as adults plus both Great Tit and Chiffchaff and then a couple of Carrion Crows and a very small charm of Golfinches. If you are on your own and it is quiet it is amazing the number of species that will come down on the paths as witnessed above.  However, I still wait to identify one species as per the attached photographs.  I immediately discounted a juvenile Robin and began to think Lesser Whitethroat until I got a clearer view of its head.  Perhaps the old adage is correct; Garden Warbler, distinguished by have no obvious distinguishing features!  There is a hint of green in one shot so more then happy to receive suggestions so that I can amend this blog. 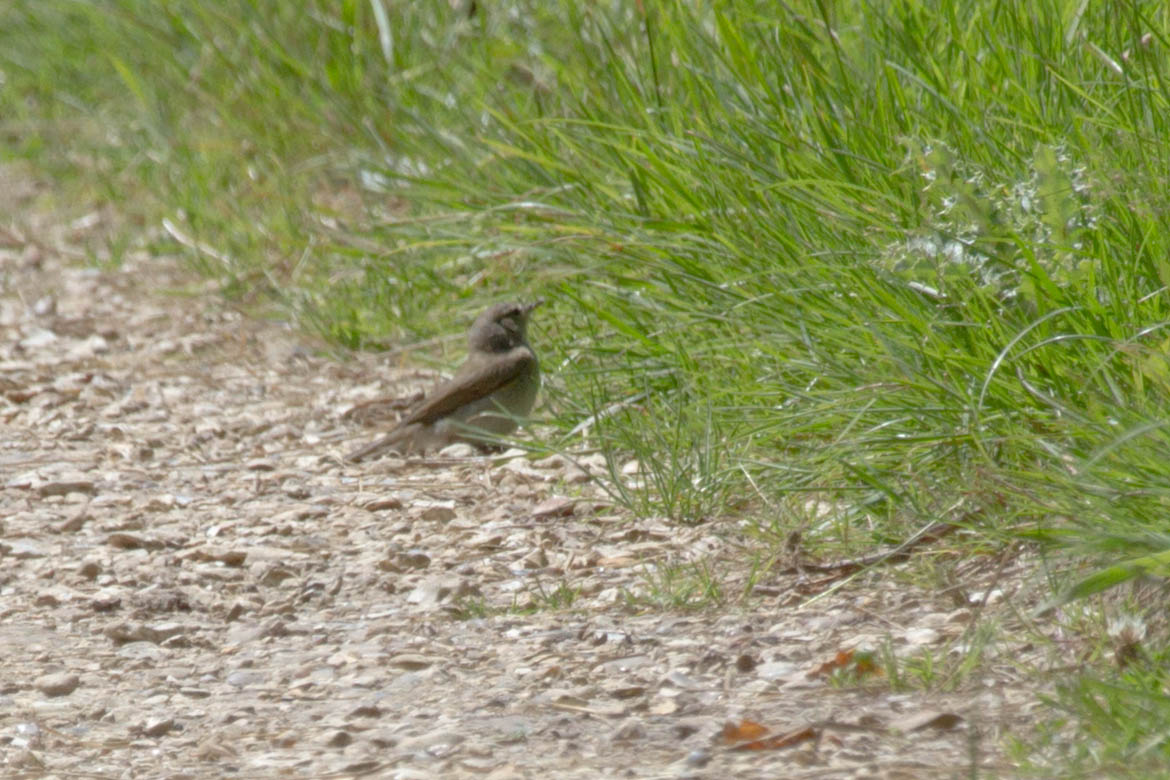 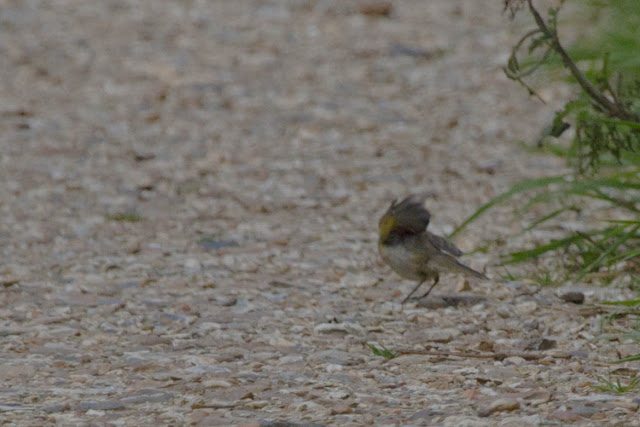 Today saw me back at Titchfield Haven for a couple of hours and the roadside observation area produced a number of Common Terns on the boxes along with Cormorants, Coots, Mallards and Moorhens.  The Canada Geese tribe, all twenty plus, were happily paddling across the back of the water and a small flock of Starlings were resting on the wires of the moored yachts in the small harbour.


Admission ticket purchased I entered the gate to the western side of the reserve as a pair of Avocets flew around overhead with the occasional drop on to the beach and even the sea itself.  At the time I thought this was something special until I reached the various scrapes and discovered that there must be a resident, including breeding, population of approaching 100 individuals.  In addition, my sole Little Egret was on a spit off the beach and nearby a family of five Carrion Crows also foraging away.

Seen from the Meon Hide, in addition to the Avocets and Black-headed Gulls, there must have been in excess of 50 Black-tailed Godwits, most still in their gorgeous summer plumage.  After confirming that there were still Lapwings about to be seen I noticed that the Shelduck present had also had a successful breeding season with a number of well-grown juveniles on show to the public.  At least three Redshanks were recorded along with a number of Moorhens and a score or more of Common Terns were resting in this scrape.  Further back a single Grey Heron was on the look out for a tasty snack and was later seen doing justice to an eel.  A cock Pheasant wandered out at the back of the scrape and a handful of Magpies were in the immediate vicinity.

Moving on the Pumfrett Hide gave a closer view of the North Scrape and conformed the birds seen form the former hide.  Whilst here watching a pair of Redshank and a small number of Oystercatchers, I was suddenly interrupted by the arrival of seven Dunlin quickly followed by a further five to bring up the round dozen.  The Magpies ventured closer and both Yellow-legged and Herring Gulls were recorded.

On to the Spurgin Hide overlooking Eleven Acre Mere and the reward for the walk with a close fly-past by a Kingfisher.  Away to my left a quartering Marsh Harrier was briefly seen before it disappeared into nearby trees.  But, on the whole, much quieter here with a smaller number of Avocets, Black-tailed Godwits, Black-headed Gulls and Mallards along with just the one pair of Oystercatchers.

With time running out I made my way back to the Meon Hide for a final check and noted the arrival of both Barn Swallows and House Martins and a second, distant, appearance of the Marsh Harrier.  Lest you would think otherwise, there was still an abundance of Wood Pigeons!


Check out the accompanying website at http://www.birdingaxarquia.weebly.com for the latest sightings, photographs and additional information.
Posted by Bob Wright - The Axarquia Birder at 14:30