Now for some Ducks and Swans

A late start this morning arriving at Deeping Lakes in Lincolnshire at about 10.30 where I soon found a few Cormorants and the first ducks of the day; Mallard, Wigeon and Gadwall.  On to the hide overlooking the main water where I very quickly added both Coot and Moorhen then picked up a couple of of Wigeon, Shoveler and Tufted Duck. Just the single Great Crested Grebe but a couple of Herons flew over and settled on the far side and there was no shortage of Wood Pigeons and the occasional Collared Dove.  One or two Blackbirds before picking out the Mute Swans and a good number of Greylag Geese.  Very few gulls present but I did see a handful of Herring and Black-headed Gulls. It was lovely to find a very small number of Goldeneye and the flock of Canada Geese before I started to make my way back to the muddy car park. 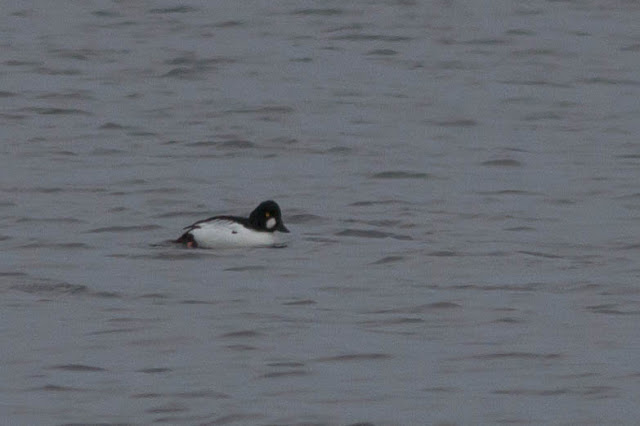 Just about to cross the little footbridge when I noticed the movement in the bush immediately in front so stopped to watch the busy activity of a feeding flock of about a dozen Long-tailed Tits, such lovely and lively little chaps.  Then the constant calling drew my attention to the motley collection of Jackdaws on the other side of the car park pond followed by a small number of Rooks as I headed for the main road. 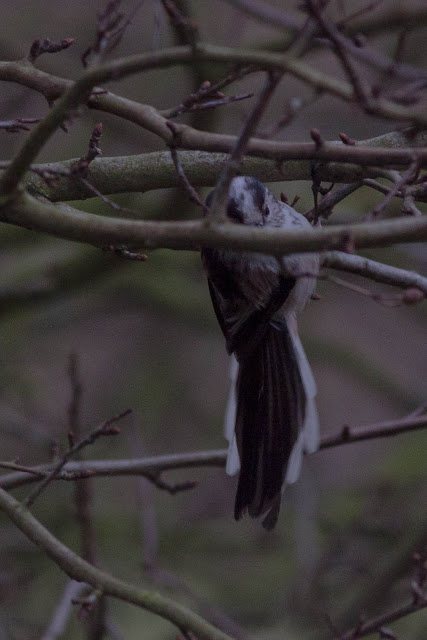 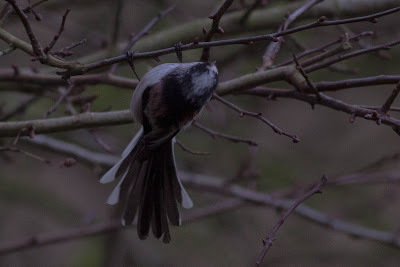 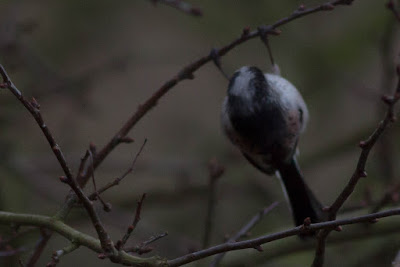 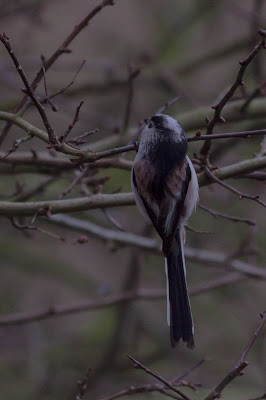 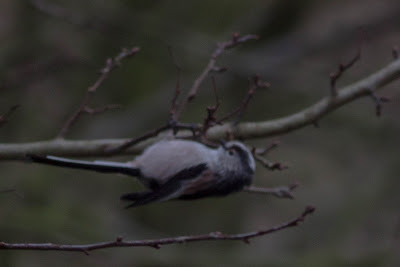 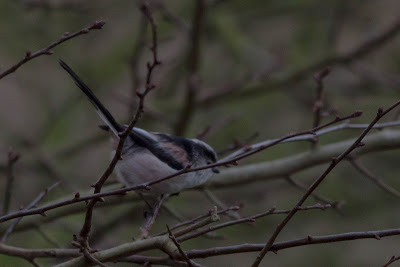 Back to Stamford to collect my Internet order from Rohans (shop) and a very early lunch before heading off to the Ouse Washes at Welney Nature Reserve which, to my great surprise, is less then fifty minutes away.  Greeted for the noise of scores of Whooper Swans, presumably getting angry because the daily feed had yet to arrive, and a number of House Sparrows plus Chaffinch and Blackbird on and around the feeders I made my way up to the observation platform.

A look at the nearby feeders produced Goldfinches, Tree Sparrows, Greenfinches, Great and Blue Tits along with a Reed Bunting.  back amongst the Whooper Swans I also noted the odd Black-headed Gull and watched as a female Marsh Harrier drifted low across the grass behind them.  This was not, however, the raptor to which other observers were referring as, sat on a distant post, was a rather lovely Sparrowhawk.  A Kestrel also resting on a post was observes from the other side of the platform to complete the raptor observation.  Way to the back beyond the main Whooper Swan flock I managed to pick up a trio of Shelduck. 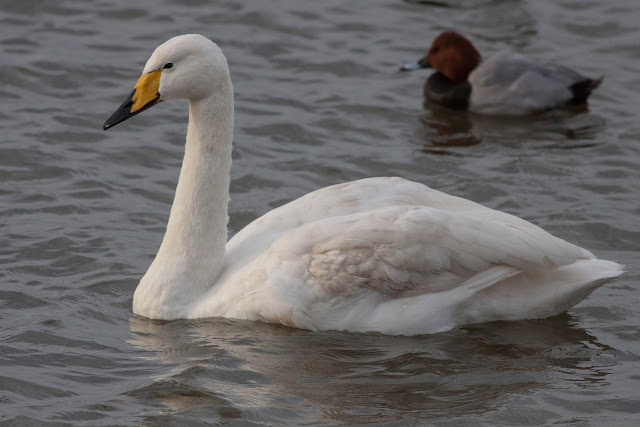 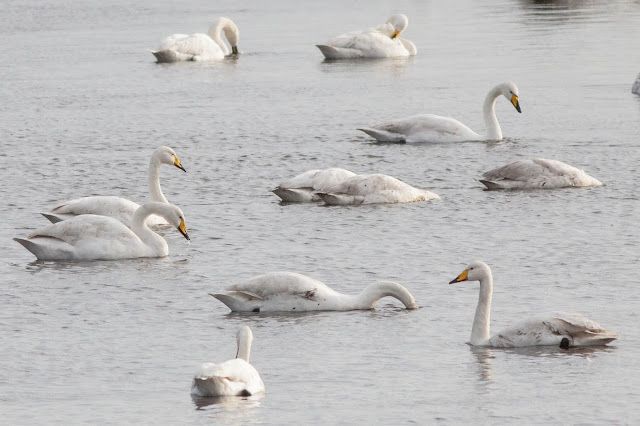 Crossing the road bridge and smiling as I watched a couple of birders below debating how to get past the pair of Mute Swans that were occupying the path, I entered the first hide and felt as if I was actually sitting amongst the ducks and swans that were immediately in front and below me.  Mainly Mute Swans and Mallards it appeared at first but I soon noticed that there were also scores of Pochards and very many Whooper Swans.  The occasional Tufted Duck paddled in to view and there were very many more of these birds further out.

Panning right with my scope I picked up about a dozen more resting Whooper Swans but on the extreme end of this spit rested a single Bewick's Swan, the only individual present as far as I could see and be informed by others present.  On the same spit I found most of the waders, albeit the lapwing could be quite flighty at times and were present in great number.  A large flock of Dunlin and at least one Ruff the I found the handful of Redshank.  nearby a score of Black-tailed Godwits and then, as I scoped left, the hundreds of Wigeon came into view.


Finally, not only did I locate the few Teal that were present but also a single Pintail. By now the Common Starlings were on the move and looking back at the swans and ducks below me I noted that the group had been joined by Wigeons and far more Tufted Ducks.  A most interesting visit and so back for the, relatively, short drive to Stamford and time to tidy up the house before finally reading the morning's paper; now that was a special treat, the paper reading that is, that I do not have in Mezquitilla!

Check out the accompanying website at http://www.birdingaxarquia.weebly.com for the latest sightings, photographs and additional information.
Posted by Bob Wright - The Axarquia Birder at 09:54