A relatively calm, clear and sunny start to the day following heavy overnight rain so time to come out of self-isolation (at last!) and spend a couple of hours or so at nearby local patch, Rutland Water. At last, hopefully a range of birds rather than just the Jackdaws and Starlings seen from the garden.

Approaching Rutland Water I first went to see what might be about on Fishponds and North Arm and a quick stop near Burley Fishponds found rather few birds about but those present included Wigeon, Cormorant and a pair of Gadwall having already recorded a Magpie as I approached the private road.  In the far distance a Great White Egret and Little Egret plus Wood Pigeons resting in the trees on the opposite bank along with a couple of Grey Herons.  On up past Hambledon tot the end of the track, lots of cars about as many people seemed to be taking advantage of the chance to exercise now the weather had improved, and returning the same way a couple of stops to look at the same water from a higher vantage point.  This soon produced large numbers of both Greylag and Canada Geese plus many more Mute Swams and a closer view of the Great White Egret. Both Dunnock and Blackbird crossed the road in front of me and in the field to my left the first Carrion Crow of the morning.  Also on the water a single Great Crested Grebe and a number of Black-headed and single Lesser Black-backed Gull.

Left turn towards Egleton and the last fields on the right held a large flock of feeding Rooks, probably approaching 100 individuals.  Once parked up, the first stop was at the Feeding Station in front of the Visitors Centre which seemed very quiet, the time now approaching 10 o'clock.  Both Blue and Great Tit along with the occasional Chaffinch and even a Moorhen occupying the pond.

Having paid my entrance fee I first headed south towards the Mallard Hide passing a pair of Egyptian Geese and Carrion Crow resting in the open field on my right just outside the reserve.  From the hide I had a better view of the birds occupying Lagoon 1.  Lots of Lapwing and Wigeon along with more Great White Egrets, Shoveler, Shelduck and Mallard.  A small number of Teal near the shore and then I found a pair of Avocet to the left of the nearest island in front of the hide.  Returning to the Visitors Centre car park I came across a few Jackdaw in the old tree near the Feeding Station and then off northwards to see what else might be about. 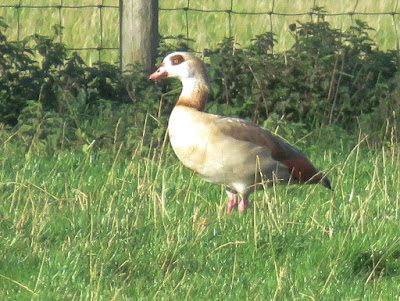 Walking on towards the Redshank hide I cam across a busy little Robin and looking up was able to see the distant, soaring Buzzard. Nothing extra to report from either Redshank or Grebe Hides other than the Stonechat at the former but upon returning to the main path I happened to see a light shape in the small tree on the opposite side of the field.  Only bins with me but having heard of the recent sighting  of a few Redwing in the area did my best but the bird seemed wrong.  Wondered if a possible Fieldfare but a little on the small side as it was concealed in the branches.  Record photographs taken form a couple of distant viewpoints and upon returning home was able to put my mind at rest and confirm a resting Song Thrush; still a lovely bird to come across.

Closer views of Wigeon and Moorhens from the Osprey Hide and then on up to the Sandpiper Hide overlooking Lagoon 4.  No small birds about but a few close Wigeon and the occasional Moorhen.  In the distance a number of Mute Swans and just the single Little Egret but the main flocks were the very distant Black-headed Gulls and a large number of both Lapwing and Golden Plover.  The latter were mainly congregated to my left and must have totalled well in excess of 100 if not double the number given that part of the area was hidden by vegetation.

Moving ion the Lagoon 3 and the Shoveler Hide I immediately became aware of how few ducks were actually on the water.  A small number of Wigeon and Teal and, of course, more Lapwing.  However, off to my left quite a gathering Great White Egrets accompanied by a few Little Egrets.

Nearer to me, on my immediate left, a group of 8 Snipe were bust feeding at the water's edge.  Scanning the far reed edge I picked up a few Heron and more Moorhen but where were all the Coot?  Just as I was about to depart a Marsh Harrier drifted right across the back of the water revealing more and more Cormorants.

Closer were of the egrets whilst at the Buzzard Hide where I also came across a couple of Tufted Duck and a distant pair of Goldeneye.  The Crake Hide provided  few more close Wigeon and a Little Egret whilst at the Lapwing Hide overlooking the South Arm revealed a number of Great Crested Grebes but, again, no Coots.  On the other hand, obvious to where all the Tufted Duck flock had relocated.  Walking towards the Lapwing Hide I had a Wren "skip" across the track in front of me and on my way back I almost fell over as the sudden mix of a deep "bark" and "squeeling pig" indicated that a water rail was close at hand behind the fence in the shallow water.

Calling in at the Smew Hide on the way back I found that this area of Lagoon 2 held a good supply of Gadwall as well as yet more Wigeon.

And so back to the Visitors Centre to report my findings before heading back to the car park to change out of walking boots, etc and make my way home via an anti-clockwise circuit of the water.  A stop at Lyndon Visitors centre enable me to find a large flock of Coot and on the feeders Greenfinch, Chaffinch and both Blue and Great Tits.  A handful of Long-tailed Tits arrived at the far hedge and a Dunnock seen in the bush next to the feeders.  On the far side of the water from the Teal Hide a very large gathering of both Mute Swans and Little Egret.  Even a few Teal close at hand to give meaning to the hide's name!

Finally time to head home and approaching the closed entrance to the dam a couple of Pheasants in the field to my right.  Nothing to be seen on the deep water so off home and back in Stamford before I saw my first Collared Dove and Starling of the day.  But still no House Sparrows today. 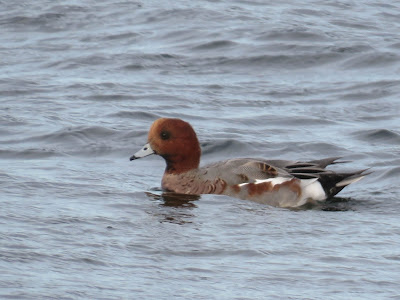 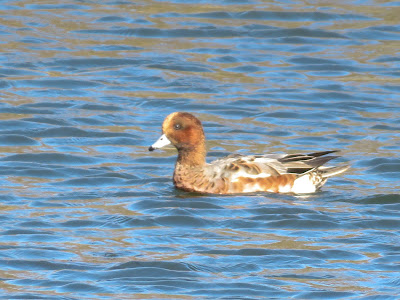 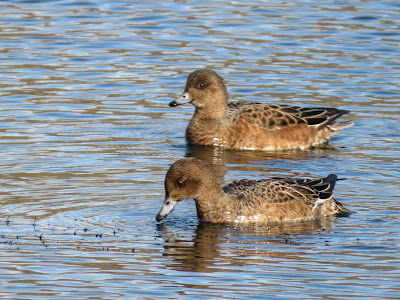 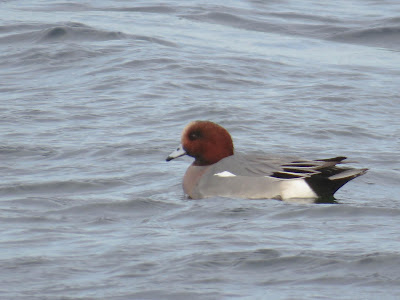 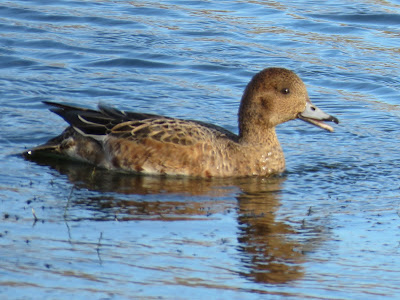 Check out the accompanying website at http://www.birdingaxarquia.weebly.com for the latest sightings, photographs and additional information
Posted by Bob Wright - The Axarquia Birder at 05:36